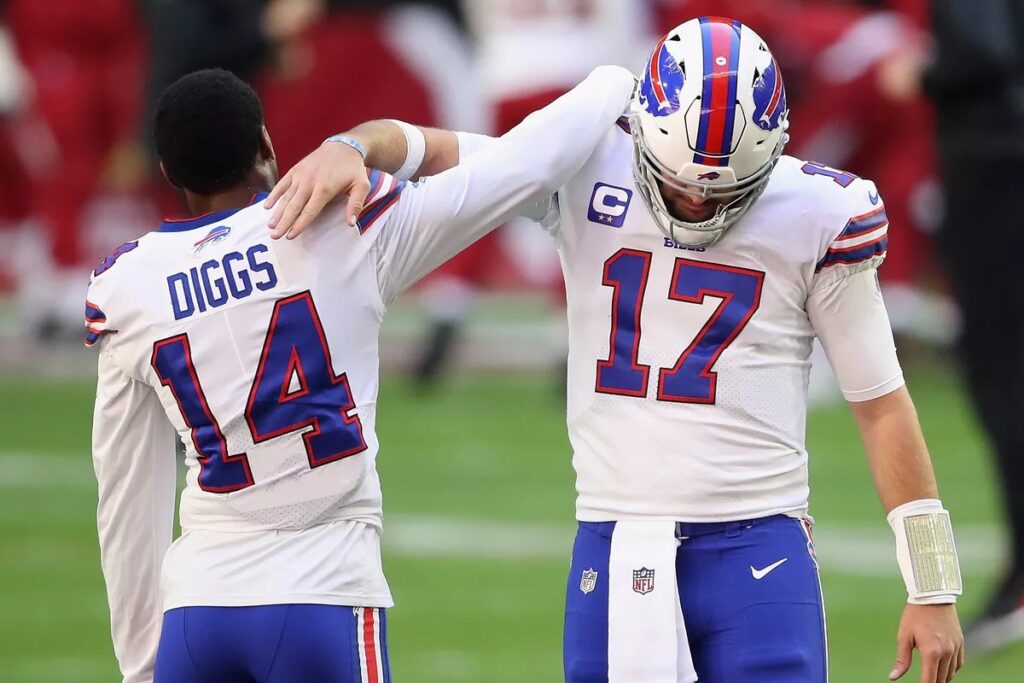 You don’t need us to tell you that this has been one of the strangest years in the history of sports. Nowhere is this more evident than the National Football League. To their credit, the NFL has managed to make it through the 2020 regular season which is an accomplishment in itself. There were several points during the campaign that it looked as if the proverbial wheels were about to come off but here we are heading into Week 17. The final week of the season is always a tough handicap but the breakdown of the games always depends on their significance. Some teams are already in, some teams are already out but a number of teams are still scrapping for a playoff seeding.

Unfortunately, its already guaranteed that some team is going to get screwed. The NFC East has been a grease fire all year long but the reality is that one of the teams in the division will actually finish in first place. And despite what will be the worst record by a playoff team in NFL history they’ll qualify for the postseason. Now the bad news–depending on how things break a team with an 11-5 record could find themselves out of the playoffs in the AFC. Think of how bad it will suck for that team when they turn on the TV next week and see the NFC East divisional ‘winner’ playing postseason football with a record no better than 7-9.

If there’s any sort of poetic justice it would be great to see the Washington Redski….er….Washington Football Team in the playoffs after Ron Rivera’s first season at the helm. Rivera is a damn good coach and definitely wasn’t the problem in Carolina. The Panthers, meanwhile, have already been eliminated from the postseason at 5-10. Unfortunately, there’s a chance that the Dallas Cowboys or possibly even the New York Giants(!) could back into the postseason. The NFC East is a good place to start looking at playoff scenarios:

For the ‘Football Team’ their route to the playoffs is simple. If they win, they’re in. Their quarterback situation has improved dramatically in the past 24 hours and it now looks like Alex Smith will be able to get the start. He’s been upgraded to ‘probable’ which is good since Kyle Allen is done for the year. Washington released quarterback Dwayne Haskins last week meaning their only other option at QB is Taylor Heinicke who just a few weeks ago was taking some pretty hardcore online classes to finish his degree at Old Dominion. Here’s how the Wall Street Journal described his course load:

If Alex Smith can’t play because of a calf injury, the Football Team will start Taylor Heinicke, who earlier in December was taking online classes—number theory, partial differential equations, applied numerical methods and math and nature—at Old Dominion to wrap up his degree. He had taken two of his finals when Washington called, forcing him to send an awkward email to his professors asking if he could wait to take the other two after the season.

“They were pretty nice about it,” Heinicke said.

Heinicke is an Engineering major so he’s got options but it would be nice to see him get some run in the NFL. He’s by all accounts a very good dude who has taken the tough road to play on Sundays including stops in Minnesota, New England, Houston and Carolina along with a brief stint with the St. Louis BattleHawks of the XFL. He might not have the athleticism of Dwayne Haskins but he’s got toughness and smarts.

Washington will play at Philadelphia today with the Eagles the only divisional team not still in the playoff hunt. Philly is 4-10-1 with questionable motivation. The Eagles opened as a -2.5 point favorite at the Westgate but the Redskins have taken all the money and are up to a -3.5 favorite there with quite a few books at -4.

If the ‘Football Team’ wins the rest of the division is irrelevant but since the NFL has put them into the 5:20 Pacific prime time game it means that the Cowboys and Giants won’t be able to just phone it in when they play an early 10 AM Pacific game. Dallas is -1.5 though Chris Andrews at the South Point in Las Vegas told VSIN that after they opened Dallas -3 they took some sharp money on the underdog. Once they moved to -2.5, it attracted some respected play on the Cowboys. They moved it back to 3 and more money came for the Giants.

The Arizona Cardinals at Los Angeles Rams and the Green Bay Packers at Chicago Bears will determine the wild card spots in the NFC. Both games go at 1:25 PM Pacific. The Rams and the Bears can both go to the playoffs with a win. If the Bears lose, the Rams are in regardless. If the Cardinals lose, the Bears are in regardless. If Arizona beats Los Angeles they’re in. Cardinals are -2.5 or -3 +100, Packers are a -4 favorite over the Bears. Game isn’t meaningless for the Pack as they’re trying to clinch home field advantage.

Titans can take the top spot in the division with a win OR a Colts loss. The Colts need to win and have the Titans lose to win the division. Tennessee is -7 or -7.5 at Houston, Colts are -14 at home against Jacksonville. Bookmakers are reporting little interest taking or laying in the Colts/Jags game. Some sharp money on Houston +7.5 from ‘sharps’ but now the public is backing the favorite and pushing the line up. Another downward move near post time wouldn’t surprise.

Miami can make playoffs with a win OR Baltimore loss OR Indy loss OR Cleveland loss.

Baltimore needs a win OR Browns loss OR Colts loss.

Cleveland needs a win OR Colts loss OR a Tennessee loss plus wins by Baltimore, Indy and Miami.

Cleveland is hosting Pittsburgh and are -9 favorites. Steelers just playing for the #2 seed.