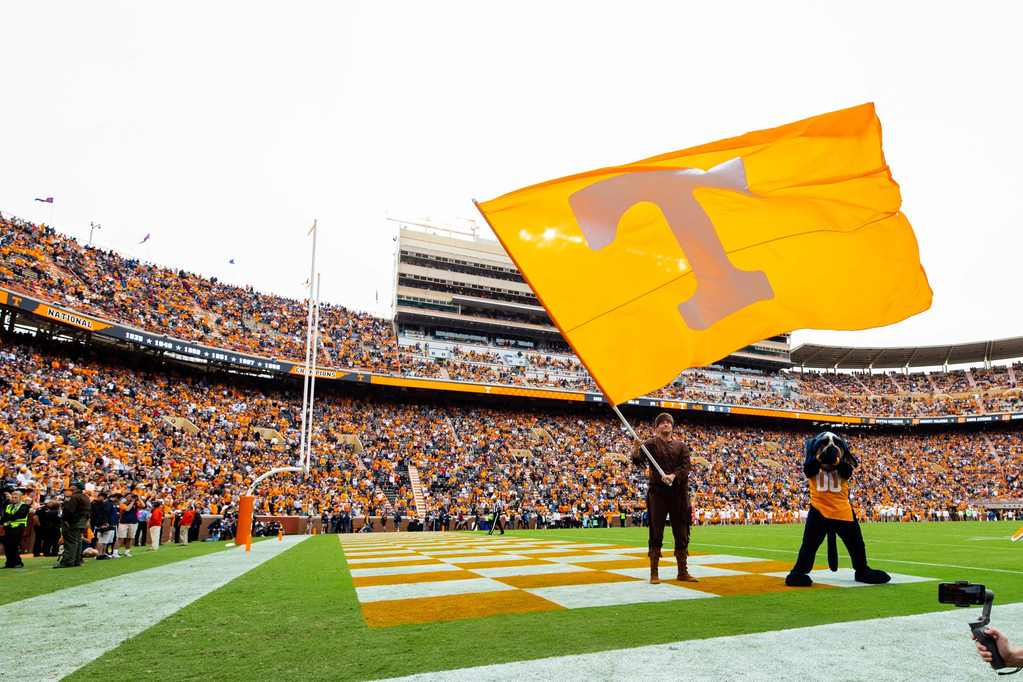 The University of Tennessee didn’t just throw head coach Jeremy Pruitt under the proverbial bus. It was evident that he was in over his head a long time ago and the only justification they needed was this year’s 3-7 record. UT went way beyond that, however, by not only throwing Pruitt under the bus but backing over him a few times just to make sure the job was done.

Instead of just firing the incompetent Pruitt and letting that be that UT went the extra mile and fired him ‘for cause’. This necessitated a school investigation that revealed ‘multiple Level I and Level II NCAA recruiting violations’. Nine staff members also got pink slipped and athletic director Phillip Fulmer was allowed to maintain a veneer of dignity by ‘retiring’ instead of being fired.

With the ‘for cause’ firing, Tennessee won’t be on the hook for any of his $12.6 million buyout, nor will they have to pay buyouts to assistants Brian Niedermeyer and Shelton Felton. Less than four months ago, UT gave Pruitt a contract extension for some inexplicable reason. No surprise that Pruitt has ‘lawyered up’ and who can blame him. His lawyer is contending that the firing was ‘orchestrated by the University’ and that the firing looks ‘to be preordained and more about financial convenience and expediency than a fair and complete factual determination by the University’ which it clearly is.

Here’s some of the quotes. Remind me to look up Attorney Michael Lyons of the firm Lyons & Simmons if I’m ever in need of legal representation in Tennessee because based on these quotes this guy is good:

“He is extremely disappointed with the decision, the public announcement of which was made prior to any substantive opportunity to respond before the appropriate decision makers. We believe the decision to be the culmination of an orchestrated effort to renege on contractual promises made to Coach Pruitt upon his hiring in 2017 and reiterated less than five months ago.”

“The timing of the University’s actions and decision appear to be preordained and more about financial convenience and expediency than a fair and complete factual determination by the University. Moreover, it seems clear the recent leaks to the press are indicative of an interest to steer the narrative in a way that is desirable to the University to justify a decision likely made weeks ago.”

Lyons even put Pruitt on the ‘high road’ at the end of his statement:

“Despite the apparent outcome-oriented nature of the investigation and the absence of any reliable evidence suggesting any preventable failure by Coach Pruitt in the oversight of his program, Coach Pruitt and his family are thankful for and will always cherish their time with the University. In addition to having made lifelong friends in Knoxville, Coach Pruitt is most thankful for and appreciative of the outstanding young men he was able to coach and mentor. He wishes those student-athletes and the remarkable fans that support them nothing but success.”

It is a sleazy process made all the more sleazy by the lack of context as to what Pruitt et. al are alleged to have done. The Knoxville News explained Level I NCAA recruiting violations thusly:

Level I violations can include lack of institutional control, lack of head coach oversight of compliance, academic misconduct, failure to cooperate in an NCAA investigation, unethical or dishonest conduct, cash payments or benefits given to recruits or an extensive collection of Level II or Level III violations.

Sounds like ‘business as usual’ in the SEC. It also doesn’t pass the ‘smell test’ that Pruitt and staff were running roughshod but AD Fulmer isn’t at all culpable. If he didn’t know about it that sure sounds like ‘failure to provide oversight’. If he did know about any of the alleged violations it sounds like he’s getting off free and clear.

Pruitt is a lousy coach and UT is definitely right not wanting to keep him around. The sleazy way they cut him loose will likely undermine their efforts to find a successor. The optics suggest that they didn’t want to honor the terms of the contract extension and/or pay the buyout so they trumped up a few recruiting improprieties that would likely be found at any major college football program. They get rid of the coach, they don’t have to pay anything, they allow Fullmer to retire and not face any type of culpability and sanctions. The loss of revenues this year due to the COVID-19 pandemic gave them all the more reason to find a way to fire Pruitt on the cheap.

Tennessee is one of the South’s iconic football programs and it sure is a shame to see the grease fire it has become.