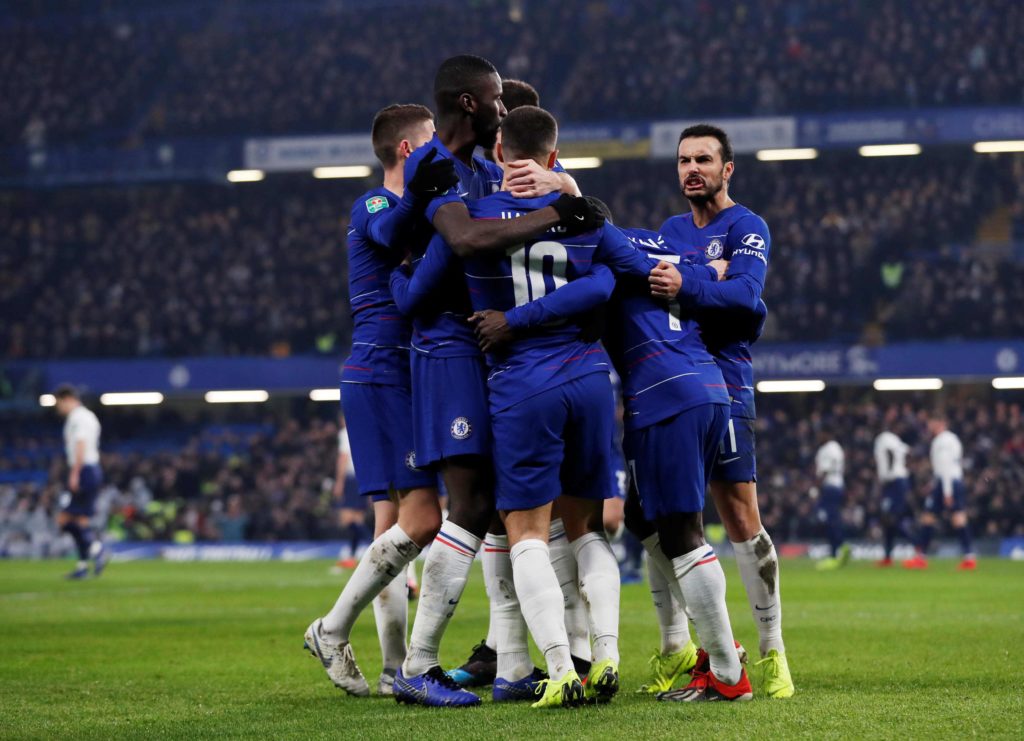 If there have been any improvements at Southampton over the past year they’re likely incremental. At least the team has been more competitive in the 34 games since Ralph Hasenhüttl took over for Mark Hughes who was dismissed last December with the club in 18th place on the table. The team improved to 16th and out of relegation danger last year and so far this season Southampton…is in 16th place with a record of 2-1-4 having scored 7 and conceded 11. Ralph Hasenhüttl’s record since taking over at Southampton is 12-9-13 in 34 games which is definitely better than his predecessor’s 5-10-12 record in 27 games.

With the bleeding stopped at Southampton fans would now like to see some upward movement in the Premiership table. They’ll face a tough test on Sunday as they host Chelsea who is showing some nice play in the first year under new manager Frank Lampard. Since September losses to Liverpool in EPL play and Valencia in Champions League play the Blues have won three straight in all competitions outscoring their opponents by a margin of 11-2. Lampard didn’t expect much in his first season at the helm with a young squad and a transfer ban in place but certainly the team’s play thus far has exceeded his expectations. Chelsea is 2-0-1 in Premier League play having scored and conceded 8 goals but remember that 4 of those goals game in their opening loss to Manchester United at Old Trafford. They’ve now won three straight away in all competitions scoring 2+ in each of the wins.

Chelsea won 3-0 at St. Mary’s Stadium last year and have now won 4 straight at Southampton. Southampton has only 1 win in their last four EPL games though they’ve had a brutal schedule so far this season and particularly at home where 3 of their 4 games have come against Top 6 teams from a year ago. They’re now winless in five straight at St. Mary’s. They catch Chelsea on what appears to be an upswing now that their defense has shown improvement. They’ve done well scoring goals this year but it is the improvement in their own end that has made them a more competitive side. That said, Southampton will likely play aggressively and try to test the Chelsea defense. 8 straight EPL games at St. Mary’s have seen both teams score and 7 of the last 9 head to head at this venue have seen 3+ goals in the net. We’ll bet accordingly.