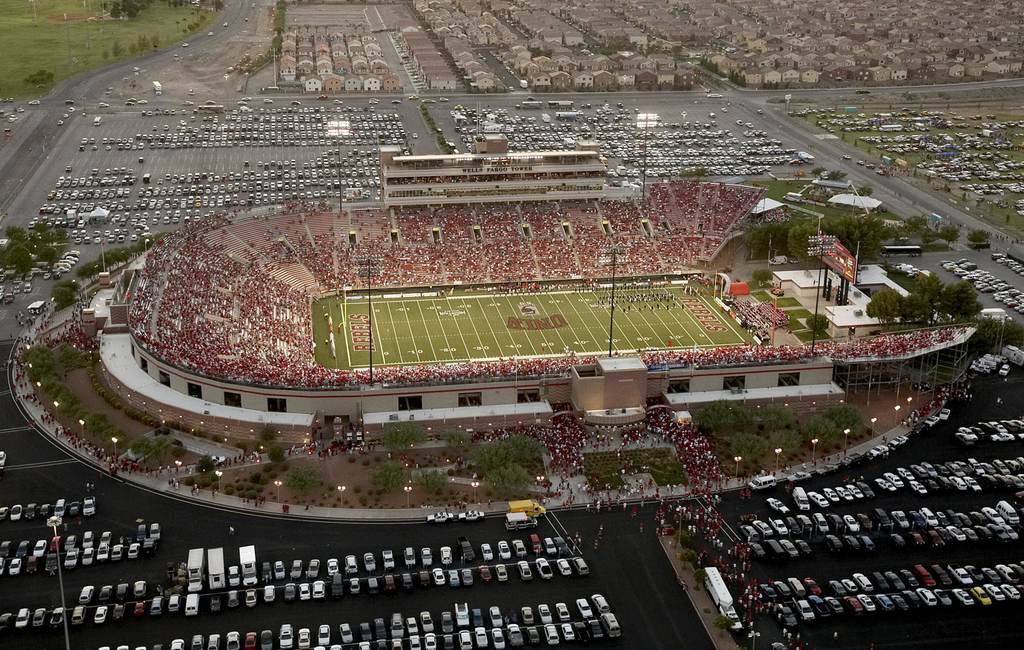 The end is near for Las Vegas’ Sam Boyd Stadium. Actually, the end was supposed to have already come for the venerable home of the UNLV football team at one point called the Sam Boyd Silver Bowl. The COVID-19 pandemic gave the facility at least a one year lease on life and it would eventually serve as the home for the New Mexico and San Jose State football teams.

The presumption now is that the final chapter for Sam Boyd Stadium has finally been written. The UNLV football team now calls the swanky new Allegiant Stadium home and assuming that the pandemic will have ameliorated by the time the 2021 season begins the hope is that the venue will be as much of a draw as the team itself. Given the poor play of the UNLV team for the past decade or so the bar hasn’t been set too high.

Although there have been suggestions around town that the stadium could still be put to good use UNLV athletic director Desiree Reed-Francois says that isn’t going to happen:

“We were really glad that their student-athletes were able to have a season, but candidly we kind of put Sam Boyd to rest (in 2019), and we’re going to return to no events.”

In actuality, the UNLV Athletic Department doesn’t really have a stay in the matter. As part of the deal to move the UNLV games to Allegiant Stadium they have a de facto ‘non compete agreement’ with the facility. In return for putting the Sam Boyd Stadium in mothballs UNLV will receive annual compensation of up to $3.5 million over a 10-year period.

“That is the requirement; that was the deal among all the parties when the stadium legislation was drafted. UNLV, I suppose, could certainly keep Sam Boyd open, but it would put in jeopardy the revenues it would receive from the payout.”

So what will happen to Sam Boyd Stadium? AD Reed-Francois either doesn’t know either or else she isn’t telling:

“Sam Boyd Stadium is a great asset, and our campus is evaluating how it fits into the master plan.”

One option according to former UNLV soccer coach Barry Barto would be to sell or lease the stadium to a Las Vegas MLS franchise:

“There are great (sight lines) in that stadium … and the stadium itself really has great bones. It’s not that easy to get to the arenas now if you’re in Summerlin or deep in Henderson. I would think you could put forward a reasonable amount of resources and dollars that would make it a quality (MLS) facility.”

There are other potential uses being considered–using it for high school football, youth soccer and even an outdoor rodeo arena. For now, however, Sam Boyd Stadium will sit idle.