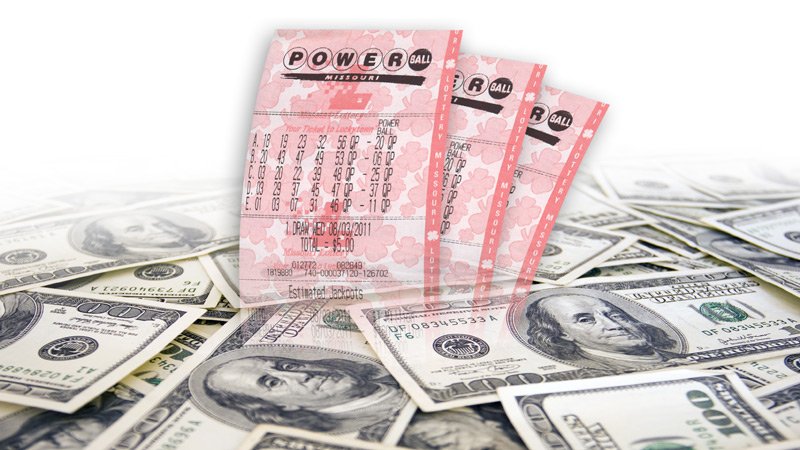 –Powerball games are available in 44 US states plus the District of Columbia, Puerto Rico and the U.S. Virgin Islands..

–The odds of winning the Powerball Jackpot are 1 in 292.2 million

Lotteries have been used by government for centuries to raise revenue without having to raise taxes. The first recorded instance of a lottery dates back to around 200 BC and the Han Dynasty in China. A form of lottery with many similarities to modern day keno was used to finance major government projects including the Great Wall of China. European lotteries likely originated in the Roman Empire where they were used to finance infrastructure repair and military operations. Lotteries in the United States date back to the 1600s when King James I in 1612 granted the Virginia Company of London permission to use funds from a game to pay for settlement at the first English colony in America at Jamestown. Lotteries also helped finance the Revolutionary War–to quote Alexander Hamilton: “Everybody … will be willing to hazard a trifling sum for the chance of considerable gain … and would prefer a small chance of winning a great deal to a great chance of winning little”. Even then, governments realized that tax increases were often politically untenable so they used the lottery as a ‘stealth’ tax. You’ll often hear the lottery described derisively as a ‘tax on ignorance’ or a ‘tax on poor mathematical skills’.

The concept of the lottery remained popular in the United States all the while but it wasn’t until the 20th century that government got involved. Before that, ‘numbers runners’ were ubiquitous in ethnic areas of major cities. The first government run lottery in the Americas was started in Puerto Rico in 1934 but it wasn’t until the mid-1960’s that a lottery would come to the continental United States (New Hampshire in 1964). The continued success of the lottery is strange and a constant puzzle to economists since they defy value maximization theory. Lotteries *shouldn’t* be popular because the expected gain exceeds the cost of lottery tickets. If someone was trying to maximize expected value they just wouldn’t buy lottery tickets in the first place. To some degree, it’s a way to indulge a fantasy or to engage in what psychologists call ‘risk seeking behavior’ that in actuality doesn’t have much downside risk. Whatever the reason, state lotteries bring in more than $18 billion a year.

THE LATEST OUTBREAK OF ‘POWERBALL MANIA’

The media does its part in helping market the lottery with the breathlessly excited coverage they provide anytime there’s a big jackpot ‘on the table’. That’s what’s happening right now with the nationwide Powerball game–after there were no winners in Wednesday’s draw the jackpot is up to $510 million. The next draw will take place on Saturday and if there’s no winner at that point the jackpot will continue to ‘roll over’ until there is a winner. Lottery players like to believe that such large jackpots are somewhat unprecedented but that’s not the case. In fact, lottery operators are well aware of the popularity of large jackpots and they’re built into revenue models. They know that the higher the jackpot, the more tickets will be sold. Powerball changed their rules in 2015 making the jackpot harder to hit. The idea was that more huge jackpots would be produced which would feed into the ‘Powerball Mania’ we’re currently witnessing.

Most people know that the odds are stacked against them for hitting the Powerball jackpot but few people really understand just how badly they have it. Most state lotteries have overall hold percentages well over 50%. That’s far worse odds than you’ll find on even the most house friendly casino game (likely Keno with a house edge of 29% or so). As it specifically concerns the Powerball jackpot, the odds against winning are almost incomprehensible. Try 1 in 292.2 million on for size. By way of comparison, your odds of being killed in a lightning strike are approximately 1 in 161,000. Your odds of being killed in a shark attack are 1 in 3.7 million with your odds of being killed by a meteorite striking earth at 1 in 1.9 million. You have a significantly better statistical chance of getting stuck by lightning in the morning, bitten by a shark at lunch and hit by a meteor before dinner while hitting a golf hole in one in the afternoon than you do winning the Powerball jackpot.

WILL A JACKPOT WINNING POWERBALL TICKET BE DRAWN ON SATURDAY?

HOW MANY JACKPOT WINNING POWERBALL TICKETS WILL BE DRAWN ON SATURDAY?