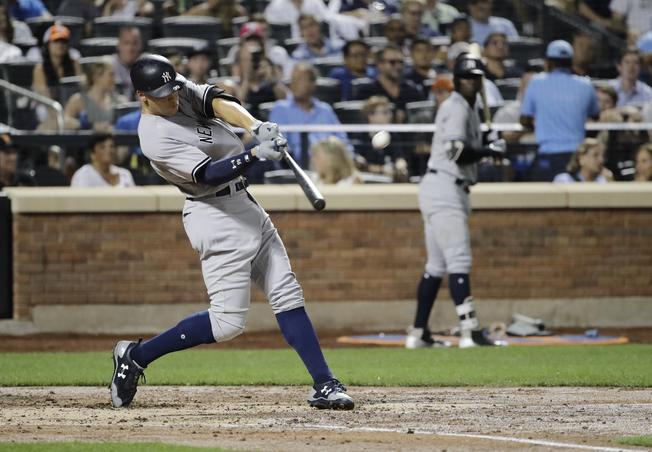 After allowing complacency to set in over the past few weeks, the Yankees have since bounced back in impressive fashion through this week. The Pinstripes have now won 3 consecutive against the Mets and will enter Thursday’s series finale hoping to complete a Subway Series sweep. Of course, the Mets will want to prevent their crosstown rivals from gaining even more bragging rights, but the fact of the matter is that there are few people who think they can prevent the sweep from happening.

The first 2 games of this series, though both Yankee wins, were hard-fought matchups that ended up being decided by 2 and 1 runs respectively. When the series switched locations and the Mets became hosts, things really didn’t change as game 3 was also decided by just 2 runs. For the series finale most people are expecting things to remain the same, however Mets fans will like to think their team will earn one win.

Mets’ fans will be hopeful, but with the pitcher they are sending out to the mound things are not looking very bright. What’s more, we have not even seen the Yankees’ bats go off in this series. Despite what we have seen over the last few weeks, the Yankees are a hard-hitting team that can pop off ten or more runs without too much trouble. The Mets have so far done well to keep the Yankees in check on the offensive side of things, but their real problem is that they cannot seem to produce runs of their own. As we have said in the past, if you cannot get runs across the board it becomes awfully difficult to secure victories.

When the Yankees (-192) take the field for the Subway Series finale, they will be sending right-handed youngster Luis Severino (9-5 3.32 ERA) to the mound. Severino, who has 2 years of MLB experience, will be entering this game on the back of a loss to Boston almost a week ago. Apart from that single loss, Severino had won his 4 previous starts. What you will notice in his last game versus the 4 previous to it is the earned runs. In that loss to the Red Sox, Severino gave up 8 earned runs. In his previous 4 starts he gave up a combined total of just 2. The Severino that we saw during that 4-game stretch is what Yankee fans will hope they see on Thursday.

As for the Yankees offense, they really need to pick things up. Not to take anything away from the Mets, but to oinly defeat them by 1 or 2 runs does not bode well for the playoffs. In the post-season—if the Yankees make it that far—they will be facing much tougher opponents than their neighbors from Flushing. If the Yanks cannot get their bats going in the immediate future, they might struggle against superior opponents the same way they did against the Red Sox last week.

For the Mets (+166) it will be left-hander Steven Matz (2-6 5.54 ERA) who will be making the start. While Severino seemed to have gotten manhandled in his last outing, Matz was more the victim of poor luck than anything else. In his last start vs. the Phillies, Matz gave up only 2 earned runs but was still shackled with the loss. Once again, it was a lack of run production that proved to be Matz’s undoing. Unfortunately for Matz, Thursday night will more than likely see the Mets struggle to get runs on the board again.

Basically, if the Mets cannot score more than 2 or 3 runs, a loss is almost guaranteed. We know what Matz is capable of, but the onus of responsibility will ultimately fall on the offense.

Bovada has the Yankees listed as heavy favorites (-192), and with the type of momentum they have through the first 3 games of this series it is easy to see why. I think it is difficult to bet against the Pinstripes simply because the Mets have not really given us any reason to bet on them. Matz is a solid pitcher, but the overall lack of scoring will be his undoing, in my opinion.

Bovada currently lists the over/under for this game at an even 7 runs (-125/+105), and I think the over (-125) is the better of the two wagers. Has there been a lack of run production so far? Yes, but I think the Yankees will get their runs on Thursday. If the Mets can tack on a run or two, I see this game eclipsing the 7 run tally quite easily.

Finally, the Yankees are listed as -1.5 run favorites (-115) on the point spread. Seeing as they have covered this spread 2 out of 3 times in this series, I think it is a smart, valuable wager to make.