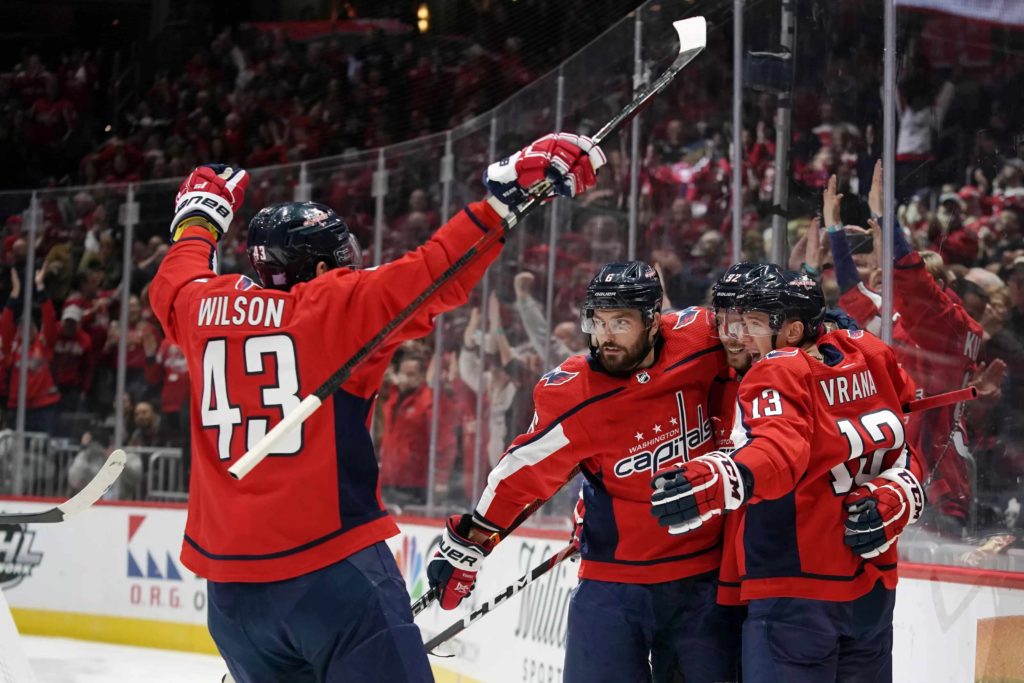 The Washington Capitals are tied with the St. Louis Blues for the best record in the NHL. Both teams have 25 points giving the Caps a 3 point lead over the red hot Islanders in the Metropolitan Division and the Blues have a 5 point lead over the Predators in the Central. Washington has been in excellent form of late winning four straight and going 8-1-1 in their last 10 games.

Florida is starting to come around after a mediocre start to the season. The Panthers have won 2 straight and have taken points in 9 of their last 10 games going 6-1-3. They’ve moved up to fourth place in the Atlantic Division, tied with Montreal at 18 points. That puts them 1 point behind third place Toronto, 2 points behind second place Buffalo and 6 behind divisional leader Boston. Panthers have won 2 of 3 and 5 of 7, beating Detriot, Colorado, Edmonton, Pittsburgh and Nashville. Caps have reeled off four straight wins at Vancouver and Toronto and at home over Buffalo and Calgary.

Washington has been scoring goals–they’re #2 in the league in team offense scoring 3.94 goals per game which puts them right behind top of the table Nashville at 4.00 per games. Florida is also putting pucks in the net. They’re #5 in goals scored per game at 3.57. Both teams haven’t been quite as good defensively. Florida is #24 in scoring defense giving up 3.43 goals per game. Washington is #15 allowing 3.07 per contest. Caps have the #4 power play in hockey clicking at a 25.9% rate but Florida is right behind at #10 (22%). They’re also extremely close to each other on the penalty kill–Caps are #8 (86.2%) with Florida at #9 (86.1%).

Interestingly, Florida has dominated head to head play in recent years. Panthers have won 5 of the last 6 in the series including 2 of 3 at home. They swept the series last year winning 5-3 at home and taking 1 goal victories at Washington winning 5-4 and 6-5. Capitals just look to have more ‘back class’ and at this very reasonable price we’ll back red hot Washington. Both teams have put up a ton of ‘Over’ verdicts lately. Caps are ‘Over’ in 9 of 10, Panthers ‘Over’ in 6 of 9 with 1 push and 2 ‘Under’.