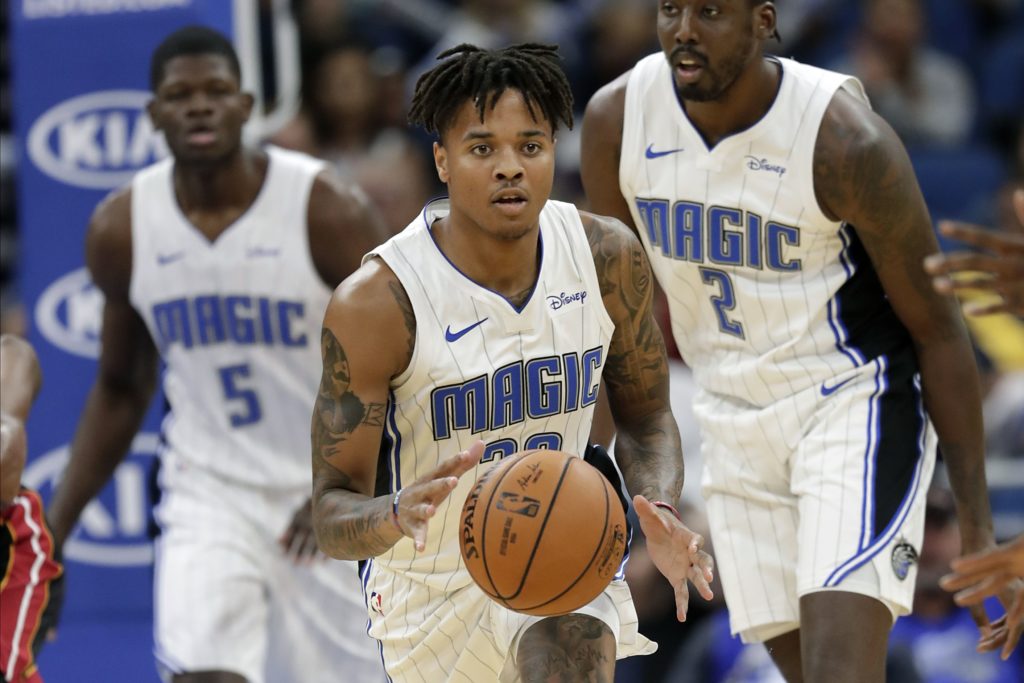 Six games on Tuesday’s NBA basketball card and we’ll look at game number 547/548 as the Orlando Magic head to the hinterlands of America to take on the Oklahoma City Thunder. The Magic have stumbled a bit coming out of the gate and will enter this matchup at 2-4 SU/1-4-1 ATS. The Magic have done one thing well–defend. Orlando is the #2 team defense in the NBA allowing just 98.2 PPG. The problem is that they’re dead last in team offense scoring just 93.5 PPG.

Oklahoma City isn’t scoring either–they’re a far cry from the Kevin Durant era. OKC currently ranks #24 in team offense scoring just 104.3 PPG. Their defense has been pretty good as well–they rank #4 in team defense allowing just 101.8 PPG. The Thunder are also 2-4 SU though they have gone 4-2 against the spread. OKC is coming off of a 115-104 win at home over New Orleans on Sunday and will next travel to San Antonio for a game against the Spurs. They’ll turn back around and head home for games on Saturday and Sunday against Golden State and Milwaukee.

Orlando has a pair of road games starting with this matchup and continuing Wendesday night in Dallas. They’ll then return home for a five game home stand to face Memphis, Indiana, Philadelphia, San Antonio and Washington. Given their poor start this home stand is relatively crucial for so early in the season. Oklahoma City won both meetings a year ago winning by 10 points at home on 2/5/19 and covering the number as -8.5 favorites. They won at Orlando just a few days earlier taking a 126-117 victory on January 29 and covering as -3.5 road favorites. The teams have split the last 4 meetings against the spread though OKC won three of these games SU.

The Thunder’s biggest offensive weapon might not be a household name though he’s off to an excellent start. Shai Gilgeous-Alexander came over from the Clippers in the Paul George trade and he’s putting up 21.8 PPG along with 7.2 rebounds and 3.3 assists. The rest of the roster is a pretty uninspiring bunch–primarily journeymen brought in to fill spots as the team clears up some cap room. For Orlando, guards Michael Carter-Williams and Melvin Frazier, Jr. are listed as questionable. Magic should have an edge up front with Nikola Vucevic and Evan Fournier.

In a battle of defensive oriented teams the points are typically the way to go. We’ll also look ‘Under’ the total–Magic ‘Under’ in 5 of 6 this year including both road games, Thunder also ‘Under’ in 5 of 6 including all four of their games at home. Both teams lack offensive weapons at this juncture and it won’t be a surprise if neither squad reaches 100.