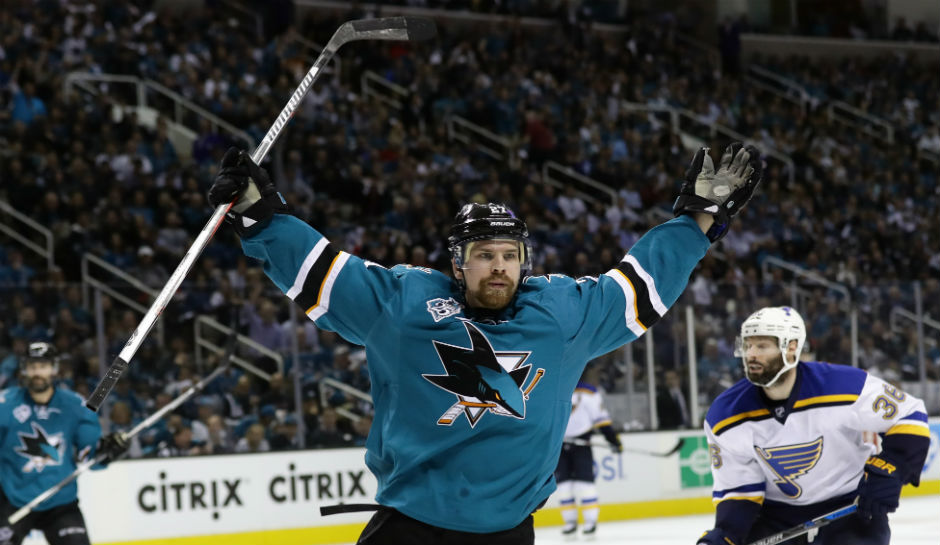 The Stanley Cup Finals are upon us and it’s a matchup that no one predicted:

If you said that you saw this matchup coming you’re most likely lying. The San Jose Sharks didn’t look like much when the playoffs began. They had hung around all year and played solid hockey but they were slightly dysfunctional. For one thing, they were awful on home ice. San Jose went 18-20-3 at home during the regular season which is not only the worst record of any playoff qualifying team but one of the worst in the NHL, period. Here’s some context–the Stanley Cup Finalist San Jose Sharks had a worse home record than the Winnipeg Jets aks the last place team in the Central Division. They also had a worse record than the Edmonton Oilers did on their home ice at Rexall Place. The Oilers may have the future of hockey aka Connor McJesus…er…Connor McDavid but for now they’re the worst team in the Pacific Division *and* the worst team in the Western Conference. By the way, there’s plenty of McDavid sickness on this compilation of the ‘best goals of the year’ for the 2015-2016 NHL season. Insane skills on #97.

So how did the Sharks make the playoffs, let alone the Stanley Cup Finals, with such a miserable home record? For one thing, they kept improving over the course of the season. Not just at home, but overall. And it also helped that they had the best road record in the NHL. You remember the Washington Capitals and how they ran away with the Presidents’ Cup Trophy this year? San Jose were better on the road by one game. There’s been other teams that have had a similar home/road dichotomy. For awhile it seemed like the Boston Bruins had a better record on the road than at the TD Garden just about every year. A lot of teams have done it the opposite way–having a great home record and a shaby road record. Last season the Los Angeles Kings were 25-9-7 at the Staples Center but 15-18-8 everywhere else. I haven’t done the research yet but it wouldn’t surprise me if the Sharks have the worst home record of any Stanley Cup Finalist ever.

They have improved at home and even went 4-0 at home during the 7 game series win over Nashville. And they’re still nasty on the road. Of course the Pittsburgh Penguins were good at home (26-11-4) and on the road (22-15-4). The Penguins had their own enigmatic tendencies this year–they started the season in miserable form to the point that head coach Mike Johnston was fired and replaced by the head coach of their AHL affiliate Mike Sullivan. After he was hired Sidney Crosby started playing like a MVP and the Penguins started winning games in bunches. The finished the season on a 8-2-0 run and eventually took the second place spot in the Eastern Conference behind the aforementioned Washington Capitals.

As for Crosby, he’s playing some of the best hockey of his career. He put up decent offensive numbers during the regular season (36 goals 49 assists for 85 points and a hefty +19). He hasn’t been quite as offensively potent in the playoffs but his overall game remains very solid. Evgeni Malkin has been hit or miss though he did pick up a pair of assists in the Penguins 2-1 Game 7 win. The offensive catalyst for the Penguins during the post season is a guy they picked up from Toronto for a bag of broken sticks and a Vic Hadfield bobblehead. That would be Phil Kessel who had a decent regular season (26 G 33 A 59 P) but has been a monster in the playoffs with 9 goals and 9 assists for 18 points. He’s been the most consistent scorer for the Penguins all throughout the postseason. Kessel got screwed when he wasn’t named to the US World Cup of Hockey roster.

San Jose clearly demonstrated that they had more emotional toughness and tenacity than the St. Louis Blues to reach the finals for the first time in team history. That’s also somewhat dysfunctional since they had one of the best teams in the NHL year after year for almost a decade but got a rep for early playoff exits. Goaltending is solid for both teams–by now everyone has heard about the Penguins’ rookie phenom Matt Murray who appears to be the starter for the rest of the playoffs. Who knows what will happen to Marc-Andre Fleury. The Sharks start former Los Angeles Kings goalie Martin Jones who got tired of watching Jonathan Quick play 60+ games a year. He’s done well transitioning from a backup that might play 20 games a season to a dependable every night goaltender. Fleury is nominally the Penguins’ backup goalie while San Jose has former Toronto netminder Jonathan Bernier as a very capable reserve.

Like the Penguins’ last series against the Tampa Bay Lightning they have a tendency to be overvalued. By a long shot. That’s the only excuse for being a -210 to win the Eastern Conference Finals over the Lightning or a 2-1 favorite in every home game. The Lightning were even +140 underdogs on home ice where they went 25-13-3 this season. Throw in the presence of Canada’s national team captain Sidney Crosby and the Penguins are public darlings. This isn’t to say that they’re not a good team but the bettor pays a premium anytime he backs Pittsburgh.

Value is the name of the game in sports betting. Two of the best lessons you can learn are as follows:

If you find the value and bet accordingly the wins and losses take care of themselves. In a series like this which sure looks like a coin flip heading in just taking the underdog is essentially finding value. We’ll talk more about implied probability and similar topics prior to Game One (Monday Night).

A corollary to the concept above. Recreational players are all about the teams be it their favorite team or the one that ESPN tells them is ‘best’. Sharp bettors do what I described above–they find value and shop prices. We’ll talk more about that too but that leads us to our Stanley Cup Series Play: