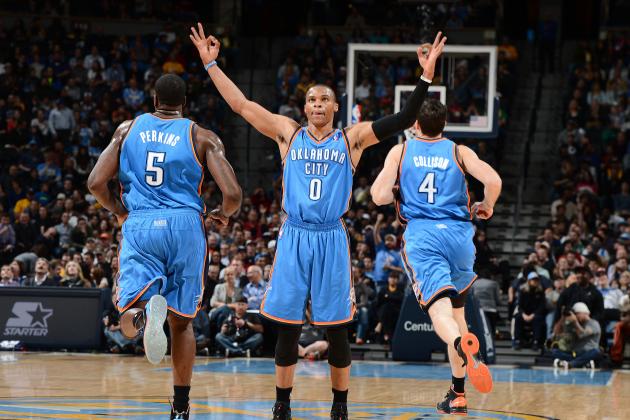 The Cleveland Cavaliers have already punched their ticket to the NBA Finals. After tonight, they might know who they’ll be playing. The Golden State Warriors and Oklahoma City Thunder are playing Game Six in their Best of Seven Western Conference Finals series tonight. If the Thunder win they’ll advance to the NBA Finals. If Golden State wins they’ll play Game Seven on their home court Monday night.

So there are three teams remaining and we’ve got some NBA Finals betting odds on them:

The NHL Stanley Cup playoffs begin their finals on Monday as the Pittsburgh Penguins host the San Jose Sharks. It’s interesting how many parallels there are between the teams battling for hockey’s top prize and the three remaining basketball teams.

The Golden State Warriors are the Washington Capitals of basketball and then some. Golden State looked almost unbeatable during the regular season. The Warriors went 73-9 to break the record for the best regular season performance in NBA history. They ran away with the NBA in much the same way that the Capitals ran roughshod over the NHL.

The same question could be asked of the Warriors that was asked about the Capitals–did they have it too easy during the regular season? It’s hard to think that this isn’t true to some extent. The Capitals were a well oiled machine during the regular season but they ran into a couple of gritty determined teams in the playoffs. They had plenty of trouble with the Philadelphia Flyers and they couldn’t find the offense against the Pittsburgh Pengins which is why they were summarily dismissed.

Golden State has made it to the Conference Finals but they’ve been exposed by Oklahoma City’s small lineup. The Thunder have managed to make the Warriors look old and slow which is hard to believe. Golden State lost only nine games all regular season and they quickly went down 3-1 to OKC. They salvaged a victory in their last game to stay alive but now they have to go play a game in Oklahoma City facing elimination.

The Warriors look frustrated that what they did all season long doesn’t seem to be working now. That happens, but the problem is that Golden State doesn’t have a ‘Plan B’. They’re getting frustrated by even a nominal amount of adversity and that’s not the hallmark of a championship team.

Oklahoma City has much in common with the San Jose Sharks.They didn’t look like world beaters for much of the season but kept tinkering with their lineup and finally got the pieces in place. The Thunder finished in third place in the Western Conference but now look as if they were put together just to frustrate the Warriors.

The big question now is what happens if they do advance to the Finals? Will the small lineup that befuddled the Warriors have the same success against LeBron James and the Cleveland Cavaliers or will they get manhandled by the more physical Eastern Conference team? There’s also a distinct chance of a ‘letdown’ situation. They will have beaten a team that everyone thought would cruise to a championship. It will be hard for them to quickly retool to play a different type of matchup.

The Cleveland Cavaliers have LeBron James–they would be the Pittsburgh Penguins of basketball. Like Pittsbugh, they’ve got the single most dominant player in the sport who is a matchup problem for everyone he faces. It’s not certain that Oklahoma City can ‘go big’ quickly enough or effectively enough to deal with Cleveland.

The verdict? Like every other spots betting proposition we’re more interested in finding the value than we are ‘picking the winner’. If you find the value the rest takes care of itself. Cleveland’s price is too short even though they’re already in the Finals. Golden State just doesn’t have the look of a championship team and the way they get frustrated when teams just don’t wilt in their presence is problematic.

That leaves the Oklahoma City Thunder. They’re a talented, versatile team playing their best basketball of the season at just the right time. Their confidence has grown perceptively every time out and that could be the by product of this series rather than a letdown situation. They represent the best combination of talent and price and we’ll bet accordingly.