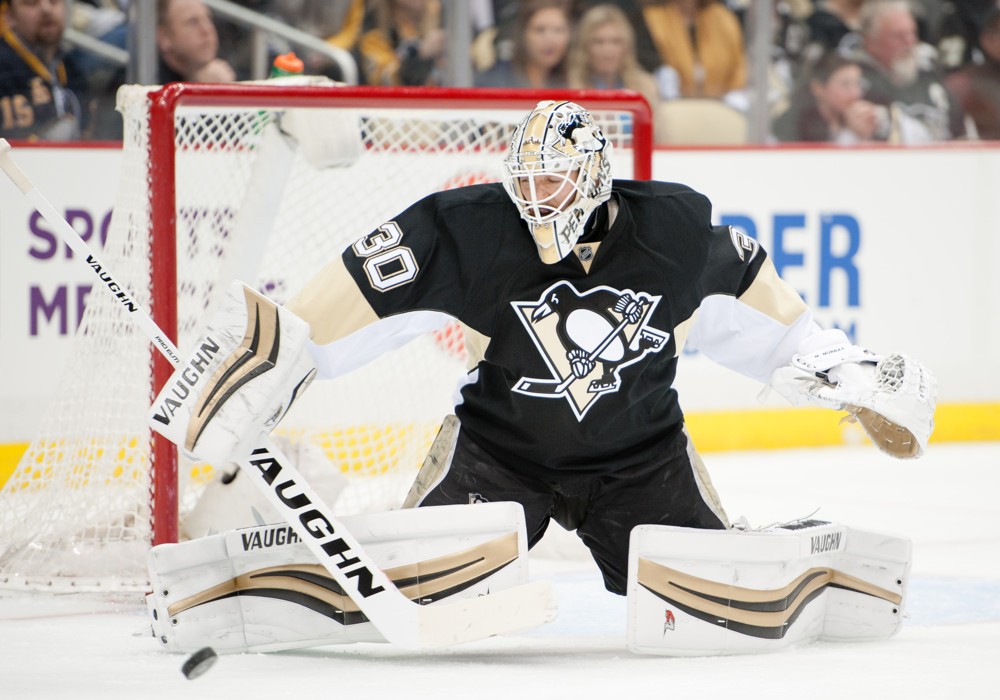 The NBA season is almost wrapped up and so is the NHL season as Pittsburgh heads home with a 3-1 lead over the San Jose Sharks:

The old theory about the rugged Western Conference is that all of the teams there beat each other up during the playoffs and are easy pickings for the Eastern Conference champion. That appears to be coming to pass in the 2016 Stanley Cup playoffs. The San Jose Sharks had to deal with the Los Angeles Kings, a seven game series against the Nashville Predators and the St. Louis Blues during their playoff run and now just don’t look to have anything left against a Pittsburgh Penguins team that just keeps getting better as the playoffs progress.

The Penguins may have played their worst game–at least statistically–of the Stanley Cup Finals. San Jose limited them to just 20 shots on goal and may have played their best defensive game of the series. It didn’t make a difference as the Penguins scrapped out three goals for a 3-1 victory. Pittsburgh’s defense has been excellent throughout the series and held San Jose to just 24 shots on goal–23 of which were stopped by goalie Matt Murray. Despite giving up 3 goals on 17 shots Martin Jones wasn’t bad–the first two goals were tough angles and a deflection on the power play. The final goal was almost inevitable with the way the Sharks were pushing for the equalizer during much of the third period. To the extent that Jones can be blamed, however, that’s also not really his fault. His defense has been practically nonexistent during the first three games in which the Penguins gave up 30+ in all three–and 40+ in two of the three. Jones has been playing excellent all playoffs but the problem is that the Sharks had become a team that didn’t take care of business on the defensive end and just thought that their goalie would clean up the mess. That only works for so long.

While the Sharks had been playing excellent hockey at home during the playoffs heading into Game Four (8-2 at the SAP Center) it was yet another home ice loss that could be the denouement of their season. San Jose was awful at home during the regular season (18-20-3). The team insisted that it was the result of ‘variance’ and for awhile it looked to be the case. Not that venue would change the outcome of this series. The problem throughout is that Pittsburgh has just shown more energy, intensity and desire. Given the toughness and character of the Sharks team one has to believe that after a grueling road to their first Stanley Cup Finals that they just have nothing left to give.

The Penguins’ defense has had a lot to do with it as well. That’s something of a surprise since before the season began most hockey pundits–and we’re talking guys who know the sport, not the blathering catch phrase spewing morons of the mainstream sports media–suggested that defense was the team’s biggest liability. On paper, they were probably right–it looked like Kris Letang and a bunch of no-names. The players that have contributed have been very surprising, none more so than Justin Schultz who was shipped out of Edmonton for not being good enough to play on one of the worst defenses in the NHL. They have absolutely stifled the Sharks’ offense and particularly Joe Pavelski who has been held without a goal during the Stanley Cup Finals.

Meanwhile, Pittsburgh just keeps getting better. 21 year old Matt Murray is a freak in net showing the poise of Ken Dryden and the competitive fire of Patrick Roy. You can make a pretty compelling case that Murray deserves the Conn Smythe Trophy for playoff MVP (though Phil Kessell could also make a good case). Coming back from a 3-1 deficit to win a seven game series isn’t unprecedented–it happens at least 10% of the time in the NHL which is more than any other sport. The bad news for San Jose is that it’s only happened once in the Stanley Cup Finals and that team had home ice advantage. They probably won’t take much solace in the fact that the home team is just a 56% winner in Game Five. The dichotomy between the two teams’ form is so great right now that it’s hard to see the Sharks’ extending the series to six games, let alone coming back to win. Teams with a 3-1 lead that play Game 5 at home in the Stanley Cup Finals are a 63.6% winner for the game and a 100% winner for the series. It should end in Pittsburgh on Thursday night.