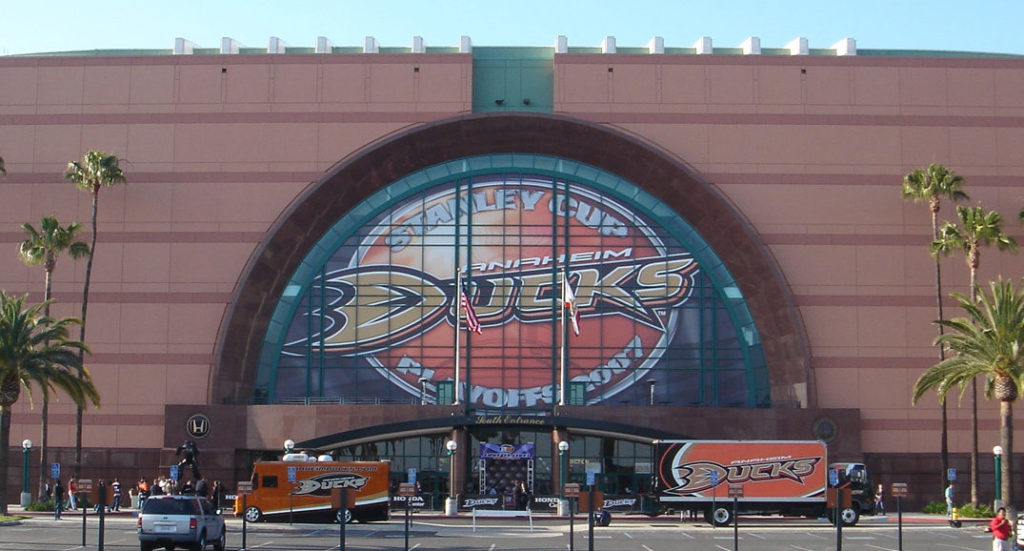 Non-conference NHL hockey action on Tuesday as two of the most inexplicable teams in the league go at it at the Honda Center. The Detroit Red Wings were expected to be bad this year and for most of the season they’ve been just that. They enter this game on a two game winning streak, however, after knocking off Boston and Vegas on home ice. Even with these two victories they’ve won only 3 of their last 13 games. Their 13 points on the season puts them in a three way tie for the second worst record in the league and a tie (with Ottawa) for the worst record in the Eastern Conference.

The Anaheim Ducks aren’t quite in that bad shape but they’re a maddening team to figure out. At their best, they’ve looked like the recent vintage Ducks teams playing nasty defense and generally making life miserable for opposing teams. At their worst, they’ve looked downright pitiful. They enter this game having lost 3 straight and 7 of their last 10 games going 3-6-1 during this stretch. They’ve been pretty good when they play at the Honda Center taking points in 7 of 10 games at the arena formerly known as ‘The Pond’ going 6-3-1. On the road, they’re 3-5-0.

Now let’s look at the ‘tale of the tape’. Both teams rank in the bottom tier of team offense in the NHL. Anaheim averages 2.61 goals per game putting them in a tie with the San Jose Sharks in the #25 position in the league. The Red Wings have been downright awful offensively this year and are currently dead last in team offense averaging just 2.21 goals per game. Some teams go through stretches where they’re putting pucks on net but not getting goals. That’s not the case here as the Ducks and Wings are also bottom ten in shots on goals per game.

Defensively, there’s a huge difference between these teams. Detroit is near the bottom of scoring defense ranked #30 in the league. Were it not for the Los Angeles Kings they’d have the dubious distinction of being the worst team offensively *and* defensively but for now they’re just second worst defensively giving up an average of 3.79 goals per game. They have a goals scored/allowed per game differential of -1.58 only one of four teams with a differential of -1 or more and the worst in the league.

Anaheim has been pretty solid defensively. They’ve got the number 8 scoring defensive in hockey allowing just 2.72 goals per game. The problem is that they’re scoring fewer goals than they’re allowing but their differential is a more manageable -0.11. Neither team has been much on the power play–Anaheim has the #30 power play in the NHL (8.5%) while the Wings are at #23 (16.1%). The Ducks haven’t been as bad on the penalty kill and are tied with Ottawa at #18 killing off 80% of opposing power plays. The Wings are dead last with a brutal 68.3% kill rate.

The Ducks have won 2 of the last 3 meetings between the teams. The teams each won at home last season and Anaheim took a victory from Detroit at home on October 8 of this season. They’ve won the last two times they’ve faced the Wings at the Honda Center. Tough laying a price with a losing team but at least the Ducks play tough defense and have been very competitive at home. The Wings’ two game uptick notwithstanding they’re very likely the worst team in the NHL.