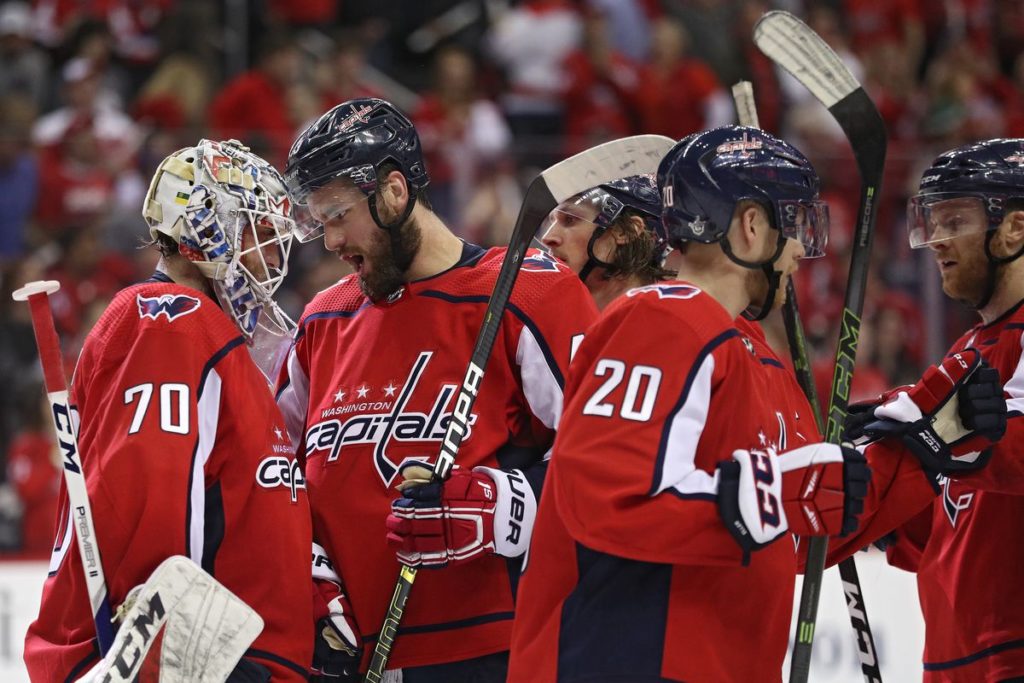 The Arizona Coyotes have played well this season but all of a sudden find themselves mired in a three game losing streak. They haven’t played poorly during this stretch but lost 4-3 in overtime at Calgary followed by a pair of one goal losses at home to Columbus (3-2) and Minnesota (4-3). With just five total points separating the top six teams in he Pacific Division they’re still in good shape but face a tough challenge on Monday night as they head to the Capital One Arena to face the red hot Washington Capitals.

The Capitals won only 3 of their first 8 games this season and on Monday, October 14 following a 6-3 home loss to Colorado were at 3-2-2. They haven’t lost in regulation since and have only one loss of any sort–a 4-3 OT loss at Edmonton on October 24. They’re won 6 straight and 10 of their last 11 going 10-0-1. They’re starting to resemble the Caps that ran away with the Eastern Conference a couple years back en route to the first Stanley Cup in franchise history. They’ve got 29 points which puts them 4 up on the second place team in both the Metro Division and the Eastern Conference, the New York Islanders. Washington last played on Saturday night when they beat Vegas 5-2 at home. They’ll play at Philadelphia on Wednesday.

The Caps have taken over the team offense lead in the league putting up 4.06 goals per game. They’re currently the only team scoring more than 4 goals per game–the next closest team in this metric is Nashville with 3.82 goals per game. Their defense hasn’t been overly impressive and they’re tied for #18 in the league goals against per average rankings allowing 3.06 per contest. The power play has been effective and is tied for #5 in the league clicking on 25% of man advantage opportunities. The penalty kill has also been good ranking #8, successfully dispatching 85.1% of opponent man advantage opportunities.

Arizona is something of a one-dimensional team, but if you’re going to excel in any phase of the game team defense is the best one. The Coyotes are tied for the #2 team defense in hockey allowing just 2.41 goals against per game. They’ve been offensively mediocre playing 5 on 5 putting up just 2.82 goals per game (#20 in the NHL). Special teams have been an issue–Coyotes have the #20 power play in hockey (16.7%) and the #22 penalty kill (78.4%).

These teams don’t play each other often but when they do the Coyotes have been competitive. In the last 17 meetings at Washington the Capitals are 9-6-2 and interestingly 14 of these games have gone ‘Under’ the total. The teams split a pair of games last year with each winning on the road. Lookahead potential for the visitors as they play the Western Conference leading St. Louis Blues on Tuesday night. Caps are in ‘cruise control’ at the moment and until they show some signs of slowing down there’s no other way to play it.