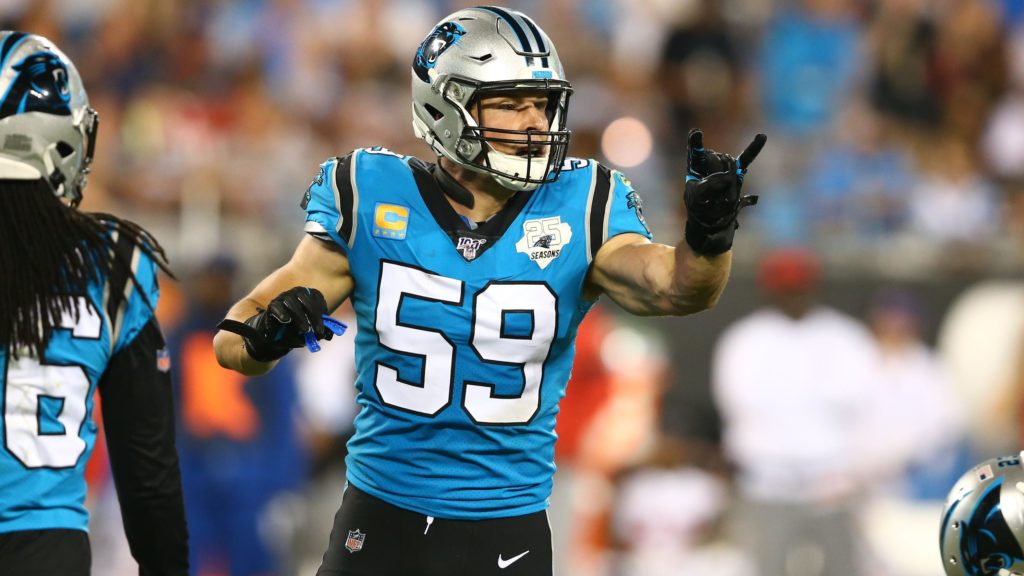 The 7-2 Green Bay Packers are coming off a 26-11 thumping at the hands of the Chargers in Los Angeles. Now they’ll return home to host the red hot Carolina Panthers. The Panthers have won 5 of 6 SU/ATS since Kyle Allen took over. As the horse players say, we’ll ‘draw a line’ through their only loss in that stretch–they were obliterated by San Francisco aka the last unbeaten team in the NFL. The Panthers are back in the playoff picture and with the exception of a tough game at New Orleans on 11/24 their near term schedule looks made to order with games at home against Atlanta and Washington followed by a return date with the Falcons on the road. The Packers, meanwhile, are heading into a bye after which they’ll play one of their toughest games of the year taking on the Niners in San Francisco on 11/24.

At the start of the season the Packers were a public Super Bowl ‘darling’ with the big topic of conversation being the Green Bay defense. Now? Not so much. The Packers rank #27 in yards per game against though they are #11 in scoring defense (21 PPG). They’ve allowed 24+ points in their last six games so they’re heading in the wrong direction.. They’re #21 in passing yards allowed per game and #24 in rushing yards against. You can expect both metrics to deteriorate further after this game as Green Bay has the dubious task to stopping Christian McCaffrey. McCaffrey is the #2 rusher in the league, has 1,244 combined rushing/receiving yards and has scored two touchdowns. They’ve also got to deal with Curtis Samuel and DJ Moore who are both decent wide receivers.

It could have been a one week aberration but Green Bay’s offense looked horrible against the Chargers last week. Much of the Packers offensive ‘potency’ is hype–they’ve got the #17 total offense (352.4 YPG) and the #12 passing attack (257.1 yards per) to go along with the #22 rushing attack. That all produces the #13 scoring offense at 25.1 PPG. Don’t expect Aaron Rodgers to go off against Carolina–they’ve got the #9 passing defense in the NFL (227 yards against per) and are #2 in the league in interceptions. The Panthers lead the league in sacks (34)–that’s more than the vaunted defenses of the Patriots (32), Niners (30) and Jaguars (30).

Green Bay has won 4 of the last 6 head to head against the Panthers at Lambeau but they’ve split against the spread. They haven’t played since 2017 when the Panthers won 31-24 in Charlotte. Packers are just 10-11 ATS at home during the past three years and their 13-7 SU record doesn’t exactly validate the ‘Lambeau Mystique’. They’ve gone 5-10 SU/6-9 ATS against opponents with winning records L3 years and in the second half of the season that drops to 1-6 SU/2-5 ATS. Panthers have covered 13 of 20 as an underdog and 10-5 ATS against opponents with winning records.