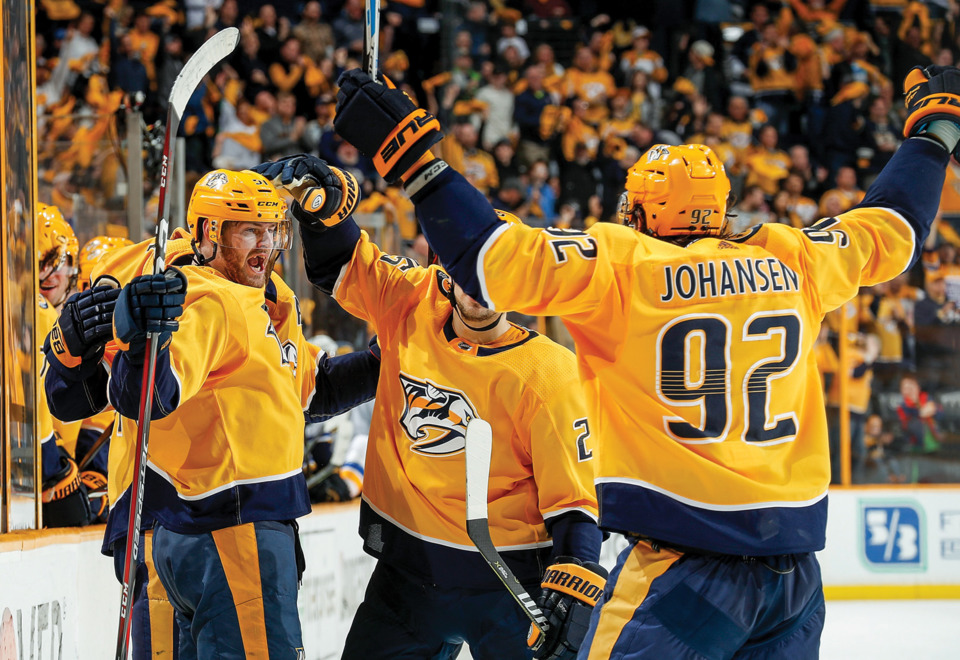 We covered the Pacific Division last time out and now we’ll finish up with the Western Conference by turning our attention to the brutally competitive Central Division.

CHICAGO BLACKHAWKS: The Chicago Blackhawks had a disappointing season last year but it’s unclear if it had as much to do with a decline in the team as it did with the competitive nature of the Central. It’s tough to conclude that the five teams that finished ahead of the Blackhawks in the division regressed over the Summer. It’s easier to make a case that all five improved–or at the very least held their ground. We’d like to think that the Blackhawks bounce back but that’s in no way a guarantee. With the hefty improvement that would be needed to cash this ticket the ‘Under’ looks like the better play.

COLORADO AVALANCHE: The linesmakers are asking a lot out of the Avs but here’s thinking they can deliver. Nathan MacKinnon might just be the best player in hockey at the moment. The Avs just signed linemate Mikko Rantanen to a 6 year deal and for the first time in ages the team has a consistent #1 goalie in Philipp Grubauer. Don’t be surprised to see the Avs winning the Central Division this year.

DALLAS STARS: I’m just not sold on the Dallas Stars. They did a complete 180 from recent vintage Stars teams last season and won with defense. They were the #2 scoring defense in the NHL which is a good thing since they were the #28 scoring offense in the league. It’s tough to win consistently in the NHL without a better balance between offense and defense. Making their scoring drought all the more bizarre is the quality of their forwards like Tyler Seguin and Jamie Benn. They’ve added depth up front which should help. If Ben Bishop stays healthy the Stars could be a very good team this year. The price is set too high, however, and as a result we’ll look ‘Under’.

MINNESOTA WILD: The Wild picked up a few nice pieces from Nashville in the deal that sent Matt Duchene to ‘Music City’, particularly Kevin Fiala and Ryan Hartman. Devan Dubnyk was a bit ‘off his game’ last year finishing with the #14 goals against average in the league at 2.54. The Wild could show some improvement but they’re a tough team to figure out. They also play in the toughest division in hockey.

NASHVILLE PREDATORS: Nashville dealt with their biggest liability in the off season with the pickup of Matt Duchene who should help the team’s sometimes sputtering offense at even strength and on the power play. Preds have ridiculous depth at center and on defense which is why they were able to deal P.K. Subban to make room on the books for Duchene. Mikael Granlund is another nice under the radar pickup that should help the team. Tough to see them losing ground this year and that’s what they’d have to do for this to go ‘Under’. Look for the Preds and Avs to be battling for the Central Division crown.

ST. LOUIS BLUES: The Blues now face one of the toughest challenges in any sport–repeating as champion. The team got better with the pickup of Justin Falk and if Jordan Binnington can avoid a ‘sophomore slump’ St. Louis should be good again this year. This price seems about right, however, so we’ll pass on the points prop.

WINNIPEG JETS: The Jets and Predators went down to the wire for the Central Division title but Winnipeg was eliminated by St. Louis in the first round. Plenty of offense (#7 team offense in the league LY) but they need to improve their defense. (#17 team defense). Starting goalie Connor Hellebuyck took a step back last year after a solid 17-18 season. As of yet, no word on the status of Justin Byfuglien who is on ‘leave of absence’. Winnipeg strikes me as a team that needs more physicality in this tough division.