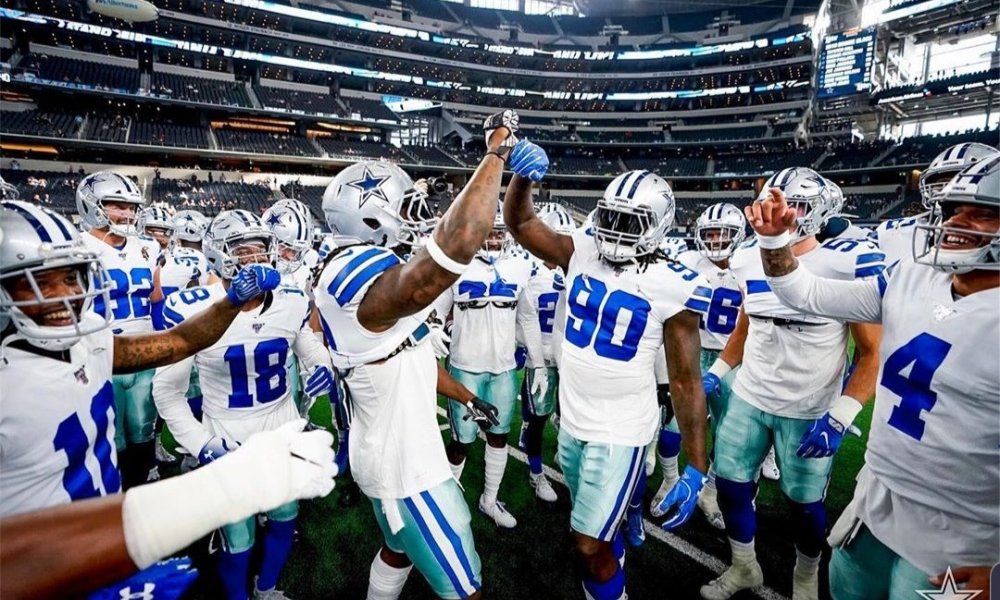 Important battle in the NFC East between a pair of teams that had much loftier ambitions entering the 2019 NFL season. At one point, Dallas was considered to be the hottest team with the most unstoppable offense in the league but they’ve lost three straight after opening the season 3-0. Philadelphia is also 3-3 and coming off a sound throttling at Minnesota where the Vikings beat them 38-20.

Of the teams, Dallas is clearly the most desperate with head coach Jason Garrett on the ‘hot seat’. In the past, he’s responded very well to this situation and the Cowboys have often gone on strong winning runs whenever the ‘fire the coach’ talk starts to heat up. Much of the talk has focused on the atrophy in offensive performance–the Cowboys scored 31 points or more in each of their first three games but have scored 10,24 and 22 since. The reality is likely that the offense wasn’t as good as they looked early on aided by porous defenses as they faced the NY Giants, Washington Redskins and Miami Dolphins in their first three games.

The Philadelphia Eagles, meanwhile, have been struggling to find some traction on defense. They’ve got the #23 scoring defense in the NFL allowing 24.8 PPG and have been particularly bad against the past allowing 280.2 yards per game through the air. The offense has been pretty good and the Eagles have the #9 scoring offense in football putting up 26.8 PPG.

Both teams have struggled with injuries of late though they will get some players back here. The Cowboys will welcome the return of wide receivers Randall Cobb and Amari Cooper but could benefit equally from the return of starting OTs Tyron Smith and La’el Collins. All four of these players are listed as ‘probable’ which should give Dallas a boost. The Eagles will be without cornerback Avonte Maddox, running back Darren Sproles, linebacker Jason Peters, WR DeSean Jackson and linebacker Nigel Bradham. Cornerback Ronald Darby is listed as questionable. Eagles are on a 10-5 ATS run as a dog but with the Cowboys injury situation looking better we like them to respond to the ‘desperation mode’ and get a win putting some points on the board in the process.