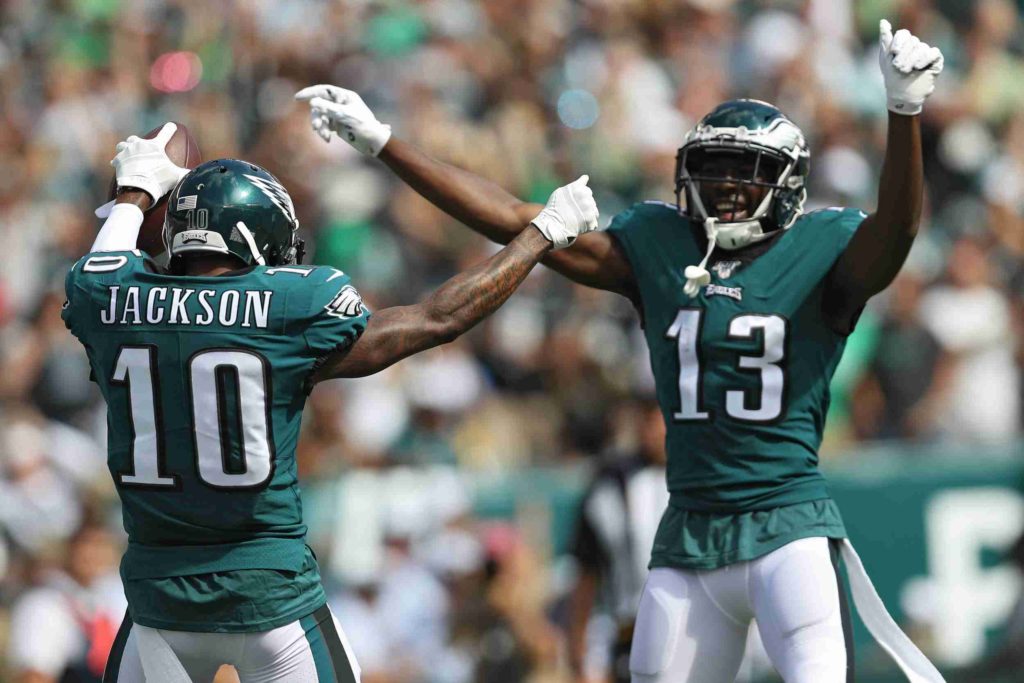 Sunday Night Football will hopefully be more competitive this week. It was a one sided blowout last week as the New England Patriots ripped the Pittsburgh Steelers 33-3. The Atlanta Falcons had rough start to the season as well as the Minnesota Vikings throttled them 28-12 in a game that wasn’t even as close as the final score indicates.

Philadelphia got their season off to a winning start with a 32-27 win over the Washington Redskins though they failed to cover the spread as -10 point home favorites. The good news: 436 yards of offense including 313 yards passing. The bad news: they allowed the Redskins to pile up 370 yards though the air. That was somewhat mitigated my an impressive rushing defensive effort which held Washington to 28 yards on the ground.

The Falcons came into the year with great expectations but I’m definitely not buying what they’re selling. The offensive line has shown some improvement but the question remains if the Falcons defense can do anything to slow down the Eagles’ offense.