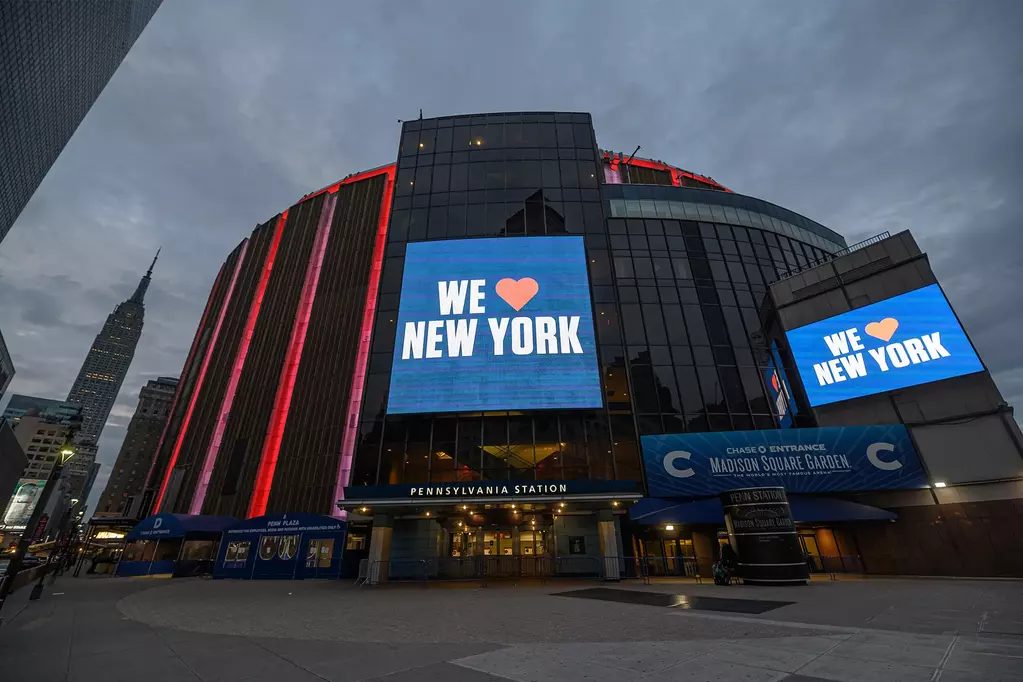 In a sign of (hopefully) better things to come the New York Rangers and New York Knicks are now able to host a limited number of fans for their home games at Madison Square Garden. MSG typically holds around 20,000 fans but for now both NYC teams will be playing home games in front of approximately 2,000 fans. The Knicks were the first to welcome fans back to the building when they hosted the Golden State Warriors on February 23 with the Rangers doing the honors against the Boston Bruins on February 26.

As you’d expect, both teams will honor the various essential and frontline workers that have done the heavy lifting during the COVID-19 pandemic. They’ll also bring in some as invited guests and highlighting their impact during in-game presentations. The team is doing everything possible to make the limited number of tickets available to both season ticket holders and the general public.

Knicks head coach Tom Thibodeau shared these thoughts about fans returning on behalf of his team:

“We’re very excited. We understand how important our fans are and certainly appreciate all the support that they’ve given us…We’re looking forward to the day when The Garden is full, but we’re excited to have our fans in the building – they’re an important part of our organization.”

“It reminds me of when I was a kid, I used to come to Knicks games with my Dad and I think that holds true for many people in this area, Connecticut-area, New Jersey. You always remember that. I have friends today, they tell me they’re doing the same things with their kids. And so, it’ll be special and, of course, all the times that I was here as an assistant in the 90s, a lot of big games, my parents, my brothers, sisters – they all came. So, it’s a family thing and I’m real excited about it.”

“Rangers fans are special – and we understand all the support they’ve given us from afar, so we cannot wait for the day The Garden is full. Even if it’s just a couple thousand fans to start, we’re beyond excited to see them in the stands and hear their energy during the game.”

“Our job is sports – we love what we do, and take great pride in representing our city. But we stand in awe of the people who dedicate their lives to keeping us safe and healthy and going every day – especially during these tough times. We can’t thank them enough. They are our heroes.”

Rangers center Ryan Strome is looking forward to playing in front of a live audience again:

“My reaction to having fans back in the building was just excitement. Even though it’s fun to play and we know the fans are watching on TV, it’s not the same without them in the building and rooting us on. We’re excited to grow the capacity in the rink here and get back to what we know best at MSG.”

A growing number of teams nationwide are starting to bring back live fans for home games, albeit in highly limited numbers and under strict social distancing.