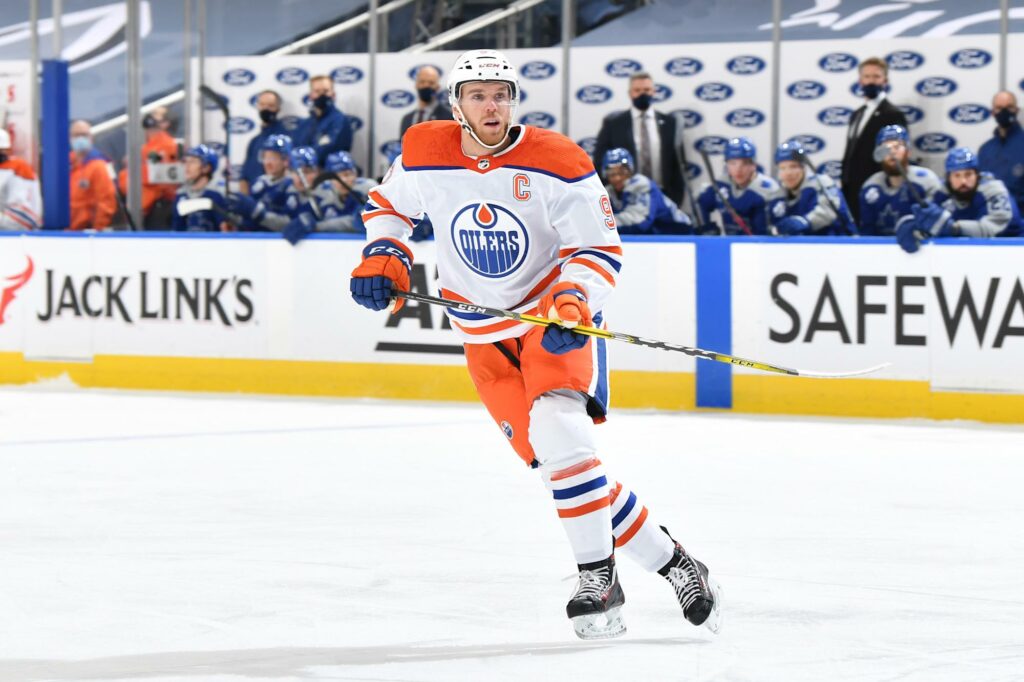 Connor McDavid is ridiculous. He hasn’t hit his 25th birthday yet and is in only his fifth season as a professional. What he *has* done is win the Art Ross Trophy as the NHL’s Most Valuable Player three times. He just picked up MVP #3.

Ironically, many sports fans might have missed one of #97’s most dominating season-long performances. With the NHL playing a truncated schedule–and the league’s Canadian teams exiled up North in their own division due to COVID-19 travel restrictions–they haven’t exactly been all over the US mainstream sports media. Here’s some of the highlights of McDavid’s 2020-2021 season via the NHL:

Winnipeg Jets head coach Paul Maurice had this to say about McDavid:

“He’s that good. You turn on the TV every night. If the Oilers played, you’re going to get a McDavid highlight, somehow and some way.”

McDavid didn’t win the MVP award last year though he still played a part. The winner? Teammate–and frequent linemate–Leon Draisaitl who finished a distant second to #97 in MVP Award balloting.

One thing McDavid hasn’t done during his career is enjoy much success in the playoffs. His 2021 postseason isn’t off to a good start either–the Oilers trail the Winnipeg Jets 0-2 in their opening round playoff matchup.