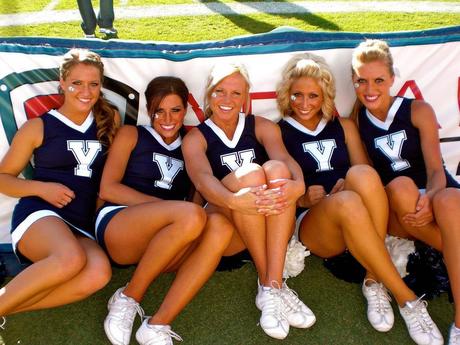 The BYU Cougars are off to a nice start this season despite facing a tough schedule in the early going. After a loss in their opening game against top ten Utah they’ve won two straight in overtime–at Tennessee and home against USC. They’ve got another Pac 12 opponent coming in this week as the Washington Huskies make the trip to Provo’s LaVell Edwards Stadium for Saturday’s game. The Huskies are also 2-1 on the year–their wins have come against FCS Eastern Washington and defensively bankrupt Hawaii. Their loss came against Pac 12 rival California.

You’ve got to give BYU head coach Kalane Sitake a lot of credit. He hasn’t always had the best personnel to work with as did many of his predecessors but he always has his Cougars teams focused and playing hard. They were in a perfect opportunity to quit down 13-3 at Tennessee but they found a way to come back, tied the game on a last second FG and won in double overtime. Coaches like to talk about their teams ‘not quitting’ but much of the time it’s just that–talk. Coach Sitake’s teams just don’t have any quit in them and that’s definitely to his credit. It also makes them a great team to bet on–particularly when they’re getting points.

Not really sold on Washington though they’ve looked good statistically. Then again, it helps to play a couple of overmatched teams. Their victories were over FCS Eastern Washington and defensively challenged Hawaii (#118 in total defense, #122-T in scoring defense). They lost to a tough opponent in #23 California–the Bears have a nasty defense but a very weak offense and that likely helped keep the score close.

California might not have the requisite focus needed for this game as they could be in ‘lookahead mode’ as they start the meat of the Pac 12 conference season next time out. On deck they’ve got USC, at Stanford, at Arizona and home against Oregon. BYU’s ‘on deck’ games are against a mediocre Toledo team and the miserable South Florida Bulls. Their next big matchup will be on October 19 at home against Intermountain West rivals Boise State. The altitude could also be a factor for the Huskies. Seattle, Washington is at 147 feet above sea level. LaVell Edwards Stadium is 4,649 feet.

BYU not getting the respect they deserve from the public and that’s reflected in the line. Fine with us–we’ll take the +6 points and look for them to win outright.