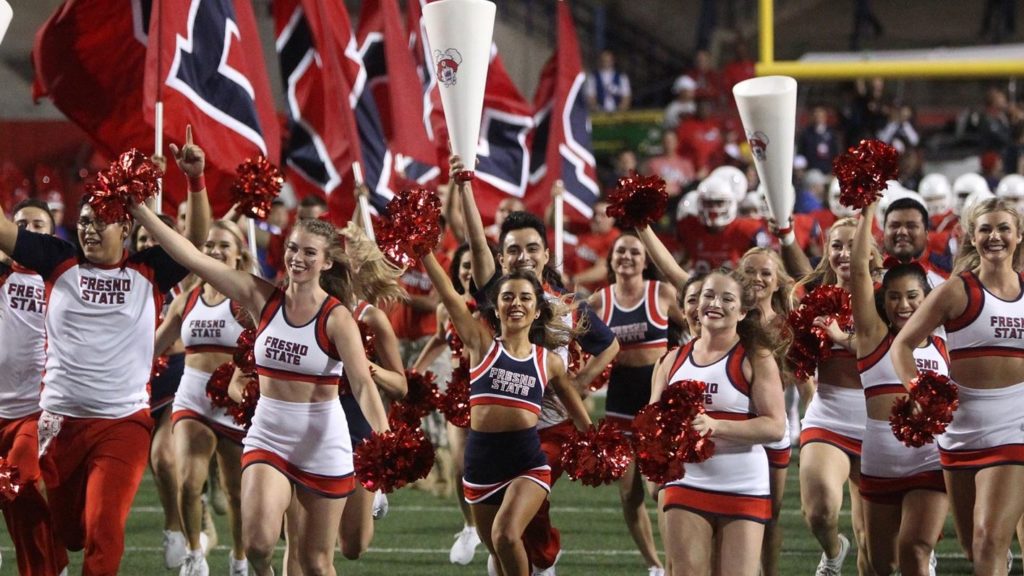 There are few football programs in the country as long suffering as the UNLV Rebels. They’ve not been to a postseason bowl game since their trip to the ‘prestigious’ Heart of Dallas Bowl in 2013. They’re closing in on 20 years without a bowl win–the last time they did that was the Las Vegas Bowl in 2000. The UNLV program has the uncanny ability to take good coaches and turn them into bad coached. Bobby Hauck built an FCS level dynasty at Montana but did nothing in five years as UNLV’s head coach. He somehow managed to drag the team to the only winning season the Rebels have had in 18 years going 7-6 season in 2013. Unfortunately, he also had four 2 win seasons in five years and was sent packing. He’s back at Montana where the Grizzlies are 5-1 this season. The current coach at UNLV is Tony Sanchez–a local Las Vegas legend due to his work at Bishop Gorman High School. Simply put, he turned the school into a powerhouse.

Spoiler alert–he’s been unable to turn UNLV into a powerhouse. He’s got a record of 18-36 SU and in the final year of his contract the prevailing wisdom is that he’ll need a bowl eligible season to not get sent back to the Nevada high school circuit. The Rebels are 2-4 on the year so things aren’t looking good. This week, however, we get the opportunity bet against UNLV in a situation that I never thought I’d see in my lifetime. UNLV is coming in off a road win over a SEC team. Sure, it was Vanderbilt whom UNLV caught in a down year where the Commodores are 1-5 straight up. Even so, UNLV actually won a road game against a team that plays in the same conference as Georgia, LSU and Alabama.

Disabuse yourself of the notion that UNLV might have shown a ‘buy’ sign at Vanderbilt. The Rebels are on a 1-5 ATS run in Mountain West play and face a team in Fresno State that has been one of the best pointspread propositions in the country in recent years. The Bulldogs are on a 22-9 ATS run over the last three years including 8-5 ATS at home and 13-5 ATS in MWC play including 5-2 ATS as a conference favorite of 10 or more. They haven’t had a great ATS year this year (1-3-1 ATS) but they catch UNLV in a perfect–actually unprecedented–situation.

Rebels are without starting quarterback Armani Rogers who suffered a knee injury earlier in the season. UNLV will give redshirt freshman Kenyon Oblad his fourth start in his stead. This hasn’t worked particularly well–the Vandy win notwithstanding–since Oblad isn’t the rushing threat that Rogers is. UNLV has had to revamp their offense on the fly going more ‘conventional’ than the rush oriented scheme they’d prefer to play. UNLV lost Oblad’s previous two starts by a combined margin of 91-30. Fresno State only allows 155.6 yards of rushing per game so Oblad will have to try and beat them through the air.

Fresno State won last year’s matchup at the Sam Boyd Stadium (it’s still the Sam Boyd Silver Bowl to me) 48-3. Rebels defense isn’t half bad this year so the ‘Under’ looks like the play. 4 of 6 head to head have gone ‘Under’ including the last 2. Fresno ‘Under’ in 15 of their last 18 conference games and 16 of their last 20 at home.