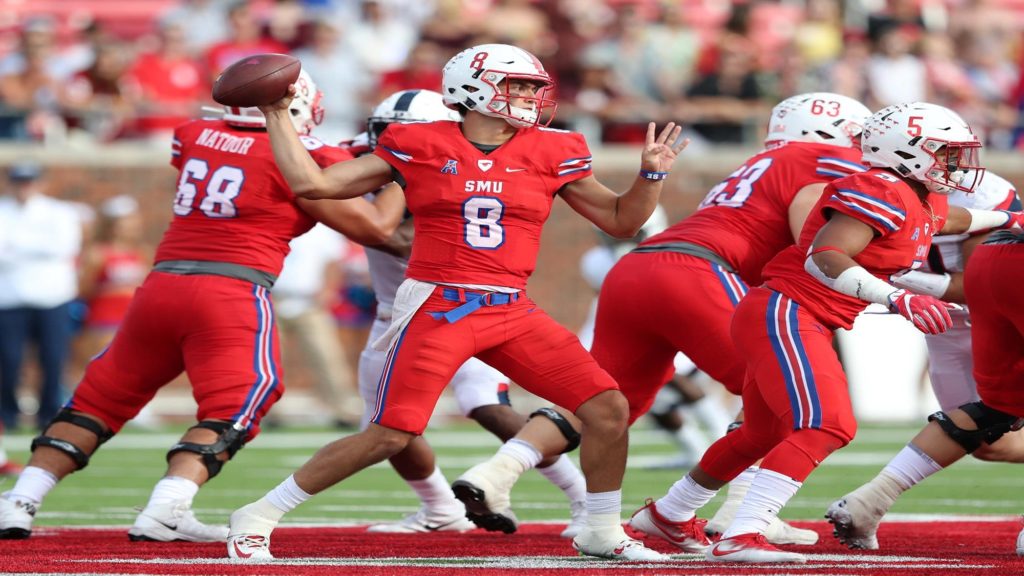 The South Florida Bulls and SMU Mustangs begin the American Athletic Conference season on Saturday and it looks like these are teams heading in different directions. For the Bulls, they’re heading in the wrong direction which has been a trend under head coach Charlie Strong. Strong took over in 2017 going 10-2 with a team that had gone 11-2 the year before. The 2018 season started with a lot of promise as South Florida won their first 7 games of the year but at that point the bottom fell out. The Bulls lost six straight to close the season and have lost 2 of 3 this year.

It’s actually worse than that–the Bulls’ only win this year came against overmatched FCS foe South Carolina State meaning that the last time USF beat a FBS school was October 20, 2018 against Connecticut. That UConn team finished 1-11 last season. Before that, they beat Tulsa (3-9 LY), UMass (4-8 LY), East Carolina (3-9 LY) and Illinois (4-8 LY). Illinois is the last team that had a winning record when South Florida beat them but their win over Georgia Tech on 9/8/18 is their last victory over a team that finished the season with a winning record.

Charlie Strong threw all of his assistants under the bus to save his job after last season but might not be so fortunate this year. South Florida gave most of the playing time to freshman Jordan McCloud last week which could be a permanent move since Blake Barnett has been ineffective this season. If that’s the case, Strong could see the ‘writing on the wall’ that his team is going nowhere. USF has been one of the worst investments in college football over the past few seasons and particularly at home where they’re 4-10 ATS.

At SMU, things are looking up in Sonny Dykes’ second season at the helm. They’re 3-0 on the season and have a new transfer quarterback in former Texas Longhorn Shane Buechele. SMU has been money in the bank in September, on a 10-3 SU/ATS run. Mustangs are a quickly improving team and that’s evident in the line move—the game opened at -6 and is up to -7.5 or higher. This should be a blowout. At this point, we’re looking to go against USF with just about any opponent and SMU is much better than just ‘any’ team.