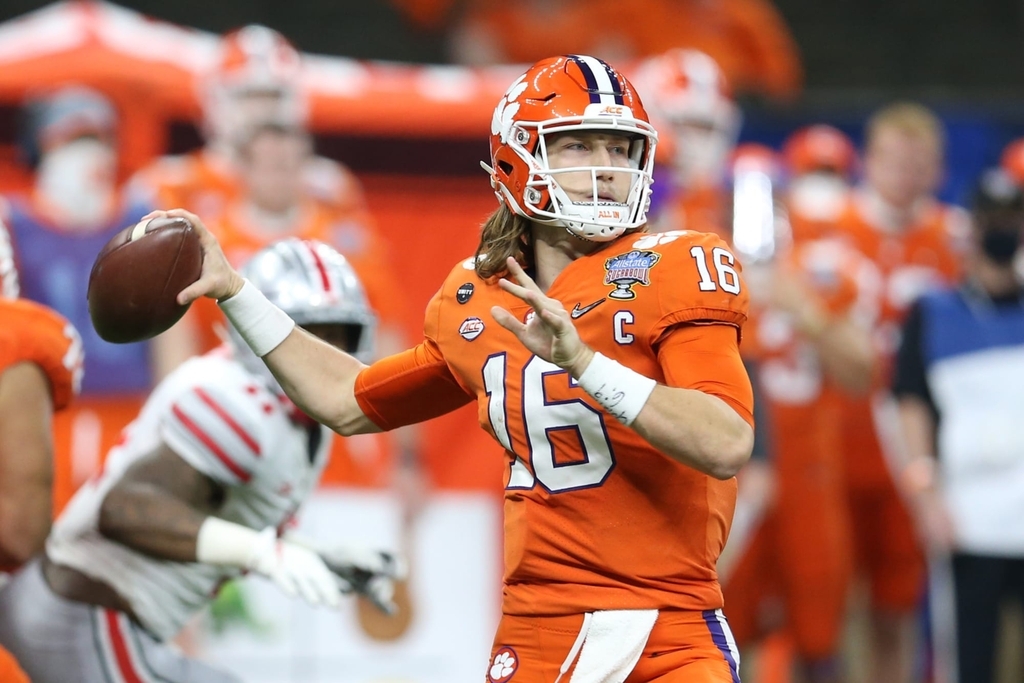 Not really a big surprise but Clemson quarterback Trevor Lawrence made it official on Wednesday: he’s declared for the NFL Draft. The shaggy haired Lawrence made his decision known via a video posted on his social media outlets.

Lawrence is the likely top overall pick and really does have all of the tools for success at the next level including size (6’6″), arm strength and smarts. He’s by all accounts a great teammate and a solid person off the field.

The Jacksonville Jaguars have the #1 overall pick in the NFL Draft and there’s every reason to expect they’ll select Lawrence. He reportedly had no interest of going to the New York Jets–they had the inside track to the #1 pick for awhile–but likely kept his ultimate decision on the QT to not serve as a distraction during Clemson’s season and postseason. Lawrence was expected to enter the draft all along but he did leave himself an out if he wasn’t happy with the team likely to draft him:

Clemson coach Dabo Swinney has been effusive in his praise of Lawrence, calling him “the greatest winner I’ve been around.”