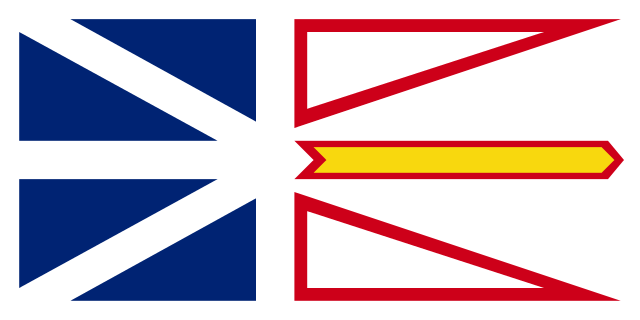 Gambling is legal within the province, and this extends to sports betting in Newfoundland & Labrador. Video lottery terminals and ticket lotteries are policed by the Department of Public Safety, while the daily operations are handled by the Atlantic Lottery Corporation. This latter entity is co-owned by the four Atlantic provinces, which include Newfoundland & Labrador, Nova Scotia, New Brunswick, and Prince Edward Isle.

The Department of Government Services handles licensed charitable gaming, while horse racing is regulated by the Canadian Pari-Mutuel Agency and Standardbred Canada. While indigenous tribes have the legal ability to open their own gaming facilities, no formal First Nations gambling is currently being offered in the province.

Over 3,800 charitable licenses have been issued in the province, and there are over 1,000 ticket lottery outlets (such as convenience stores). Nearly 500 bars and lounges provide video lottery terminals, and there are over 2,000 of these machines in operation throughout the region.

This article is meant to take a look at sports betting in the province, but please keep in mind that I am not a lawyer. If you want reliable advice about the legality of different types of gambling, your best bet is always to sit down with an attorney and talk things over.

Newfoundland & Labrador sports betting is legal, and it’s managed by the Atlantic Lottery Corporation. This group has been around since 1976, and it takes care of the daily lottery operations for the four provinces that share ownership.

The ALC offers a service known as Pro-Line for customers who want to wager on sports, and it can be found both online and at licensed retailers throughout the province. In order to take part, a resident must be at last 19 years old (which is also the legal drinking age).

• Pro-line is available throughout the province.

• Players can grab a Pro-Line ticket from their local convenience store, or they can go online and participate.

• Payouts are always fast and reliable.

• Some sports may not be available. At the moment, Pro-Life offers the following sports when they’re in season: hockey, pro and college football, baseball, soccer, pro and college basketball.

• The odds offered on games are disappointing when compared to online sportsbooks. The latter are forced to provide competitive odds due to industry competition, but this isn’t the case with the state-run Pro-Line. In fact, the difference between the two can add up to more than 20 cents per dollar wagered.

• Single wagers can’t be made. Instead, the player must place two or more bets and get all of them correct in order to receive a payout.

The following betting options are currently available from Pro-Line:

• Pro-Line – Choose the winners of two to eight games, while risking $2 to $25 on each selection. You can bet against a point spread, choose a straight up winner, or pick the over/under option.

• Pro-Line Futures – Risk from $2 to $100 while choosing the winner of a league or tournament prior to the start of the season or event.

• Pro-Line Stadium Picks – Predict the winners for a series of games. The most successful picks you make, the more point you’ll receive. Scores are updated on the website’s leaderboard, and the top prognosticators end up with prizes.

• Stadium Bets – Pick two to eight parlay wagers and risk from $2 to $250. Betting options include moneylines, point spreads, and over/under.

Since the history of Newfoundland & Labrador often differs from the rest of Canada, their interest in sports is also diverges in many ways. For example, rugby and soccer are far more popular than in the rest of the nation, while football is rarely seen.

Here are some of the local teams that sports bettors currently have the option of wagering on:

• The Rock – Rugby union team that plays in the Canadian rugby Championship and draws players from the eastern provinces of the nation.

College and university athletics don’t draw gamblers like they do in the United State, but they still present hardcore gaming enthusiasts with an additional opportunity for wagers. Unfortunately, Newfoundland and Labrador only has one institution with a collegiate-level athletic program.

It’s legal to gamble on the Internet in Newfoundland & Labrador, and this extends to casinos, poker rooms, and even sports betting. A wide range of online sites tailor their services to the Canadian market, as well, since the nation has never passed legislation like the UIGEA from the United States. The Canadian dollar is a widely accepted currency on these sites, and French is often provided as one of the numerous available languages.

The province may not be flush with major athletic teams, but Newfoundland & Labrador sports betting is still going strong. Video lottery terminals and paper tickets are available across the province, and customers can also head to the Pro-Line website and place wagers on their favorites teams.

The biggest disadvantage of the Pro-Line games is the sub-par betting odds, which is why serious gamblers often seek out online bookmakers to make their wagers. These sites are legal within the province, and they offer a greater diversity when it comes to betting line quality and team selection.