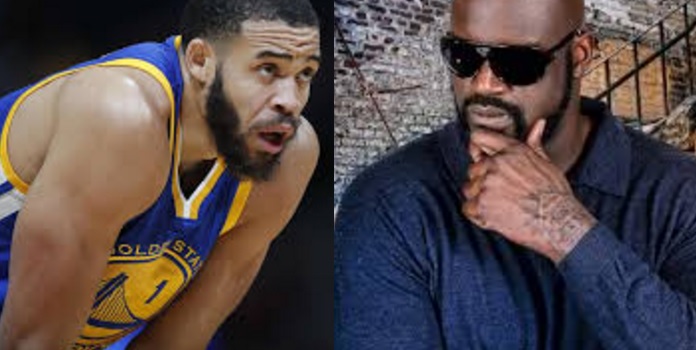 The two hate each other after Shaq’s merciless taunting of McGee through the Inside the NBA segment Shaqtin’ a Fool.

Fed up with being featured on the segment for years, McGee has lashed out at Shaq and the show recently. The beef has supposedly died down, but, with no apologies, the tensions are still there and a flare-up could definitely happen in the future.

That said, let’s look at the top 10 moments from this feud.

We’ll get in to all of the things that led up to this point, but the highlight of McGee and O’Neal’s beef reached its peak following a Dr. Strange segment (see point #6) focused entirely on JaVale. Here’s a look at the war of tweets that erupted:

Oh we threatening people now? Kick rocks you old bastard… you ain't gone do sh** !!! And that's on my mama… stick to cooning! https://t.co/ZFuGREc1WJ

Sticking up for his teammate, Warriors star Kevin Durant made sure to point out that Shaq wasn’t the perfect player either.

After talking about how hard McGee works, Durant dissed some of Shaq’s faults.

Again, we don’t think that this feud will be entirely over. But according to The Undefeated, Shaq’s mom, Lucille, said that her son needed to quash the beef.

“It’s not funny anymore, seeing the things they’re saying to each other,” Lucille said from her Orlando home. “They need to squash this and move on.”

O’Neal backed up the story.

“My mama [said end it]. Just say Shaq’s mom called him, told him, ‘Stop this silliness. Leave him alone.’ So that’s the end of the beef,” said Shaq. “You won’t be hearing about it from my side anymore. Mama has spoken.” 4. McGee’s Mom Says Shaq Needs to be Fired from TNT

Both moms got into the act, with former WNBA player Pamela McGee accusing Shaq of cyber-bullying.

“He cyberbullied my son,” said Pamela. “Totally inappropriate. Shaquille needs to lose his job or be suspended. The NBA needs to make a stand.” Besides support from Durant, the whole team had his back when the Golden State organization went to Turner Sports and expressed concern over McGee’s frequent appearances on Shaqtin’ a Fool. While funny, this is also the fuse that lit the spark for the Twitter battle in highlight #1.

When Shaqtin’ a Fool started, McGee was an immediate target, winning the MVP in 2011 and ’12. Here are some of his earliest moments from his Shaqtin’ a Fool appearances.

During a 2013 interview with Inside the NBA, McGee let his displeasure with Shaqtin’ a Fool be known.

Not only did he dub it “Shaqtin’ a Coon” – indicating Shaq is cooning him – but he also labeled O’Neal a bully.

He ended the segment by saying that Shaq is “old as dirt.”

9. McGee Continues being a Target of Shaq

2011 was just the beginning as McGee became a regular in the Shaqtin’ a Fool segments. Here’s a compilation of McGee’s highlights:

This feud went to another level in early 2017, when Shaq made fun of McGee’s haircut. The later then made another reference to Shaq cooning he and other players through the segment.

It all makes sense @SHAQ pic.twitter.com/Fsbqx80R5J