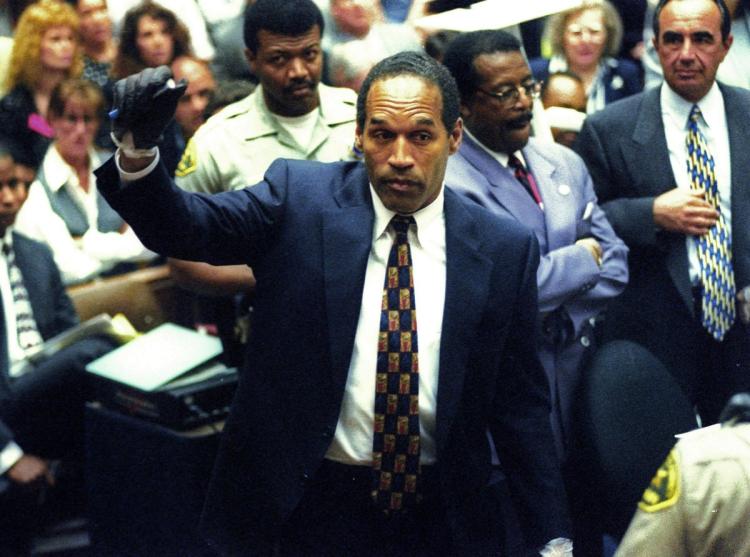 –NFL great OJ Simpson became infamous following the murders of his ex-wife and her male friend.

–He was acquitted of their murders but was sentenced to a long prison term on other unrelated charges.

–Simpson has a very good chance of being released from prison on parole later this year.

To say that OJ Simpson has had a bizarre life is an understatement. He’s gone from college football and NFL legend to movie and TV star to an infamous criminal and prison inmate. Most of the public considers him to be a likely double murderer at worst and a jealous and abusive husband at best. His arrest and subsequent trial for the murder his ex-wife Nicole Brown and a waiter at the once hip Brentwood restaurant Mezzaluna named Ron Goldman was the biggest news story in the nation during the mid-1990’s. Simpson was infamously acquitted on the murder charges but lost a a $33.5 million judgment in civil court for the deaths of Brown and Goldman.

OJ continued to exist on the periphery of fame exclusive to one time ‘household names’ that have been discredited and are no longer acceptable to decent people. He wrote a highly dubious book called ‘If I Did It: Confessions of the Killer‘ which was as close as anyone would get to a confession. Otherwise he continued to exist in his bizarro celebrity nether world until another incident, this time in 2007 at the decidedly un-chic Palace Station Hotel and Casino in Las Vegas. Simpson and a group of cohorts were arrested for ‘re-claiming’ some of his sports memorabilia at gunpoint. He’d eventually be convicted of kidnapping and armed robbery and in late 2008 was sentenced to 33 years in the Lovelock Correctional Institution located in the barren wilderness of Northwestern Nevada. He’s been there ever since living by all accounts a quiet life as inmate #1027820.

WILL ‘THE JUICE’ GET LET LOOSE?

The last the public has seen of OJ Simpson was at a 2013 hearing requesting a new trial. That request was denied and he’s been incarcerated ever since. He received parole on his armed robbery convictions in 2013 but remained in custody due to his kidnapping charges. He’s scheduled to have a parole board hearing on the remaining charges on July 3, 2017 and there’s a very good chance they’ll recommend his release. If that transpires, he’ll be a free man as early as October 2017.

There’s some phony anger in the media about Simpson getting out of prison early but it’s completely misplaced. People have a tendency to conflate their anger that he was acquitted for a couple of murders that he very well might have committed with the legal facts at hand. That’s not going to do anything to placate the Goldman family who remain obsessed with some sort of vengeance for their daughter’s death:

“They have vowed to pursue him to the ends of the earth and will continue to do so after he walks out of prison. His nightmare might be coming to an end, but theirs never will.”

Despite the seething hatred of the Goldman family the State of Nevada has no apparent reason to deny Simpson’s parole request. He’s been a model citizen in prison and has even served as a mentor for younger inmates. No one is trying to suggest that OJ is a ‘changed man’ but he’s definitely ‘done the job’ and met the conditions set forth that typically earn a prisoner early release.

The prospect of OJ Simpson walking out of prison a free man within a matter of months presents no shortage of questions. SPORTS BETTING EXPERTS has set betting odds on a number of these questions about what life will be like for Simpson when he rejoins society at the age of 70:

Will OJ Simpson be released on parole?

Will Donald Trump reference OJ Simpson in a Tweet before 12/31/17?

Will any of OJ’s children greet him as he leaves prison?

What will OJ Simpson do as he leaves prison?

Will OJ Simpson speak to the media at the time of his release?

Where will OJ Simpson live after his release from prison?

Will the family of Nicole Brown and/or Ron Goldman release a statement upon OJ Simpson’s release?

Will OJ Simpson go back to prison for another crime before 1/31/18?

Will any of the living members of OJ Simpson’s legal ‘dream team’ from his murder trial make a statement upon his release? (Alan Dershowitz, Robert Shapiro, Barry Scheck, F. Lee Bailey)

Will any member(s) of the Kardashian family make a statement upon OJ’s release?

Will “Kato” Kaelin make a statement upon OJ’s release?

Will the Buffalo Bills, San Francisco 49ers, Roger Goodell and/or the NFL make a statement upon OJ’s release?