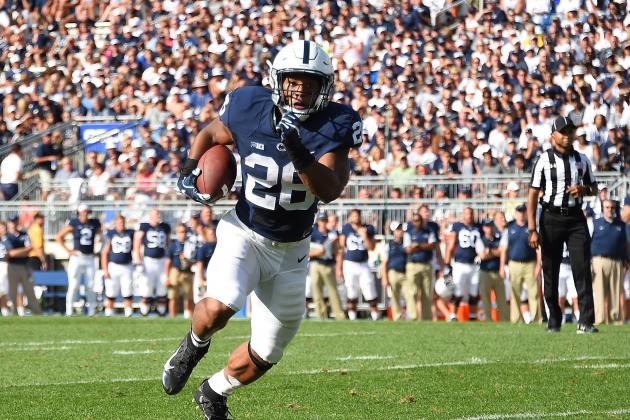 In the ‘dog days’ of Summer with little to occupy the attention of sports betting fans other than mid-season baseball and CFL Football it’s only natural that we start to focus on the forthcoming NFL and college football seasons. This is true from a practical standpoint as well as a betting standpoint–for North American facing sports books the start of football season ‘kicks off’ their busiest time of year. College football in particular should be especially exciting this season with a National Champion in Clemson that lost a ton of firepower to the NFL including quarterback DeShaun Watson and many of the leaders on the Tigers’ fearsome defense.

THE NATIONAL TITLE COULD GO THROUGH THE BIG TEN EAST

That means the National Championship picture should be a wide open race and that’s good news for Big Ten fans. The conference has a legitimate opportunity to challenge for college football’s top prize after years of domination by the SEC. Ohio State has won the only two National Championships by a Big Ten school since 2000 but this year they’ll have their toughest battle not only within their own conference but within their own division.

Ohio State seems to produce a brutally talented team every season and they’re impeccably coached by Urban Meyer. 2017 looks to be no different but that still might not be enough to win the Big Ten East, let alone the National Championship. Their primary contender will be a longtime rival that has completed their resurrection from one of the darkest times in program history–the Penn State Nittany Lions. Penn State ‘shocked the world’ by wining the Big Ten Championship last year and they’re going to be in the mix to repeat. The good news for Big Ten football fans–no matter which team comes out of the conference they’ll be poised to be a player in the National Championship picture. This hasn’t been lost on Las Vegas bookmakers who have installed Ohio State as a +875 fourth choice to win the National Title behind Alabama, USC and Florida State. Oklahoma looks like an overvalued fifth choice in the wake of Bob Stoops retirement and that could benefit Penn State who are the linesmakers sixth choice to win the crown at +2000 (which could make them one of the best values on the board.

It’s a ridiculously well worn cliche by this point, but under head coach Urban Meyer the Ohio State Buckeyes don’t seem to rebuild–they just ‘reload’. That looks to be true again this year but there is at least a couple of areas of concern. First the good news–the Buckeyes should fare well in the trenches with a massive, talented offensive and defensive line. Ohio State should have a very strong run defense and pass rush and the hope is that this can mitigate some of the areas of concern. On defense, the secondary could be a problem. Even in the best case scenario, it will be virtually impossible to perform up to the standards of the recent vintage Buckeyes’ secondary. That unit was among the best in college football over the past few seasons but lost starters Eli Apple, Vonn Bell ad Tyvis Powell to the NFL before last season and three more starters in the first round of this year’s NFL draft (Marshon Lattimore, Malik Hooker and Gareon Conley). No unit can be expected to replace five NFL first round and one second draft choices lost over two seasons so the pass rush will have to give the rebuilding secondary a lot of help. On offense, the rushing game looks solid but there are questions about the downfield passing ability of quarterback JT Barrett. Ohio State gets a lot of help from an easy non-conference schedule and a favorable conference slate.

Even for an ‘outsider’, the rebirth of Penn State football in the wake of the Jerry Sandusky/Joe Paterno fiasco has been one of the more amazing and inspiring stories in college sports. Penn State football was supposed to struggle for years in the aftermath thanks to NCAA sanctions that included a loss of 40 scholarships. Instead, they’ve gone 40-24 since and haven’t had a losing season since the ‘changing of the guard’. but instead have gone 40-24 ever since. Current head coach James Franklin came to the program from Vanderbilt in 2015 going 7-6 in his first season and was named college football’s ‘Coach of the Year’ last year as he took the team to a 10-2 record overall along with an 8-1 conference record and a Big Ten title that included an upset win over Ohio State. The bar is set high for 2017 but the team will welcome back 16 starters along with a highly touted recruiting class. The offense is borderline unstoppable behind quarterback Trace McSorley and running back Saquon Barkley. The defense should be as solid as last year as they return seven starters and the unit’s top eight tacklers from a year ago. The biggest problem this year might be maintaining momentum after a great 2016 and managing high expectations for the team. McSorley and Barkley are legitimate Heisman Trophy contenders and the team has the talent to repeat as Big Ten champions.

That makes October 28 the most important day of the season for both schools and maybe even the entire conference. Penn State will play at Ohio State and although the game comes midway through the conference slate could very well determine the winner of the Big Ten East and could take the loser out of the National Championship picture. The rest of the conference just looks to be a cut below Penn State and Ohio State. Michigan hasn’t been able to jump into the upper tier nationally and with 10 starters lost on defense it’s hard to see them hanging with the Nittany Lions or the Buckeyes. The rest of the conference–Indiana, Maryland, Michigan State and Rutgers. Best case scenario for Indiana and Maryland would be to finish over .500 overall and in conference play while Michigan State and Rutgers are well off the pace as they combined to win only one conference game last season.