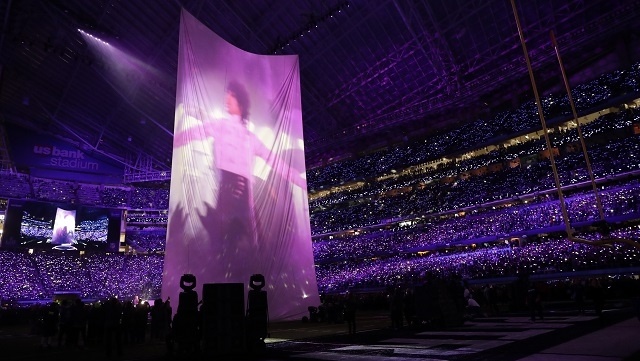 –Philadelphia won outright as a +4.5 underdog. The Eagles were underdogs in all three of their 2018 playoff games.

–The teams combined for 74 points which easily sailed over the closing total of 49.

Another NFL season is in the books as the Philadelphia Eagles upset the defending champion New England Patriots to win Super Bowl LII in Minneapolis. The game had opened with the Eagles a +6 point underdog, which was quickly bet down to +5.5. That may have had more to do with bettors wanting to get the ‘key number’ of 6 than any marketplace support for Philadelphia. The support for the Eagles would come, however, and by kickoff they had been bet down to a +4.5 favorite. A few books had the game at +4 with at least a couple of influential offshore sportsbooks at +5.

The total on the game saw only slight movement after opening at or around 48 (depending on the book). At kickoff, the most common total on the screen was 49 but there were a few books at 48.5 or 49.5. Heading into the game, three of the last four and four of the last six Super Bowls had played ‘Over’ the total. From a historical perspective, the Super Bowl has gone ‘Over’ in 27 of 51 games. Note that Super Bowl I didn’t have an official total posted which is why there’s only 51 games.

–ANOTHER RECORD SUPER BOWL BETTING HANDLE IN NEVADA: The story for much of the season was the NFL’s declining TV ratings suggesting that their popularity is starting to erode. The TV rating for Super Bowl LII was down 7% from last year’s game though the audience of 103.4 is still massive. Regardless of the league’s long term popularity trends the Super Bowl is still big business at the betting windows of Nevada sports books. The Nevada Gaming Control Board announced on Monday that a record $158.6 million US was wagered on Super Bowl LII for an increase of more than $20 million over last year’s total. On the other hand, the state’s sportsbooks won a total of $1,170,432 US for a hold percentage of 0.7%. That’s the smallest win for the books since 2011.

–IF YOU THINK THAT SPORTSBOOKS ALWAYS MAKE MONEY ON THE SUPER BOWL YOU’RE RIGHT–ALMOST:

Nevada gaming regulators have been tracking the wagering handle and hold for the Super Bowl since 1991. They’ve ended up in the red only twice in twenty-eight years. In 2008, they lost $2.57 million USD (-2.8%) on Super Bowl XLII as the New York Giants beat the New England Patriots outright as +12 point underdogs. The only other time that Nevada sportsbooks have lost money on the game was in 1995 when San Francisco beat San Diego 49-26 in Super Bowl XXIX. That year bookmakers lost $396,674 US or -0.6%. Nevada sportsbooks enjoyed their biggest win in 2014 when Seattle beat Denver in Super Bowl XLVIII to pocket $19,673,960 USD for a 16.5% hold.

–UNDERDOGS CONTINUE TO DOMINATE SUPER BOWL BETTING: When I first got into sports betting you could do a lot worse than just betting the favorite in the Super Bowl. The team laying points got the money in 21 of the first 29 Super Bowl games for a 72% winning clip. Things have changed dramatically since then. Since the ‘push’ in Super Bowl XXXIV the underdog has covered 13 of 18. They’ve also covered 7 of the last 10 Super Bowls and the all time betting record now stands at 25-24-2.

–MISSED PAT = A NICE UNDERDOG PROP BET WIN: When Jake Elliott missed a PAT in the first quarter it cashed the ‘Will There Be A Missed Extra Point’ prop bet for a +220 profit. NFL kickers hit PATs at a 95% clip and heading into Super Bowl LII there had only been eight games with a missed extra point (there had been 9 total with two in one game). Each kicker would miss an extra point on Sunday. The Eagles’ Elliott missed three extra points during the regular season while New England’s Steven Gostkowski missed two.

–PREGAME PROPS CASH TICKETS, HALFTIME SHOW PROP RESULT CONTROVERSIAL I got word on Saturday that Super Bowl National Anthem singer Pink had the flu and that it would likely impact her performance. My source advised me to take the ‘Under 2:00’ for the length of the anthem since she wouldn’t even attempt any high notes due to her illness. There’s no way to determine if that was the reason but the ‘Under’ in the ‘Length of the National Anthem’ prop was an easy winner. One of the halftime prop bets had an interesting result–Justin Timberlake did a tribute to Prince during his halftime performance but due to the wording of most relevant bets the outcome of the wager might not have matched the intent of the artist. My prop on the halftime show had the following wording:

WILL JUSTIN TIMBERLAKE PERFORM A SONG WRITTEN AND/OR RECORDED BY PRINCE DURING THE SUPER BOWL LII HALFTIME SHOW?

But here’s how it went down (emphasis added):

He played a little bit of each of those on Sunday night as he danced his way smoothly through “Cry Me A River” and “Suit & Tie.” And he also made time for a Prince tribute, since the game is in Prince’s home city of Minneapolis. Timberlake started at the piano playing his own song, “Until The End of Time.” Then, a Prince projection performed “I Would Die 4 U” as purple lights spread all over the city.

So a classic Prince song was performed during the halftime show–but Justin Timberlake didn’t perform it. So how do you grade it? According to the wording of the bet it’s probably a winner for the ‘NO’ but that’s a tough result to go with given the big deal he made over paying tribute to Minneapolis’ own rock icon. They even turned US Bank Stadium into a huge purple ‘Prince symbol’. At the same time, it’s hard to go with ‘YES’ since Timberlake didn’t perform the song. My call? I would have graded it ‘no action’ and returned all bets. It wouldn’t make anyone happy but at least no one would lose any money on the tough call.