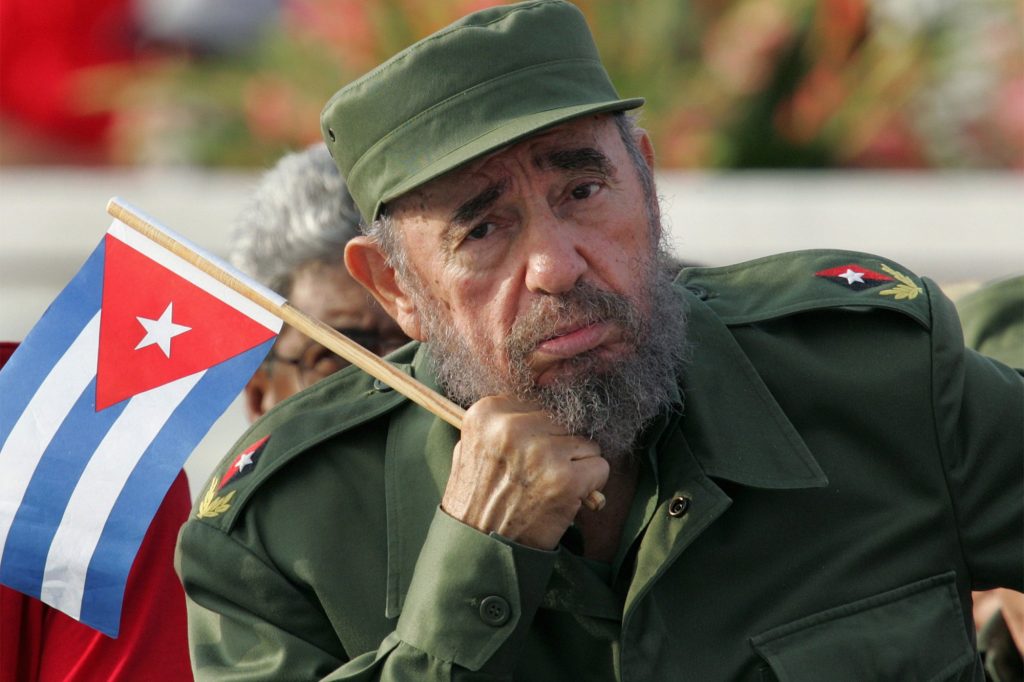 -There’s a lot of symbolism involved with a country’s delegation to any world leader’s funeral.

– The US is encouraging economic ties with Cuba to benefit the Cuban People.

– Even with his brother, Raul, in power Castro’s death could quickly bring changes to Cuba.

In politics, nothing is ever simple. Every statement or action will be second guessed and analyzed by the media. The political opposition will look for opportunities to spin it to their favor. This isn’t unique to the United States–it’s the same for every country in the world. As the digital revolution spreads information and ideas with complete disregard to time and borders the pressure to always say and do ‘the right thing’–or to spin ‘the wrong thing’ so it seems right–is never ending.

Nowhere has this been more evident than in the reaction to the death of Cuban dictator Fidel Castro. To most people, the reality is obvious–Castro wasn’t a nice guy. In fact, that might be the understatement of the century. Despite a fawning media, sympathetic left wing politicians and fuzzy thinking academics saying otherwise the overwhelming majority of Cuban citizens and immigrants are glad he’s gone. Comments like ‘Cuba is better off’ and ‘I wish my dad lived long enough to watch Castro die’ are common among Cuban-Americans on social media as are expletive laden invectives that can’t be reprinted here.

No matter your opinion of Castro, it’s obvious that big changes are ahead for Cuba and its people. The long running US embargo against Cuba–which did nothing but impoverish its citizens and allow Castro to further consolidate his power–is slowly coming to an end. Americans can now legally travel to Cuba and once their citizens get a whiff of free markets it’ll be ‘game, set and match’ for ‘El Comandante’s’ revolution. Unfortunately for the Cuban people, it’s unlikely that US politicians have the political courage to help. Castro used his people as a propaganda tool, and until there’s a good deal more change Cuba will remain more valuable to American political partisans as a prop for their own feigned ideological ‘outrage’.

FIDEL CASTRO’S FUNERAL AS A HUGE OPPORTUNITY FOR THE WEST

President Richard Nixon is hardly considered an ‘American Hero’ but even his biggest detractors give him credit for one thing: a courageous and proactive approach to foreign policy. On a personal level, Nixon may be among the most ‘underrated’ US Presidents in history–a downright brilliant man who doesn’t get any props whatsoever for his quick wit, keen insights and world class writing ability. Even so, he gets a ton of credit for his courageous 1972 trip to China which helped normalize relations with Beijing at the heart of the Cold War. Secretary of State Henry Kissinger set the stage, making a number of secret trips to China for advance meetings. As we witnessed recently with the media hysteria over President Elect Donald Trump leaving their watch for a few hours to have a steak dinner with his family, even that might not be possible today.

Political courage is in short supply today but should President Obama want to help galvanize his legacy he’s got a huge opening to do so. Heading to Cuba for Fidel Castro’s funeral would infuriate his shortsighted and opportunistic political enemies but what could they do? He’s leaving in just under two months anyway. A diplomatic ‘show of force’ by the Western world–and particularly the US–could further weaken the tenuous hold of Raul Castro (who many observers don’t see maintaining power longterm despite his last name). It could kick open the door to facilitate greater economic relationships not with the Cuban government but between its people and the rest of the world. It’s impossible to consider every possible scenario that could transpire but anyone who was paying attention during the Cold War understands that it wasn’t fear of a strong US military that brought down the ‘Iron Curtain’–it was the transformational benefit of free markets, economic opportunity and the exchange of ideas and information. It happened quickly enough for the USSR and its former satellites, but the digital revolution could have brought about the fall of Soviet Communism in a fraction of the time. It could transform Cuba–a much smaller country in close geographic proximity to the United States–in a matter of months.

Unfortunately, that’s almost certainly not going to happen. Cuba is caught between a President that hasn’t had the political will to see through his own campaign promises (ending wars, closing Gitmo, rolling back Bush civil liberties abuses) and one that ran on an anti-immigrant, isolationist platform. Obama’s aides have announced that he won’t be going to Cuba for the funeral nor will the US send an ‘official delegation’. They *are* sending a ‘delegation of officials’ which makes the true nature of the US presence more one of semantics than diplomacy. The table is set for a courageous overture to the Cuban people by the West but it’s doubtful if Obama–or his allies in Canada, Great Britain and Europe–have the guts to see it through.

The odds below are on the international presence at Fidel Castro’s state funeral to be held on December 3 or December 4, 2016. The specific date is unclear since the Castro mourning process in Cuba is a long, drawn out affair. Castro has reportedly already been cremated as per his wishes. A casket with his ashes has laid in state at the José Martí Memorial in Havana on Monday and Tuesday followed by a rally at the Plaza de la Revolución on Tuesday night where Cuba’s ever dwindling group of political allies paid tribute. On December 3, a memorial ceremony will take place at Plaza Antonio Maceo in Santiago de Cuba and the next day Castro’s ashes will be interred at Santa Ifigenia Cemetery in Santiago de Cuba.

For the purpose of the prop bets we’ll grade them based on attendance at either the memorial ceremony or interment. Since it’s clear that the White House might try to explain away the US delegation attending the funeral as ‘unofficial’ we’ll grade it another way. We’ve posted numbers on the number of US government representatives which means we can grade them no matter if the White House wants to call them ‘official’ or ‘unofficial’. Note that only government employees or other individuals traveling in direct representation of the US government will qualify as ‘government representatives’. Politicians or celebrities traveling at their own expense will not.

We’ll return to Cuba later this week for odds on the future of the Raul Castro government and one of my personal areas of expertise, the Cuban cigar industry:

Will US President Barack Obama attend the Fidel Castro Memorial Service or interment?

The number of official US government representatives traveling to Cuba to attend the Castro memorial will be?

The number of official US government representatives traveling to Cuba to attend the Castro memorial will be?

Will Russia send an official delegation to the Fidel Castro Memorial Service or interment?

Will Canada send an official delegation to the Fidel Castro Memorial Service or interment?