Home > Entertainment Props > Pokeman Go Odds–What Will Be The First US ‘Media Panic’? 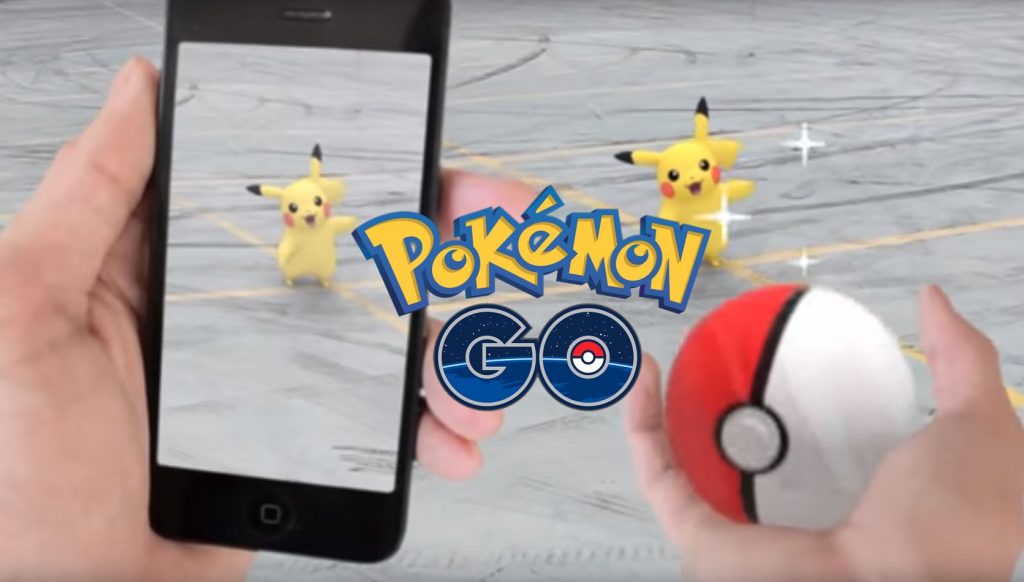 Unless you’ve been sedated for the past week you’ve no doubt heard of Pokemon Go. Pokemon Go is the latest iteration on the enduringly popular card game that has at various points been huge with elementary school and junior high kids. Now, Nintendo has created a Pokemon mashup with some augmented reality features and it has quickly become not only the most popular mobile game for Android and Apple iOS phones but likely the most popular concept of any sort.

What’s fascinating about Pokemon Go is how quickly and extensively it has transcended being merely a popular video game. Corporations and small businesses are trying to leverage the Pokemon Go hysteria for their financial benefit (with varying degrees of effectiveness). Media outlets are trying to ‘shoehorn’ their topic area to connect themselves with Pokemon Go (again, with varying degrees of effectiveness). Even investors are getting in on the act, making Nintendo a hotter stock than since the early days of console video gaming. In just a few days, Pokemon driven gains have boosted Nintendo’s market value by over $9 Billion (US).

ODDS ON THE FIRST US ‘MEDIA PANIC’ OVER POKEMON GO?

The United States is unique in that for a country that likes to boast about their ‘freedom’ there is a distaste–if not downright contempt–for people having a good time. Here’s how the narrative usually works: something becomes popular, the mainstream media rushes to create a phony ‘panic’ to scare people and then politicians get involved proposing ‘legislation’ and ‘regulation’ to solve the phony problem.

So what will be the first phony US ‘media panic’? Here’s some possibilities along with odds of their occurance:

What will the US media first panic over Pokemon GO?

PRIVACY–ODDS -350: The mainstream US media not only doesn’t understand technology, they’re outright contemptuous toward it. Some of this is understandable–it is making a large swath of their industry completely irrelevant. In the eyes of the mainstream media, nothing new related to technology is “good”. Everything has a sinister undertone, a dangerous ‘downside’ or some other terrible threat. Of course, the same media is oddly myopic when it comes to ‘techno-fear mongering’. They’ll throw a fit if a smartphone app can access your phone’s camera but don’t seem particularly concerned about our government spying on its citizens.

At this early stage, it looks like abstract ‘privacy concerns’ will be the first Pokemon Go media panic. There have already been a few hysterical articles about privacy issues related to the game (for some reason they never point out that the consumer has complete control over most privacy settings) and it has the ‘perfect storm’ of a media panic: technology that soccer moms don’t understand, a sinister undertone of ‘spying’ and vague, nonspecific threat ‘to the children’.

CRIME–ODDS +300: Perhaps the dumbest hand wringing ‘take’ on Pokemon Go came from, among other places, the outmoded technology magazine ‘Fast Company’. Their rationale was that Pokemon Go was ‘insidious’ since it ‘lures’ children out into the real world where all sorts of potential dangers lurk. Better to keep them inside where they can become complacent consumers and voters. But much as parents bit at the hook of the ‘Dungeons and Dragons’ media panic decades ago facts are of little importance in this type of thing. There’s already been a few completely unsubstantiated reports that players have been lured in to high crime areas for the purpose of mugging them.

HEALTH–ODDS: +1250 Health is always a good area for a ‘media crisis’ and there’s an entire non-profit industry that exists merely to foment fear regarding the health impact of products. Some of this is for personal power and financial benefit, in other cases it’s done at the behest of financial benefactors. For example, the ‘anti tobacco’ forces told us for years that smoking was the worst thing ever and that people should stop smoking at all costs. But when a viable industry popped up that helped people do that–the vaping and ‘e-cig’ industry–all of that went out the window. These forces have succeeded in getting e-cigs regulated like tobacco simply because the process ‘looks like smoking’. It’s very likely that some ‘non profit advocacy group’ (often funded by trial lawyers in hopes of launching class action suits) is trying to dream up a health related ‘side effect’ to playing Pokemon Go. Fortunately, even the bottom feeders of the mainstream media are becoming more skeptical of this sort of thing.

NATIONAL SOVEREIGNTY–ODDS: +2750 The longshot but there’s a very obvious ‘hook’ for conspiracy kooks on the left and right. The distances in Pokemon Go are expressed in the metric system which the United States has inexplicably resisted for years. In some bloodshot and deluded eyes, it might be a ‘Trojan Horse’ undermining national sovereignty by introducing rampant globalism and concepts like the metric system.