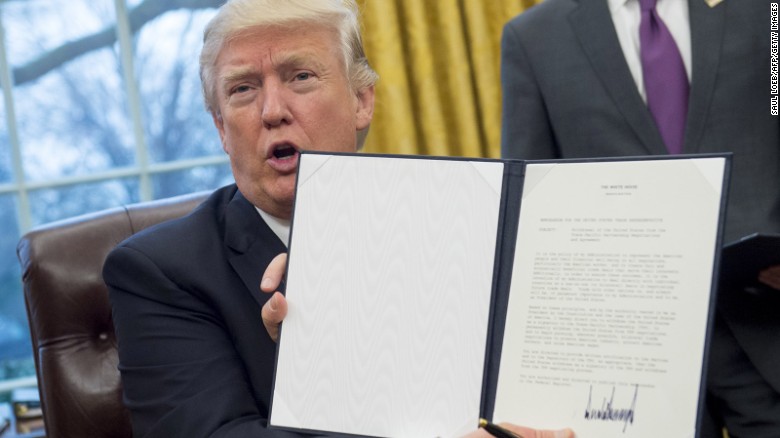 From promising to construct a wall that spans the 2,000-mile length of the US-Mexican border to banning Muslim immigrants, Donald Trump built his successful presidential campaign on wild boasts.

Prior to Trump taking office on January 20, some news outlets speculated that Trump would break his campaign promises.

But he’s already signed executive orders to start building the wall and to allow for “extreme vetting” of Muslim immigrants. Trump also remains steadfast on his mission to repeal Obamacare, or at least change the parts he dislikes.

The immigration ban has been blocked by judges from four states, while attorneys from over a dozen states have declared the move to be “unconstitutional.”

Will Trump still be able to limit immigrants from Middle-Eastern countries? What will happen when/if Trump’s executive actions come to fruition?

Let’s look at potential possibilities in the form of prop bets.

Analysis on Wall Bet: The research group Bernstein estimates that the wall – standing 40 feet tall and 10 inches thick – will cost around $15 billion just for the materials. Bernstein told Fortune that costs could exceed $25 billion when labor and land acquisition are included.

Analysis on Mexico Paying for Wall: This was one of President Trump’s biggest campaign promises, vowing to make Mexico pay for the border wall that would keep illegal immigrants and drugs out. Enraged over Trump’s insistence on the wall, Mexican President Enrique Peña Nieto canceled a late January meeting between the two. Both sides had a “friendly” conversation over the phone, but neither is budging right now.

Analysis on Madonna Meeting: This idea comes from satire in the Vanity Fair, but if things get any worse between President Peña Nieto and Trump over the wall issue, you never know what will happen. Both Streep and Madonna have been very critical of Trump over the last few weeks, so this would be the perfect revenge.

Analysis on US and Mexican Presidents Meeting: Relations aren’t good right now between Trump and Peña Nieto, especially after the canceled meeting and wall issue. But Trump’s first term lasts until 2020, giving these two sides plenty of time to meet.

Analysis on Starbucks Closing in Mexico: A social media campaign has risen in Mexico to boycott US companies. And for some reason, Starbucks is bearing the brunt of this campaign. Statista.com states that Mexico has 402 Starbucks, and it’s possible that at least 10 could close if the boycott lasts any measurable amount of time.

Analysis on Border Patrol Agents Being Hired: According to MercuryNews, President Trump wants to hire an additional 5,000 Border Patrol agents to keep illegal immigrants out of the US. But there are already 2,000 vacancies in the department because two-thirds of the applicants can’t pass a polygraph test. Furthermore, adding 5,000 agents would significantly increase the cost of maintaining the project.

Analysis on Repealing Obamacare: Tom Price, Trump’s pick to head the Department of Health and Human Services, hasn’t had a confirmation hearing yet. Price and Congress’ Republican majority want to repeal Obamacare, but they don’t have a replacement plan yet. This bet hinges on their ability to get this done and repeal the law before April ends.

Analysis on Obamacare Repeal Raising Insurance Rates: According to eHealth, average health insurance rates for individuals are $321, while family plans cost $833. The motive behind Trump and the Republicans’ campaign to get rid of Obamacare is to lower health insurance rates. Will repealing the law have this effect by the end of his term in 2020?

Analysis on Trump’s Order on Banning Muslims being Overturned: Trump’s order bars refugees from Iran, Iraq, Libya, Somalia, Syria, Sudan, and Yemen from entering the US for 90 days. Trump says that the “new vetting measures” are designed to keep out radical Islamic terrorists. But with judges already moving to block the executive order, and more states expected to join the fight, it seems likely that Trump’s decision could be overruled across the US.

Analysis on Pakistan Immigrants being Banned: As seen above, Pakistan isn’t on Trump’s list of seven banned countries. But Imran Khan, Pakistan’s leading opposition politician, is begging Trump to suspend Pakistani travel visas to the US. Khan wants the country’s youth to stay and build their home country, rather than pursuing American travel dreams. Considering that Osama bin Laden famously lived in Pakistan, it seems like any coaxing from Khan could prove successful.

Analysis on Starbucks Hiring 10,000 Refugees: Perhaps trying to save his country’s international image (refer to prop bet #5), Starbucks CEO Howard Schultz said that his company will hire 10,000 refugees around the world. Schultz wrote an open letter explaining how he wants to help refugees “navigate through this confusing period” following Trumps executive order. But Americans are already boycotting Starbucks amid their plans to hire refugees over American vets and young adults.