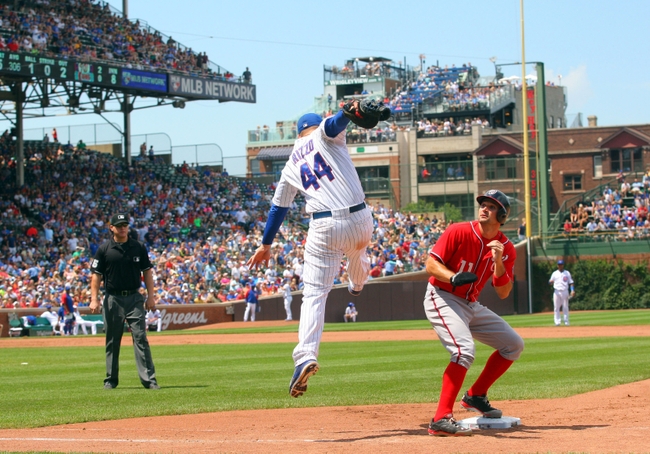 The Nationals and Cubs will meet in the United States’ capital on Friday for the first game of their NLDS series, but it will be far from the first time these two teams have met this year. Having played 7 games in the regular season, these two NL powerhouses—one of which is the reigning World Series Champion—will be very familiar with each other. As if having played each other 7 times was not enough, these two sides played each other close in almost every matchup.

Take, for example, the finale of an earlier 4-game series that saw the Cubs travel to the very stadium they will be playing in on Friday. In that game, the visitors came away with the 5-4 victory, but it was not a walk in the park by any stretch of the imagination. The Cubs went into the latter stages of the game with a slim 2-1 lead over the hosts, but a 2-run homerun by Anthony Rendon turned the game on its head and saw the Nationals lead by a score of 3-2. They then added another run to go up 4-2. Thanks to some late game, 9th inning heroics by the Cubs, the 4-2 scoreline was flipped on its head once more, and these two teams entered the bottom ninth with the Nats trailing again by one. The game ended this way as well.

As you can see from the one-game example above, these two teams are evenly matched and like to give the other a run for their money. I think the Cubs will enter this series with a bit more confidence simply because they are the reigning champions, but it expect the series as a whole to be a good one.

Being that this is a playoff series, and the first game of that series, BetOnline is currently offering moneyline odds on the series’ eventual winner. As you might not have been able to guess, the home field advantage-possessing Nats (-135) are listed as slight favorites. The Cubs (+115), though underdogs, are my pick for this series, however. I think they are the stronger all-around team and have plenty of experience upon which they can rely. I think this will go a long way this post-season, much like it did last year.

As for the visiting Cubs (+149), they will be sending Kyle Hendricks (7-5 3.09 ERA) to the mound for the series start. Hendricks’ stats do not immediately jump out at one as being overly impressive, but his near 3 ERA does. No matter what your win/loss column looks like, any baseball expert will tell you that the ERA is perhaps the single most telling stat for a starting pitcher. On top of all of this, Hendricks has received praise from the unlikeliest of people this week, Nationals’ manager Dusty Baker, who took time to compare the 3-year veteran to pitching legend Greg Maddux.

The Cubs will definitely be relying on Hendricks to put in a good performance, there is no doubt about that, but we all know that the Cubs’ bats will really be in the spotlight. They have kept this team alive all season long and helped them finish the regular season out on a very strong note, winning 15 of their last 19 games. If the Cubs’ bats can keep things rolling in Game 1 of the ALDS they might have a decent shot of stealing that game.

When it comes to the Nationals (-159), they will be sending Stepehen Strasbrug (15-4 2.52 ERA) to the mound. Strasburg has done exactly what was expected of him this year, and has actually exceeded expectations more often than he has not. He will be entering this game on the back of 5 consecutive victories and can lay claim to being one of the hottest pitchers in baseball right now. Though the Nationals’ rotation cools off significantly after Strasburg, the Cubs will first have to weather this storm.

The Washington offense did not exactly finish the season on a tear, but they were competent. Perhaps complacency set in due to them being in complete control of the NL East, but they will need to shake that prior to Friday night. The Cubs are not a team to take lightly, and if the Nats fall behind early that may be all she wrote.

As for the Cubs’ point spread, it is currently listed by BetOnline at +1.5 (-160). The odds on this are not the greatest, but once again, I think the Cubs are going to steal this game.