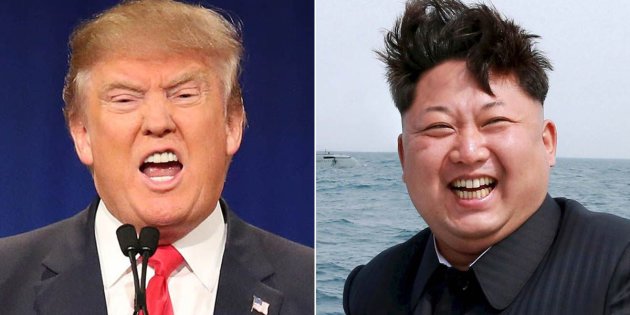 –He’s announced that he will meet with North Korea’s Kim Jong-un.

–SPORTS BETTING EXPERTS is your source for Trump betting odds

Donald Trump hasn’t really done much interesting of late, at least from a standpoint of setting odds on it. This time, however, he served up something much more entertaining than his approval rating or Twitter output. Trump has promised to meet with North Korean President Kim Jong-un ‘by May’ in an effort to quell the hostile rhetoric between the two countries. Of course, Trump could have always done what his predecessors did not only for Kim Jong-Un but also his father Kim Jong-Il and just ignore him but that’s too easy. America is running out of enemies and has resorted to creating one out of a country that keep its lights on at night.

While it might not be Nixon’s stunning trip to China in 1972 it does give us some fodder for betting odds. Will the meeting actually happen? What will be the outcome? How will Trump and Kim get along? It should make for great television and the best way to make great television better is to add a betting component to it. Below you’ll find a set of odds on the Donald Trump-Kim Jong-un visit. We may revisit these down the road if events warrant:

WILL DONALD TRUMP AND KIM JONG-UN SHAKE HANDS WHEN THEY FIRST MEET?

WILL DONALD TRUMP AND KIM JONG-UN EMBRACE WHEN THEY FIRST MEET?

WILL AN AGREEMENT ON NUCLEAR DISARMAMENT BE REACHED AT THE DONALD TRUMP/KIM JONG-UN MEETING?

WILL AN AGREEMENT FOR FURTHER NEGOTIATIONS BE REACHED AT THE DONALD TRUMP/KIM JONG-UN MEETING?

WILL DONALD TRUMP FIRST ANNOUNCE ANY AGREEMENT REACHED AT THE DONALD TRUMP/KIM JONG-UN MEETING VIA TWITTER?

WILL DONALD TRUMP AND KIM JONG-UN MAKE A JOINT STATEMENT FOLLOWING THEIR MEETING(S)?