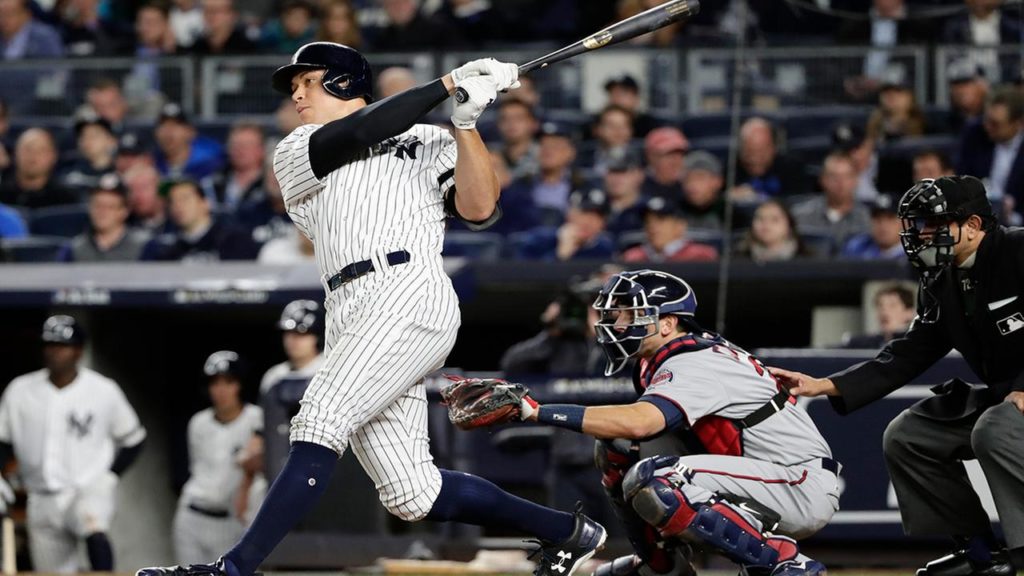 The Yankees managed to outlast the Indians on Sunday night to avoid being eliminated from the 2017 post-season. By the time the dust settled, the Yankees earned a 1-0 victory and avoided elimination at least until Monday night when the Indians take another crack at bouncing the Yankees out of the playoffs. The Indians will be liking their chances, too, as the New York starting pitcher, Luis Severino, just got hit around in the AL Wild Card game before being pulled after just 1 out.

Up to this point, the ALDS between the Yankees and the Indians has been a lot closer than some people might have thought it would be. After blanking New York 4-0 in the first game of the series, the Indians just narrowly escaped with a 9-8 victory in Game 2. For a series featuring such a prolific pair of offenses, there has been a lot more defense to speak about than most people had expected. In Game 3, for example, outstanding right-fielder Aaron Judge robbed Francisco Lindor of a game-tying homerun when he reached over the right field wall and brought the ball back into the park.

On Monday night it is looking like the offenses will be primed to perform like they did in Game 2. With the Indians’ starter making an appearance on just a few days’ rest, and the Yankees starter coming off a horrific performance in the AL Wild Card Game, there is no guaranteeing we are going to see a pitcher’s duel on Monday. The Yankees will be in front of their home crowd and trying to avoid elimination, so this is sure to be an interesting game, and a great one for neutral parties.

Taking the mound for the Yankees (-157) will be Luis Severino (14-6 2.98 ERA), and he will undoubtedly be looking for redemption after what is widely being considered to be one of the worst starts in post-season history. In case you did not see it, Severino was tasked with starting the Yankees’ one-game playoff against the Minnesota Twins. Though heavily favored, Severino and the Yankees took the field in the 1st inning and after recording just one out, Severino was pulled from the game. In his one-third of one inning of work, Severino allowed 3 earned runs and 2 homeruns. Fortunately, the Yankees’ bullpen tightened things up and the Yankees eventually won handily. When he takes the field on Monday, he will look to prove that what happened against Minnesota is nothing more than a fluke. I think he is capable of putting the Indians away, however he is 1-1 against the Tribe this year.

If the Yankees’ bats can replicate what they did in Game 2, they will avoid elimination for a second consecutive night. Their defense will also need to be as sound as it was Sunday, but I think the young Pinstripes are finally pulling things together. If they get a win tonight and get on a roll, they very well might be favored to win the series.

On the mound for the visiting Indians (+147) will be Trevor Bauer (17-9 4.19 ERA), who will be making this start after just three days’ worth of rest. Bauer has had some success against New York this season, as he can boast a 2-0 record in two starts against the Yankees this season. He’s pitched a combined 13 innings against New York and has given up just 2 earned runs across that timeframe. The fact that Bauer will be pitching on limited rest is of some concern, but the 26-year old is relatively young, in the prime of his career, and should be able to put in a solid 6 or 7 innings of work on 3 days’ rest.

As for the Indians’ offense, they need to get on a roll, especially after the poor performance they put forth in Yankee Stadium on Sunday evening. Severino has shown that he is susceptible to being knocked all over the park early on in starts, so it would behoove the Indians to take a page from the Twins’ playbook and go for it straight from the start. There is no saying whether lightning will strike twice or not, but I think the Indians have nothing to lose by trying to get on the board early.

I really like the Indians’ moneyline (+147) because I think they have been the better team in every game this series. It seems as though that the Yankees are barely hanging on to the lead whenever they have it. The Indians, with their age and experience, feel like the better of the two choices in this one.

BetOnline lists the Indians as +1.5 (-153) underdogs on the point spread, and I think that they will cover this spread. In fact, Cleveland has covered this spread in all 3 of the games in this series up to this point.

The over/under is listed at 7.5 runs (-110/-110) and I honestly do not know how to advise on this one. This total has only been exceeded once, but through 3 games it is impossible to determine what type of offensive battle/struggle we will be seeing. I would like to think the under (-110) will prevail again, but this being playoff baseball, anything can happen.