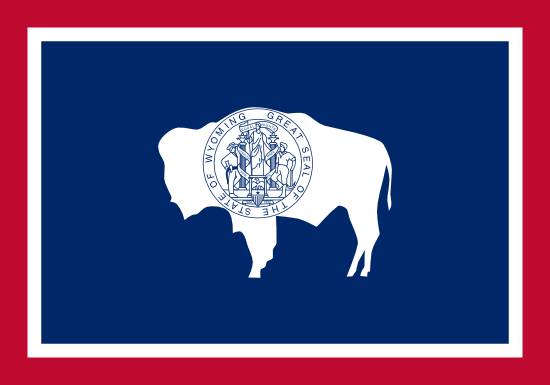 The Wyoming sports betting industry has always been somewhat limited, and this should come as no surprise when you consider that it’s the smallest US state in terms of population. The entire state has less than 600,000 people, making it smaller than individual U.S. cities such as Louisville, Kentucky and Portland, Oregon.

Despite their lack of residents, Wyoming still provides a number of options for those looking for something to wager on. In this article, we’ll look at some of the more promising possibilities.

Before we continue, I do want to mention that I’m not a lawyer. If you’re looking for ironclad information about the legality of sports gambling in the state of Wyoming, you need to speak with a licensed attorney. That’s going to cost money, but it should still be cheaper than having to post bail.

Each year during the month of March, all hell breaks loose at offices across the nation. That’s because normally sedate cubicle dwellers become obsessed with the idea of create a winning bracket for the annual men’s NCAA Basketball Tournament. In addition to these office pools, plenty of money changes hands via more traditional wagers on the Sweet Sixteen, Elite Eights, and Final Four.

Like any state with institutes of higher learning, Wyoming sends representatives to the tournament each year. Unfortunately, there’s only one college within the state that’s large enough to warrant membership in Division I: the University of Wyoming.

In 1943, the Wyoming Cowboys won the NCAA title. In recent decades, however, their program has been far less successful during March Madness. Still, they provide hardcore gamblers with something to wager on.

When a professional sports team looks into the viability of moving to a specific state or city, the potential attendance is one of the primary areas of consideration. After all, how can the owner hope to pay for a sports stadium worth several hundred million dollars if fans don’t show up in droves?

Due to the above criteria and various other factors, Wyoming has no professional sports teams to wager on. This has been the case ever since the state was admitted into the Union back in 1890.

Green Bay, Wisconsin has slightly more than 100,000 residents, and it’s considered unusually small for a city with a professional sports team (the Packers). By way of comparison, Cheyenne, Wyoming is the largest city in the state with just over 60,000 residents. As you may have surmised, there’s little chance of the Equality State getting a pro team in the foreseeable future.

If you’re willing to set the bar a bit lower, the state does have a number of minor league teams to help sports bettors get their fix. Some of these are semi-pro organizations, while others serve as farm teams for major league franchises. Here are some of the most notable:

If you’re looking to wager on college sports in Wyoming, the pickings can often seem slim. That’s because the state only offers one NCAA Division I school. There are no Division II or III colleges, although the following junior college programs can be wagered on:

The Professional and Amateur Sports Protection Act of 1992 made betting on sporting events illegal in all but a handful of states, and Wyoming wasn’t on the list of exemptions. There’s also the more recent passage of the Unlawful Internet Gambling Enforcement Act, a piece of legislation that prohibits financial transactions for the purpose of placing wagers.

Despite both of these laws, persistent online gamblers should be able to find at least a handful of sites willing to accept their wagers. The most important part is making sure that these sites are reliable and have a solid record of issuing payouts to winners. As long as this is the case, you should be able to gamble online in Wyoming without fear of being branded a criminal and thrown into a darkened cell.

Since no legal sportsbooks exist in the state, you may have to get creative if you don’t want to wager on the Internet. Here are the most likely scenarios:

• Bet with a Friend – This kind of activity goes on all the time, and the odds of law enforcement finding out about it (or caring) are next to impossible. Just make sure that your friend pays their debts before you commit to a wager. Otherwise, it could spell an unpleasant end to your relationship.

• Find a Local Bookie – These men and women work just like a regular bookie, and they’re likely to get their lines from Vegas or some other reliable source. Just keep in mind that placing bets with these individuals is technically illegal, although the odds of getting in trouble are pretty slim (unless you’re betting huge sums of cash).

Wyoming sports betting isn’t exactly a hotbed of activity, but it still affords some wagering opportunities for those devoted enough to go the extra mile. There are no professional sports teams, but the state does have one university that’s eligible to participate in March Madness, as well as a handful of semi-professional leagues for hockey, baseball, and even roller derby.

Online sports betting can make up the difference, although it’s not expressly allowed under the laws of the state (and is prohibited by federal law). If you can find an Internet bookmaker to take your wagers, though, you should be able to place bets without worrying about any serious legal repercussions.