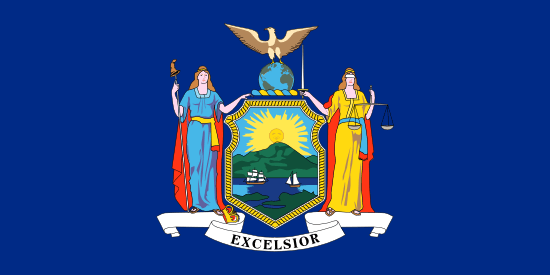 Combine the general passion for the sports world with millions of people and you have the perfect recipe for a legalized sports betting mecca.

There’s only one small problem.

Betting on sporting events in New York is illegal. The city offers illegal book makers and most work places have office pools for March Madness, but sports books aren’t legally available anywhere in the state. Technically, even placing an online bet through a US-facing sportsbook is illegal, though it’s not clear how much (if any) policing is being done. More on this issue below.

New York Yankees – The most storied franchise in MLB, the New York Yankees have won 27 World Series titles. The team was formed in 1903 and was the home to many of the most popular players in league history. Babe Ruth and Lou Gehrig played for the Yankees.

New York Mets – Often considered the secondary team in New York, the Mets have struggled in the Shadow of the Yankees for most of their existence. After the New York giants moved to San Francisco and the Brooklyn Dodgers went to Los Angeles MLB developed an expansion team for New York to replace the departing teams. They’ve won two World Series titles.

Buffalo Bills – Formed in 1960, the Buffalo Bills were one of the original franchises of the American Football League. Currently they are members of the NFL. As an interesting side note, the Bills are the only NFL team to actually play their home games in the state of New York. The Giants and Jets play their home games in New Jersey. The team’s current claim to fame is appearing in four straight Super Bowls, and losing all four.

New York Knicks – The New York Knicks started play in 1946 as one of the founding members of the Basketball Association of America (BAA). The BAA merged with the National Basketball League in 1949 to form the current NBA. The Knicks have won two NBA championships; one in 1970 and one in 1973.

New York Rangers – Considered one of the original six teams in the NHL along with the Toronto Maple Leafs, the Montreal Canadians, the Detroit Wed Wings, the Chicago Blackhawks, and the Boston Bruins, the franchise was founded in1926. The New York Rangers were the first United States based NHL franchise to win a Stanley Cup.
Buffalo Sabres – Founded in 1970 and located in Buffalo, New York, the Sabres are an NHL hockey team. They entered the league along with the Vancouver Canucks when the National hockey League expanded to 14.

New York Islanders – Also members of the NHL, the New York Islanders started play in 1972. Starting with their third season in the league they made the playoffs 14 straight years and won four straight Stanley Cup titles from 1980 to 1983.

New York Liberty – The New York Liberty is one of the founding eight members of the Women’s National Basketball Association. The team’s first season was in 1997. Famous players in the team’s history include Teresa Weatherspoon and Rebecca Lobo.

Though the legality of online sports betting has been argued in the United States quite extensively, it’s still difficult to find a 100% answer to the issue.

Thousands of New York residents place bets online without any trouble, but that doesn’t mean no one will be charged in the future. Online sports betting is much like local bookies. The people who place bets are rarely hassled, but the owners of the business can face charges.

Online sports books are not based in the United States but many of them offer their services to US citizens.

If you decide to place bets using an online sports book service try to do a little homework before making a deposit.

Look for one that has been in business a long time and has a solid reputation of superior customer service.

Ask the other people you know who like to bet on games if they place wagers online. If they have a recommendation ask how they make deposits and how they get their winnings back out. Online sports books usually have quick ways for you to make a deposit but they often take longer to get your money back to you.

It doesn’t mean you shouldn’t use a service if they take longer to make a withdrawal than a deposit, but you need to be aware of the possibilities before you start placing bets.

Any time you receive a bonus it comes with certain regulations and restrictions. Usually you need to place a number of bets equaling a certain multiple of your deposit and bonus before you can make a withdrawal request. Always read the terms and conditions so you know exactly what you have to do to clear the bonus.

New York is one of the largest sports markets in the world, with numerous professional sports franchises. It also offers multiple opportunities for people who want to bet on sports, but most of them aren’t legal.