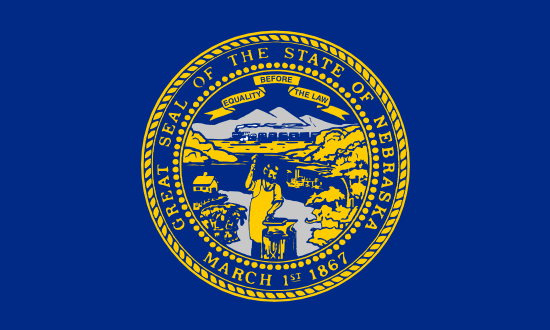 Nebraska, also known as the Cornhusker State, doesn’t have legal sports betting like Nevada. Instead, locals are forced to either try their luck with an online bookmaker or break the law by seeking out local bookies and fellow gambling enthusiasts to wager with.

This article examines the overall state of sports betting in Nebraska, as well as some of the athletic teams based within the region. While our guide is meant to be informative, please keep in mind that it’s no substitute for sound advice from a legal professional.

While the largest city of Omaha has a big enough population to support a major league franchise, none of the “Big Four” sports have a presence in the state. You won’t find an MLB, NFL, NHL, or NBA team within the state’s borders.

That doesn’t mean that the state is bereft of professional sports, however. In fact, the following teams are currently active within Nebraska:

• Omaha Storm Chasers – A minor league baseball team that competes in the Pacific Coast League and serves as a Triple-A affiliate of the Kansas City Royals.

• Nebraska Danger – A professional indoor football team that competes in the Intense Conference of the Indoor Football League.

• Lincoln Saltdogs – A Lincoln-based baseball team that competes in the American Association of Independent Professional Baseball.

The only downside is that these teams are unlikely to get any action from bookies. If you want to wager on the Storm Chasers or the Saltdogs, you’ll have to seek out some local fans or fellow gamblers in order to do so.

Betting on college sports is a popular option for gamblers, especially if the teams compete in Division I of the NCAA. Nebraska isn’t home to a number of massive universities, but the following schools do compete at the highest collegiate level, with championships and long runs in the NCAA football and NCAA basketball tournaments.

• Creighton University – Founded in 1878, this university competes in the Big East Conference. Their teams are named the Bluejays, and they’ve managed to win a total of three national titles as of this writing.

• University of Nebraska Lincoln– The Cornhuskers are the most successful college sports program in the state, having won a total of 19 national titles. They currently compete in the Big Ten Conference.

• University of Nebraska Omaha – The Mavericks compete in the Summit League and have captured a total of 11 national titles.

Division II and III programs also exist within the state, although even local bookies are unlikely to offer action on such games. If you’re passionate about the smaller schools, you’ll need to seek out a fellow fan in order to find a betting partner.

The men’s NCAA Basketball Tournament, also known as “The Big Dance” or “March Madness,” takes place each year in March and assembles the 68 best Division I teams to compete in a single elimination tournament. While the state of Nebraska may not have a lot of teams to potentially send to the competition, that doesn’t stop gamblers from wagering millions of dollars each year on the outcome of the various matches.

Illegal bookies get a lot of business at this time of year, even from those individuals who would otherwise never think of betting on sports. Despite its level of popularity, however, the traditional form of sports wagering is often overshadowed by another option known as the bracket pool.

After the initial tournament bracket is set, participants attempt to predict the winner of each game. This is much more difficult than it sounds, because every upset or unforeseen loss can have a devastating effect on predictions for later in the tournament.
Bracket competitions are especially popular in office settings, as large numbers of co-workers can pay an entry fee and attempt to get more correct predictions than their colleagues. If they’re successful, they often walk away with the entire prize pool.

The legality of bracket pools is often murky in most states, although nobody seems to pay it much mind. It’s commonly viewed as a harmless diversion that occurs once a year, and the authorities are usually too busy filling out their own brackets to care.

If you’re a resident of Nebraska, you’ll be happy to know that you can wager online without breaking any state laws. The same applies to federal laws, although many people mistakenly believe that the Unlawful Internet Gambling Enforcement Act has placed restrictions on cyber gaming. This isn’t the case, as the UIGEA simply prohibits certain types of financial transactions from being used for the purposes of online betting.

If online gambling isn’t something you’re interested in, you’ll find your opportunities severely limited within Nebraska. For those persistent gamblers who want to soldier on, however, here are a few additional options.

• Bet with a Friend – The most obvious option, and one that’s been popular for centuries, is to wager with a friend or co-worker. You can bet on any sport around the globe, including lesser-known pro teams and minor league organizations. Odds can be set, or you can keep things simple. Whichever method you choose, just make sure that your betting partner can be trusted to cover any debts.

• Find an Illegal Bookie – All Nebraska bookmakers are operating outside the law, so it shouldn’t be hard to find one who falls into the “illegal” category. The best place to begin your search would be a tavern or sports bar, as bookies and their customers often frequent such establishments. It’s always advisable to check the bookie’s reputation before placing wagers, as you want to avoid those who don’t pay their debts or have hardcore criminal affiliations.

There’s nothing special about the sports betting scene in Nebraska. Traditional gambling on athletic competitions is prohibited by federal law, which forces bettors to either head online or seek options such as illegal bookies. The former option does open up a world of possibilities, however, as long as the player can find a reliable site that’s willing to accept their business.