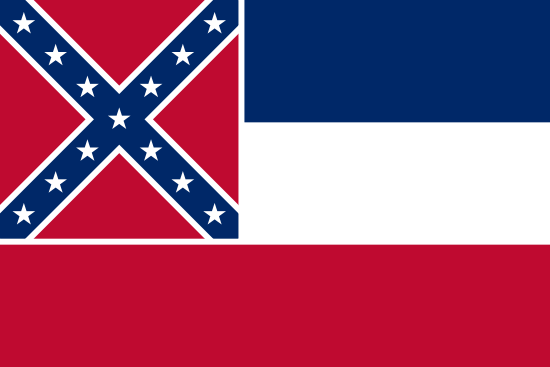 Mississippi is known for blues music, religious devotion, Southern hospitality, and a passion for sports. Unfortunately, this latter quality doesn’t make sports betting any more legal in the state, as it’s been banned since 1992 and the passage of the Professional and Amateur Sports Protection Act.

For those who are willing to ignore the law, sports betting can still be found in the “Magnolia State.” We’ll discuss these options in more detail later in the article, as well as listing the various professional and college teams that can be wagered on.

Before you bet on any sporting event, I suggest sitting down with an attorney and discussing the pros and cons of such illegal behavior. It might seem like overkill, but there’s no point in taking any chances.

According to the state law of Mississippi, Internet gambling is illegal. Even if a site is licensed to operate in certain jurisdictions, this does not give citizens the right to place wagers with them.

In addition to the basic fine and possible jail time, the law also states that anyone arrested for gambling has to pay the state a fine equal to the amount of their winnings. This can be especially harsh for successful online sports bettors, as winning $10,000 over the weekend on college football could easily be wiped out with one swing of the judge’s gavel.

For those who are determined to gamble online anyway, the good news is that catching and prosecuting online bettors requires more patience and resources than most law enforcement agencies possess. As long as you keep your mouth shut and don’t flash your winnings, there shouldn’t be any problems. Check out our information on US-facing sportsbooks for sites to place bets with while living in Mississippi.

Mississippi ranks 31st in overall population among U.S. states, and its largest city of Jackson is home to just over 173,000 people. Due to these low numbers, as well as the state ranking last in median household income, Mississippi has no major sports teams within its borders.

There are some lower-tier athletic programs in the state, although you shouldn’t expect bookies to offer odds on their games. If you want to wager on the outcome of these sporting events, you’ll need to hunt down a local fan or convince a friend or family member to risk some cash.

These are some of the sports teams currently active within the state:

• Biloxi Shuckers – A minor league baseball team that plays in the Southern League and serves as a Double-A affiliate of the Milwaukee Brewers.

• Mississippi Brilla – Founded in 2006 and based in the city of Clinton, this soccer club is part of the USL Premier Development League.

• Mississippi Braves – A minor league baseball team that competes in the Southern League and serves as a Double-A affiliate of the Atlanta Braves.

Since Mississippi has no major sports teams and only a smattering of smaller organizations, their residents are especially devoted to the college athletic programs throughout the state. The Division I programs are the most popular, and both college basketball and college football games featuring these schools are often covered by local bookies (although results may vary with foreign bookmakers).

• Alcorn State University – The men’s varsity program competes in seven sports, while the women field teams in eight sports. The men’s basketball team has qualified for the NCAA tournament on six occasions, compiling a record of 3-6.

• Jackson State University – While the Tigers and Lady Tigers compete in a number of sports, their men’s basketball program has historically enjoyed the most success. They’ve made three appearances in the NCAA Division I tournament, although their combined tourney record is 0-3.

• University of Mississippi – The Ole Miss Rebels compete in 18 sports, and their football program has been active since 1890. Their men’s baseball team has played in the College World Series five times, and the women’s basketball team has made 17 appearances in the NCAA tournament.

• Mississippi State University – The Bulldogs and Lady Bulldogs compete in 11 different sports, and these range from beach volleyball to football. The men’s basketball team has 10 NCAA Tournament appearances, and their football team has a post-season bowl record of 10-8. Their tennis program has been especially successful in recent years, with at least 14 straight appearances in the NCAA Championship.

• Mississippi Valley State University – The Delta Devils and Devilettes compete in 13 varsity sports, including football, softball, golf, and basketball. Their football program’s greatest claim to fame is that wide receiver Jerry Rice played for the team during his college days.

• University of Southern Mississippi – The Golden Eagles and Lady Eagles compete in 10 different sports. Their software team has been to the Women’s College World Series twice, while their football team has produced NFL stars such as Ray Guy and Brett Favre.

If you enjoy wagering on smaller athletic competitions, there’s the option of laying down some money on Division II or Division III games. You’ll need to find a local fan or gambling buddy in order to do so, as even the most hardcore bookie is unlikely to offer odds on these games. Still, it does provide motivated bettors with an additional source of action.

The easiest way to make bets in Mississippi is to find another willing individual. This might be someone at the local bar, or it might be a family member (or both). This form of gambling doesn’t leave a paper trail, so there’s no worry about the cops getting involved.

You can also seek out the services of an underground bookie. These individuals usually take their odds from a Vegas bookmaker, and they’re often found hanging out in country clubs and taverns. Before you do business with them, at least ask around and make sure that they can be trusted.

Mississippi doesn’t offer much in the way of sports betting. Both live and online wagering is against the law, and the state doesn’t even have any professional franchises to bet on. The safest option is to make bets with friends and family, but these non-regulated wagers can quickly turn sour if someone decides to welch on a bet.