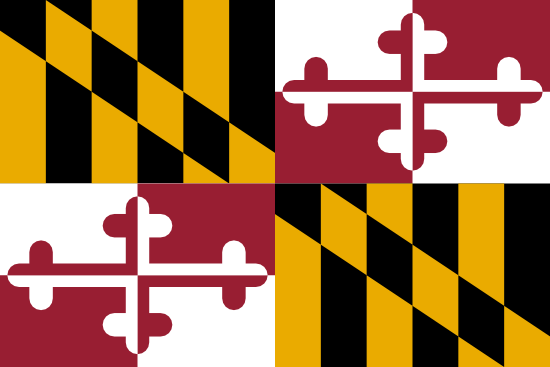 Gambling on sports in the state of Maryland is illegal thanks to the Professional and Amateur Sports Protection Act of 1992. Three U.S. states were partially exempted from the law, while Nevada was given the complete freedom to conduct all forms of sports betting. One of the states with limited abilities was Delaware, which means Maryland residents are only a short drive away from at least a truncated form of sports gambling.

There are also plenty of citizens who choose to stay within the boundaries of their state and gamble illegally. Most of these seek out illegal bookies at bars and golf clubs around the state, while others go online in search of offshore bookmaking operations.

Maryland isn’t clear on their online betting laws, instead preferring to make it illegal to “bet, wager, or gamble.” Some might argue that this restriction does apply to online gaming, while others may disagree. In either case, it’s best to be careful if you decide to play online, as there’s not much distinction made between players and operators when it comes to the punishment phase.

As long as you can find an Internet bookie to accept your wager, you should be able to play without difficulty. However, I suggest sitting down with a lawyer and examining your options, just to be on the safe side.

For gamblers looking to place a few wagers on hometown universities, Maryland provides a decent number of options at the Division I level. College football and college basketball are big draws in the state. The following schools include athletic programs that compete at the highest collegiate level:

• Coppin State University – Located in Baltimore, this historically black university fields teams known as the Eagles. Their men’s basketball team won the NAIA National Championship in 1976, and they’ve also made four NCAA tournament appearances from 1990 to 2008. One of these resulted in a major upset, as the #15 seeded Eagles defeated #2 ranked South Carolina in the round of 64.

• Loyola University Maryland – Established in 1852, this private university fields 22 club teams and 17 varsity teams for men’s and women’s athletics. Their team name is the Greyhounds, and they’ve been competing in the Patriot League since 2013. The men’s soccer team has achieved multiple national rankings, and they won the Division II national title in 1976. Their men’s and women’s lacrosse teams are most successful, with the men’s squad capturing a Division I national title in 2012.

• University of Maryland, Baltimore County – The UMBC Retrievers compete in 19 varsity sports. While they’ve yet to bring home a national title, they have enjoyed a great deal of success in programs ranging from lacrosse and soccer to diving and basketball.

• University of Maryland, College Park – The Maryland Terrapins compete in 20 men’s and women’s varsity sports, and they’ve been in the Big Ten Conference since 2014. Their athletic facilities are consistently rated among the best in the nation, and they’ve managed to win more than 38 national titles in the NCA, AIAW, USILA, and NCAA.

• University of Maryland, Eastern Shore – Located in Princess Anne, this historically black university competes in 15 different varsity sports in the Mid-Eastern Athletic Conference. The Shore Hawks don’t have a football program, and their men’s basketball team has never qualified for the NCAA tournament. The women’s bowling team won a national title in 2012, defeating squads from all three NCAA divisions.

• Morgan State University – Also known as MSU, this historically black college was founded in 1867. Their athletic teams are known as the Morgan State Bears, and they compete in the Mid-Eastern Athletic Conference. They were considered a sports powerhouse from the 1930s through the 1960s, but they’ve struggled in recent decades. Their men’s basketball team reached the NCAA tournament in 2010, although they lost in the first round.

• Mount St. Mary’s University – This private university has been around since 1808, and their athletic teams are known as the Mountaineers. They compete in the Northeast Conference in a number of men’s and women’s sports, and the men’s basketball team made their first NCAA tournament appearance in 2008.

• Towson University – Sometimes referred to as TU, this university field teams known as the Tigers. They compete in 13 women’s and 7 men’s sports, and they’ve participated in postseason play in volleyball, track, swimming, gymnastics, lacrosse, soccer, golf, football, basketball, and baseball.

• U.S. Naval Academy – Located in Annapolis, this military academy fields 30 varsity sports teams under the name of the Midshipmen. Their annual Army-Navy game is one of the biggest rivalries in college football. The school has won Division I national titles in fencing, soccer, and outdoor track & field.

Maryland has a decent mixture of professional and semi-pro teams, with the latter giving you the best chance of getting odds from a bookmaker. Even in the case of semi-professional franchises, however, you should be able to place person-to-person bets with hardcore fans and gamblers. Most people don’t realize it, but two NFL teams play in Maryland – since the Redskins changed stadiums recently, that team technically plays on Maryland soil. But the MLB Baltimore Orioles are by far the most beloved team in the state, with a history going back to the 19th century.

As of this writing, the following are the major league teams operating in the state of Maryland:

Other professional and semi-pro teams include the following:

Maryland gamblers can choose between illegal bookies, online betting sites, or face-to-face wagers with friends and co-workers. If they have a reliable vehicle, they can also drive one state over and take advantage of the legal NFL parlay option offered in Delaware. While all of these choices may pale next to what’s available in Nevada, beggars can’t exactly be choosers in the Mid-Atlantic region of the United States.