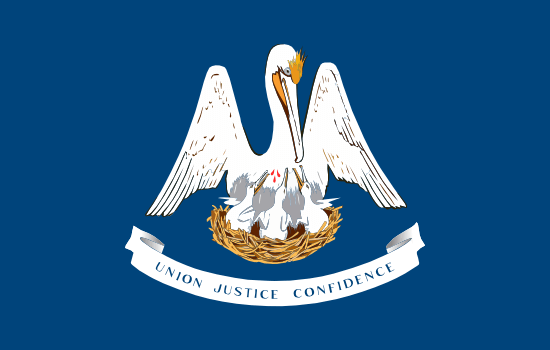 Louisiana is in the same situation as most of the United States, as their citizens are forced to sit back and watch Nevada residents have all the fun. That’s because sports betting is illegal within the Creole State, although that doesn’t always stand in the way of bettors wagering a few bucks on their favorite teams.

In fact, the state has a long history of gambling activity that practically ignores the law, and it’s easy to find someone to wager with. According to one resident and veteran gambler, “Just go to a place that has one of those signs that says, ‘Established in 1954,’ or something like that. If a bar has been around awhile, it’s a lock that the owner either takes bets or can point you to someone who does.”

The residents of Louisiana must love their sports, as the state has a tremendous number of athletic leagues and teams in relation to its population. Louisiana is home to two pro teams, one in the NFL and one in the NBA. The Bayou State is proud of their two pro teams:

If you’re looking for betting odds from a traditional source, the Saints and Pelicans are your best options. Almost any bookmaker should offer lines on their games, and this includes both local and foreign operators.

For those willing to bet on any athletic competition, the state is home to additional professional and semi-professional teams. You may be hard-pressed to find a bookie offering odds on these games, but there’s always the possibility of placing a bet with a friend or co-worker.

The above sports do not reflect the entirety of the Louisiana athletic world, but they are the most notable examples. Even medium-sized towns and small cities seem to have their own local squads, and anyone with a few bucks in their pocket should be able to find a local fan to wager with.

There are plenty of states that only have a couple of universities competing in Division I of the NCAA, but Louisiana has a surprising number of athletic programs operating at this level. This is a major boon for sports gamblers, as most professional bookmakers are especially fond of offering odds on college football and basketball. Louisiana is not thought of as a powerhouse of college basketball or college football, though programs like LSU and Louisiana Tech have a long pedigree of success in those sports. If this sounds like something you might be interested in, be sure to read up on the following institutions of higher learning:

The men’s basketball tournament known as March Madness comes once a year, and it’s second only to the Super Bowl in the sheer number of wagers being made by Americans. While Louisiana squads haven’t exactly dominated the “Big Dance,” they still draw a great amount of support from hometown bettors.

Plenty of traditional wagers are made during the month of the tournament, but even more action comes in the form of bracket pools. These are popular among co-workers and in bars, and each participant throws in money and tries to predict the outcome of the various games. When the tourney is complete, the person with the most matches walks away with the pot.

Online gambling is illegal in Louisiana, and the main law can be broken down into two sections. The first section states the following:

“Gambling by computer is the intentional conducting, or directly assisting in the conducting as a business of any game, contest, lottery, or contrivance whereby a person risks the loss of anything of value in order to realize a profit when accessing the Internet, World Wide Web, or any part thereof by way of any computer, computer system, computer network, computer software, or any server. Whoever commits the crime of gambling by computer shall be fined not more than five hundred dollars, or imprisoned for not more than six months, or both.”

While the above penalty isn’t too harsh, the next section ups the ante for those directly associated with gambling websites:

“Whoever designs, develops, manages, supervises, maintains, provides, or produces any computer services, computer system, computer network, computer software, or any server providing a Home Page, Web Site, or any other product accessing the Internet, World Wide Web, or any part thereof offering to any client for the primary purpose of the conducting as a business of any game, contest, lottery, or contrivance whereby a person risks the loss of anything of value in order to realize a profit shall be fined not more than twenty thousand dollars, or imprisoned with or without hard labor, for not more than five years, or both.”

The lesson I took away from these laws is this: it’s better to get caught betting on sports in Louisiana than running a website that accepts wagers. This is pretty common throughout the United States, however, with the providers always receiving harsher penalties than their customers.

When it comes to Louisiana sports betting, the state isn’t any better or worse off than most parts of America. Wagering on any sort of athletic competition is illegal, and those offering online sports gambling can be subject to especially harsh penalties. This hasn’t stopped residents from taking part, however, and getting around the law seems almost like a hobby for some of the state’s more hardcore bettors.