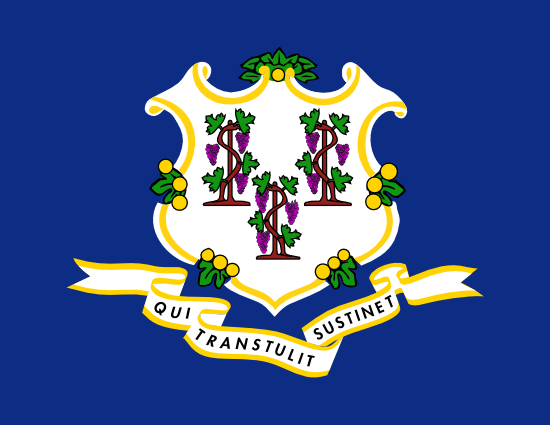 Connecticut is one of the wealthiest states in America, although none of its residents made their fortune though sports betting. That’s because the hobby is illegal throughout the state, which forces devoted gamblers to either ignore the law or seek out options such as Internet sportsbooks.

This article is meant to provide an overview of sports gambling in Connecticut, from the status of online wagering to the various teams that are available to bet on. Before you start risking large sums of money, however, it’s always a good idea to sit down with a legal professional and find out the risks and rewards of your new hobby.

It’s illegal to wager on sports via the Internet in Connecticut. Fortunately, the laws are meant to go after bookies and casinos, so the average player should be able to engage in their hobby without much fear of prosecution. While some of the leading virtual books have abandoned the American market because of federal laws such as the Unlawful Internet Gambling Enforcement Act, there are still those willing to take on new customers and risk the wrath of the U.S. Justice Department.

The “Big Four” are also known as the NFL, NBA, MLB, and NHL. While Connecticut has a history with each of these leagues, they don’t currently offer any major league franchises for the enjoyment of fans or sports gamblers. This is unlikely to change in the near future, largely due to the small population of urban areas. Bridgeport, the largest city in the state, for example, only has slightly more than 144,000 residents.

The most notable major sports franchise with a previous tie to Connecticut was the Hartford Whalers of the NHL, as they were based there from 1975 until 1997. After failing to get a new stadium, they would eventually relocate and become the Carolina Hurricanes.

While hockey, football, basketball, and baseball aren’t represented at the top level, Connecticut does have a number of other sports teams to keep the populace entertained. Whether you’re looking for minor league action or semi-pro excitement, the following squads are worth checking out:

• Bridgeport Sound Tigers – The team was founded in 2001 and competes in the American Hockey League.

• Hartford Wolf Pack – This American Hockey League team has been around since 1926.

• New Britain Rock Cats – Founded in 1983, this AA baseball team serves as a farm team for the Colorado Rockies.

• Connecticut Tigers – Founded in 1942, this team belongs to the New York-Penn League and has an affiliation with the Detroit Tigers.

• Bridgeport Bluefish – Since their creation in 1997, this Atlantic League of Professional Baseball team has captured five division titles.

• Connecticut Sun – This WNBA team was founded in 1999. They are notable as the first professional sports franchise to be owned by a Native American tribe (the same people who own the Mohegan Sun Casino).

• AC Connecticut – An amateur soccer league that’s been around since 2011 and plays in the USL Premier Development League.

• New England Black Wolves – This National Lacrosse League team was started in 2014 after moving from Pennsylvania (where they were known as the Philadelphia Wings).

Fans of golf and tennis can also get their fix during certain times of the year. The Travelers Championship is an annual PGA event that’s played in the Hartford area, while the Cullman-Heyman Tennis Center in New Haven hosts the Connecticut Open each year as part of the WTA Tour.

Connecticut is home to a number of prestigious universities, although most aren’t exactly powerhouses in Division I competition. The University of Connecticut has seen limited success in NCAA football, but is a perennial contender in both men’s and women’s NCAA basketball. If you’re planning on making some wagers on collegiate games, here are your options:

The University of Connecticut (also known as “UConn”) has been the most successful in recent decades, especially in the realm of basketball. Their men’s team has won national titles in 1999, 2004, 2011, and 2014, while the women’s squad has won 10 national titles from 1995 to 2015 and currently boasts five undefeated seasons.

March Madness pits the 68 best men’s college basketball teams against each other in a single-elimination tournament to determine the best squad in the nation. The betting on this annual event is furious, even drawing in those who would otherwise never consider making a wager on sports.

This often manifests in the form of bracket pools, which are especially popular in office settings. Each entrant pays a fee to be entered into the contest, and the money is then added to the prize pool. The goal is to fill out a tournament bracket, trying to predict each winning team in that year’s event. The person with the most correct predictions at the end of the tournament is declared the winner, and they often receive the entirety of the prize money.

Even if you don’t work in an office full of closeted gamblers, you can still participate at home. Numerous online sites hold bracket contests, especially those affiliated with sports. The most famous example offers $1 billion for anyone who can fill out a perfect bracket, although the odds of doing so are astronomical.

With no legal sports betting and a scarce number of sports teams, Connecticut is far removed from being a haven for gamblers. While the state does offer casinos and pari-mutuel wagering, those wanting action on betting lines will need to seek out local bookies, wager with friends, or head online to find an Internet bookmaker accepting American customers. These are all viable options, although it’s not as exciting as being able to walk into a state-of-the-art casino and slap down your money at a betting window.