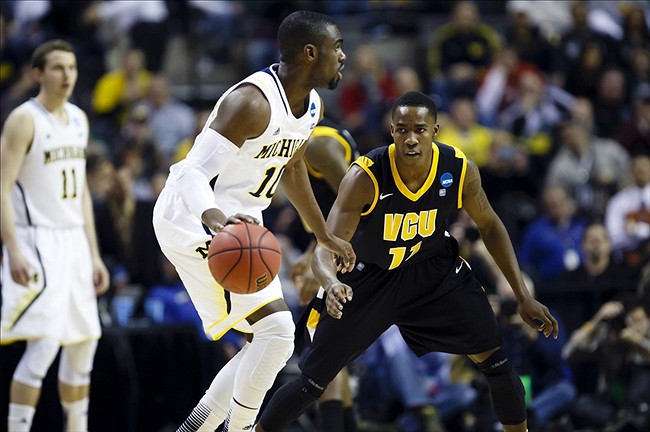 Six of the eight games in the NCAA tournament for Sunday still to come. Here are our ‘Best Bets’

Not sure why this game is priced the way it is. Shaka Smart has moved on from Virginia Commonwealth and is now coaching the University of Texas but nothing has changed under new Rams’ coach Will Wade. It’s the same old ‘havoc’ at VCU with the same man to man, in your face defense that has given their opponents fits for years. Oklahoma is yet another overrated team from a big name conference, in this case the Big 12. The NCAA selection committee has no problem with trying to give teams they want to see advance every advantage possible. That’s clearly the case with Oklahoma. First of all, I’m a huge Lon Kruger fan but OU didn’t really deserve a #2 seed. Of course, the NCAA didn’t stop there–they gave Oklahoma arguably the most transparently non-neutral ‘neutral site’ in the tournament. That’s why the Sooners are playing the first two games of the NCAA tournament in the unfamiliar environs of…Oklahoma City, Oklahoma.

The NCAA missed a very important component of their OU favoritism in their bracket construction. They didn’t do their ‘due diligence’ on Oklahoma’s potential opponents. The Rams don’t have the size they need to hang with bigger, more powerful teams. They struggle to defend in the paint and execute in the half court on offense. That’s not going to be a problem against Oklahoma, however. The Sooners get most of their points from three point range and are the personification of a perimeter oriented, jump shooting team. Head coach Kruger has no illusions to the contrary and said as much before the start of the tournament: “We are what we are. We’re not gonna stop all of the sudden and throw the ball inside a whole bunch.”

The Sooners also have a tendency to be careless with the basketball. That’s another effective counter for the type of game that VCU prefers but once again, that’s not Oklahoma. You can be sure that VCU has watched tape of the Sooners loss to TCU in the regular season finale when they turned the ball over 17 times. In this case, the home court…er…neutral court…in OKC works against them as it makes them less focused.

With the exception of the legitimately elite schools–they change from year to year but I’m talking teams like North Carolina or Kansas–the NCAA has a tendency to overrate teams from the so called ‘power conferences’. And here’s something that shouldn’t surprise you in the least–I absolutely love going against these overrated schools from power conferences. This is particularly true against underrated teams from mid-major conferences and that’s what we’ve got right here. The SEC in general is suffering through a ‘down’ year. In general, there’s nothing wrong with the conference or with Texas A&M but at the same time their conference affiliation gives them no significant advantage once the game starts. This isn’t football, where the ‘power conferences’ routinely destroy their less fortunate rivals. The NCAA is trying to help Texas A&M and gave them a cushy site assignment right next door to their home state. This isn’t as effective of a ‘perk’ as it used to be as mid-major schools are now significantly better traveled and are no longer intimidated by playing in ‘enemy territory’.

Northern Iowa got here by beating a forgettable Texas team. They beat Wichita State twice this season and you can make a decent case that the Shockers are just as good if not better than either Texas or Texas A&M. The Aggies had the worst possible outcome in the opening round–they had it too easy. They’re now coming off a heartbreaking OT loss to Kentucky in the SEC Final and a rout in which they were never tested and simply ran an opponent off the court with their superior athletes. That won’t work here.

Northern Iowa is fundamentally sound and shoots the ball well from the field (two point and three point range) and the line. They’re not a big team and are typically vulnerable on the boards. But not sure that A&M is the type of team that can exploit this–they’re plenty athletic but not exactly a bruising power team. Northern Iowa is on a 12-2 ATS run heading into this game, primarily from being underrated during the stetch run. Northern Iowa can win this game outright but we don’t need them to in order to cash a ticket.