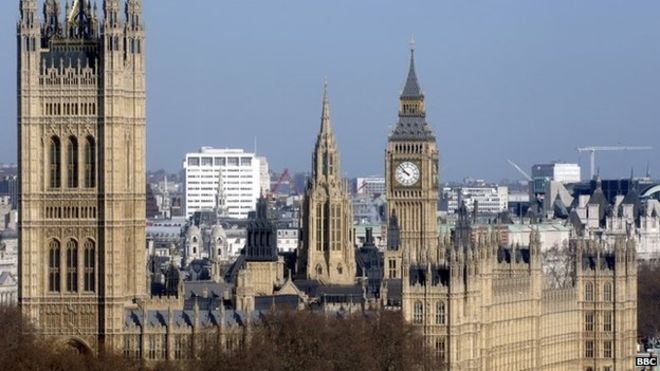 –Prime Minister Theresa May has called for a general election on June 8, 2017.

–In response to her request the House of Commons drafted and passed a general election motion.

–Political parties and their leadership are likely more important in the UK than in the USA.

One of the realities of the current political climate in the United States is the growing irrelevance of political parties. The Democratic party is in shambles and likely won’t get any better. They’re too far in denial about Hillary Clinton’s loss in the 2016 election despite the culpability of the media and the electoral playing field tilted strongly in her favor. Instead of asking the hard questions and getting answers they might not like indicating that Obama voters didn’t show up for Hillary and ‘undecideds’ simply didn’t like her they’ve embraced a bizarre alternate reality. The left’s explanation for Hillary’s loss are a downright delusional narrative involving Russian sabotage, ‘fake news’ and a laundry list of other kooky conspiracy theories. The insanity may have reached a nadir in the past month with several hithertofore respected political analysts suggesting that the strongest supporters of Bernie Sanders were likely ‘Russian plants’ bent on Hillary’s destruction. The Dems can’t fix the disarray in their party until they face reality and that’s clearly not happening anytime soon.

The Republican Party is in just as bad shape–if not worse–despite holding the White House. Their party may have ‘won’ the 2016 election but in name only. The GOP party apparatus had nothing to do with the Trump cult of personality. With the exception of the party’s ‘Taliban Wing’ aka the Religious Right they’re losing traditional support bases–particularly ones that favor small government and personal autonomy–in droves. Ultimately, the fact that Trump had so little problem winning the Republican nomination is a serious indictment of the party itself. It’s just as big of an anachronism as the Democratic Party.

Many of the same forces that have marginalized the party system in the United States are now at work in the United Kingdom. Traditional party identification among voters is nonexistent in the face of the forces of decentralization and a growing realization among the younger generations that government cannot provide solutions to their problems. A good many have reached the level of understanding that many so called ‘problems’ are mere fabrications of power hungry Statists looking for power and control.

THE STATE OF POLITICAL PARTIES IN THE UNITED KINGDOM

At first glance it appears that the Conservative Party is soaring in popularity just as Labour, the Liberal Democrats and the UK Independent Party (UKIP) are imploding. That observation is half right. The opposition parties in the United Kingdom are a mess in much the same way as their US counterparts. What’s incorrect about this superficial observation is the status of the Conservative Party. The ‘Torries’ are enjoying a strong advantage in public support right now which led Prime Minister Theresa May to call for this general election in the first place. This advantage in the polls has more to do with being in the ‘right place at the right time’ than anything else. May isn’t as much of a dumpster fire personally as Trump but beyond that it’s a similar situation as the one the US Republican party is in.

A major component of the Conservative support has come about due to the tone deafness from the opposition and other left leaning forces in the world over the Brexit vote. Prior to the vote to leave the European Union the political elite tried to make the case that the sky would fall if England decided to go it alone. They tried to suggest that a vote to leave the EU was simply a proxy for racism and nothing else. The British public didn’t take the bait and voted to leave the EU. The hysterics from anti-Brexit forces continued and became even more irrational as they suggested that the world would shun the UK as a group of backwards racists while making the logically inconsistent point that the only reason that voters made the decision to ‘leave’ is a lack of understanding of the true issues.

What Brexit opponents failed to realize (or maybe realized and pretended otherwise) is that a myriad of reasons exist for Brits to want to leave the European Union. Clearly, there was a racist component similar to the ‘Stay’ proponents stereotypes that disdain the European Union’s accommodating view toward Muslim immigrants. There’s many more valid reasons for casting a ‘Leave’ vote including disillusionment with the bureaucratic nightmare that is the EU, the understanding that the burgeoning tech and cryptocurrency based finance industries in London were better served by an independent England and even the realization that the age of centralized, hierarchical government control is coming to an end. Monolithic power structures are bad enough on a national level. This type of centralized dinosaur on a regional level is even worse.

THE NEXUS OF CONSERVATIVE PARTY SUPPORT

To make a (very) long and complex story short, the Brexit issue fell into the lap of the Conservative Party. The public sees the ‘Torries’ as the best choice to held steward the UK out of the EU maelstrom and back to independence. Theresa May in particular is seen as an effective and competent leader. That’s about it. It’s not so much that the populace is ‘coming around’ to the Conservative Party ideology it’s just that they’re abandoning the other parties as completely clueless and out of touch. Voters are not only abandoning the more ‘marginal’ parties like the Greens, Ukip and the Lib Dems but even the relatively mainstream Labour party. A survey by UK political pollsters YouGov suggests that nearly half of Labour’s voters in the 2015 general election are going elsewhere. The same poll suggests that they’re leaving the Ukip and Liberal Democratic parties in even greater numbers. Meanwhile, 75% of the voters that backed the Tories in 2015 will continue to do so in the forthcoming general election. If the polling is accurate (and that’s always a big ‘if’) that’s game, set and match for the election.

The erosion of support for the Ukip and Lib Dems is fairly easy to understand. Voters that once supported these parties and now more comfortable within the more traditional ‘Labour v. Conservative’ framework. The kneejerk reaction is that Labour has moved to the left and the Torries have moved to the right. A more likely scenario is that Labour more strongly represents the political elite and their status quo as well as centralization and government control. They’re paddling against the course of history and that’s benefiting the Conservative Party almost by default. The Conservatives despite their many ideological flaws (support for domestic surveillance and perpetual wars against nebulous ‘terrorist groups’) they find themselves pointed in the right direction despite their best efforts to the contrary.

The best hope for the future in the UK is the same as in the United States–a declining voter turnout. The UK are a few years behind the US in this regard as their voter turnout has hovered between 60% and 65% over the past decade but they’re heading in the right direction. A large percentage of the population are no longer buying into the scam of partisan politics even as the status quo shrieks that every election is the ‘most important in history’. The most efficient path to freedom from oppressive, hierarchical control is to simply not give the Statist psychopaths who want to ‘rule’ over others any legitimacy whatsoever.

In our previous overview of UK general election odds we covered who would win and by how much. The following group of odds is specific to the individual political parties in the UK and the impact of this general election on their fortunes:

NEXT CONSERVATIVE LEADER (AFTER THERESA MAY)

NEXT LABOUR LEADER (AFTER JEREMY CORBYN)

WHO WILL BE UK INDEPENDENT PARTY (UKIP) LEADER ON SEPTEMBER 1, 2017?

WHO WILL BE SCOTTISH NATIONAL PARTY (SNP) LEADER ON SEPTEMBER 1, 2017?

NEXT SPEAKER OF UK HOUSE OF COMMONS?

WILL JEREMY CORBYN LEAVE HIS POST AS LABOUR PARTY LEADER BEFORE THE NEXT GENERAL ELECTION?

WHICH PARTY WILL GET THE MOST VOTES IN THE GENERAL ELECTION?

WHICH PARTY WILL GET THE MOST VOTES WITHOUT THE CONSERVATIVE PARTY?

CONSERVATIVE PARTY MAJORITY OF 50 OR MORE SEATS AFTER GENERAL ELECTION?

CONSERVATIVE PARTY MAJORITY OF 100 OR MORE SEATS AFTER GENERAL ELECTION?