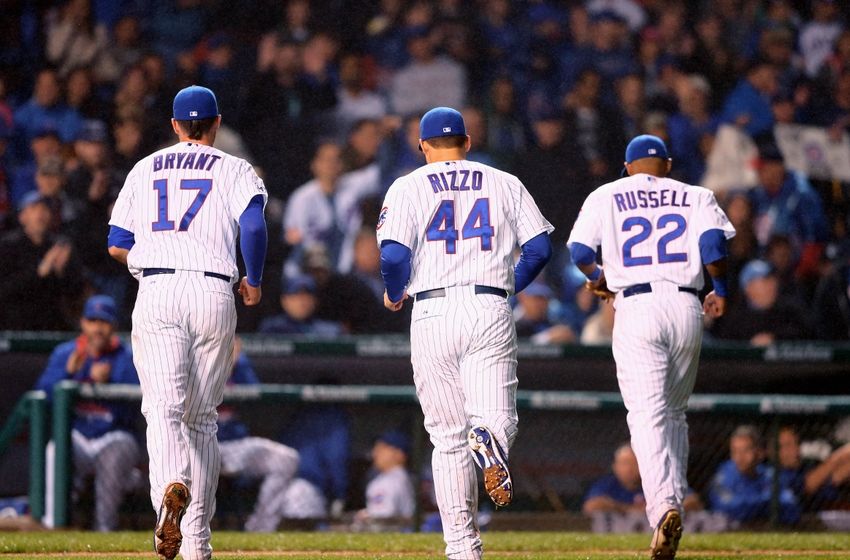 The Chicago Cubs are back in their more familiar role as a favorite today and looking to get back on the winning track. Yesterday, we saw the downside risk of betting against the elite pitchers. While you’ll likely turn a profit in the long term you’ll encounter games like yesterday where Max Scherzer was his old dominating self as he went 7 innings giving up 2 hits and striking out 11.

This is a good spot for a very valuable handicapping lesson. It’s essential that you don’t view games like yesterday’s loss by the Cubs as ‘being wrong’. Our job as sports bettors isn’t to ‘pick winners’, it’s to ‘find value’. If we do a good job finding value the wins and losses take care of themselves and in the long term we make money. One of the ways I do ‘post mortum’ evaluations on losing bets is to ask myself ‘would I make this bet again?’. If I can say ‘Yes’, I’m generally happy with what I’m doing. Yesterday’s Cubs’ loss was one that I’d make again in a second. Remember that we don’t have a ‘crystal ball’ and can’t predict the future. We knew going in that Scherzer had the ability and potential to put up a dominating effort. That being said, I’ll take the best team in baseball as an underdog any time I have the opportunity.

The corollary to this is that it’s also essential not to overreact to the short term. So the Cubs lost yesterday and the Nationals won. Max Scherzer pitched a killer game and the media is all agog that ‘Scherzer is back’. None of this will change my valuation of the Cubs, Nationals or Scherzer. Now, if Chicago goes on a 10 game losing streak or Scherzer puts up 2 hit 11 K performances in his next three outings I’ll reevaluate. So what’s the formula for when you ignore recent performances–or ‘draw a line through them’ as horse racing bettors would say–and when you reconfigure your power ratings. There isn’t one. That’s part of the challenge of being a successful handicapper.

Whenever you talk or write about theoretical or practical handicapping concepts and suggest that a team should be upgraded or downgraded there’s a subset that likes to bray about a ‘short sample size’. If we were in graduate school that would be a legitimate criticism. But in sports betting ‘short sample size’ is where the money is made. It’s not easy to see teams improving or regressing before everyone else does. Ditto with seeing trends develop. That’s the trick and why the swanky Las Vegas neighborhoods aren’t full of high school math teachers and sports media types.

We’ll delve more into this in the next month or two. Learning how to meld handicapping theory and practice is one of the most difficult but important components of becoming a successful sports bettor. Specific to this game, the Cubs pummel left handed pitching (13-5 YTD) and Gio Gonzales isn’t in top form. Washington has lost his last four starts.

Both these teams need to start winning if they’re going to get back in their respective divisional races. This reality is more urgent for the Pirates who have lost five straight and 7 of their last 10. They’re in the NL Central and already 11.5 games out of first place. Just treading water and hoping for a strong run near the end of the season isn’t going to cut it. Now the St. Louis Cardinals have emerged as a possible challenger to Chicago winning 5 straight and 7 of 10. The Redbirds are already atop the wild card standings in the National League and although Pittsburgh is just 2.5 games back they’ve got a pack of teams around them and the Pirates are heading in the wrong direction.

But as y’all learned in Handicapping 101 (what, your college *didn’t* offer that class?) teams in ‘must win’ situations are teams that you should look to go against. This is especially true if they’re teams that were winning earlier in the season, hit a losing streak and now must string some wins together to make the playoffs. While that’s not exactly the situation that Pittsburgh is in the same urgency is there–if they don’t get a move on they’ll be so far behind the Cubs it just won’t matter.

The Mets are in a much better situation. True, they’re ‘treading water’ at the moment (5-5 L10) but they’re currently in the second NL Wild Card spot two games up on the Miami Marlins and 2.5 up on the Pirates. They’re 5 games out of first place but current leader Washington is setting a more ‘realistic’ pace than Chicago. Pittsburgh has lost money on the road and face the very capable Jacob Degrom. Degrom has a 2.80 ERA on the year and a 2.03 ERA at home where the Mets have won four of his five starts. Pittsburgh’s offense is better but the Mets are the better team overall.