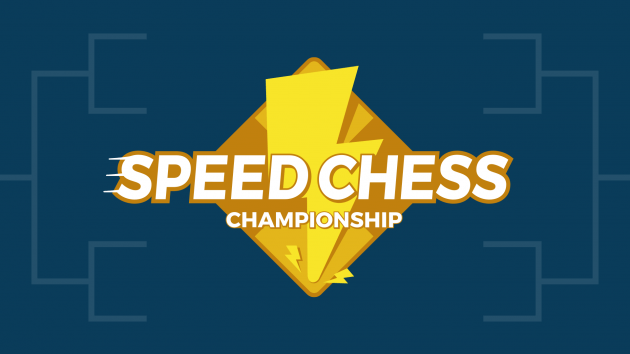 –All events will be streamed live at Chess.com and Twitch.

The Chess.com Speed Chess Championship is definitely one of the most unique and innovative tournaments you’ll find anywhere. The fact that it’s a Speed Chess tournament isn’t particularly unusual as they’re are plenty of those all over the world at all levels of competition. For example, there’s a high level World Chess Tour event in August called the ‘Saint Louis Rapid & Blitz’ with a prize pool of $150,000 US.

What’s innovative about the Speed Chess Championship is how it is contested and presented. It takes inspiration from eSports with a single elimination tournament where the participants are in remote locations–in other words, they’re not playing head to head on a stage as in most events. They’re in different places but the audience can watch their moves and see their reaction on webcam as part of Chess.com’s live streaming coverage. The tournament will begin on July 24, 2018 and the ‘Round of 16’ will continue until early September.

You can read the full format for the competition at the link below but the basic rules are as follows: “Each 2018 Speed Chess Championship match will feature 90 minutes of 5/1 blitz, 60 minutes of 3/1 blitz, and 30 minutes of 1/1 bullet chess.”

All events will be streamed live on Chess.com and video game streaming powerhouse Twitch.tv:

You’ll find a preview of the opening match between Fabiano Caruana and Levon Aronian at the link below:

You’ll find a schedule with a full field rundown here:

Anything else you need to know about the tournament can be found here:

A good explanation of Blitz Chess is found at Wikihow.com

HOW TO PLAY BLITZ CHESS (WIKIHOW)

They’ve even got a ‘hype video’:

Here’s the official SPORTS BETTING EXPERTS odds on all eight ‘Round of 16’ matchups. We’ll be back for the quarterfinals which kick off on September 20, 2018: