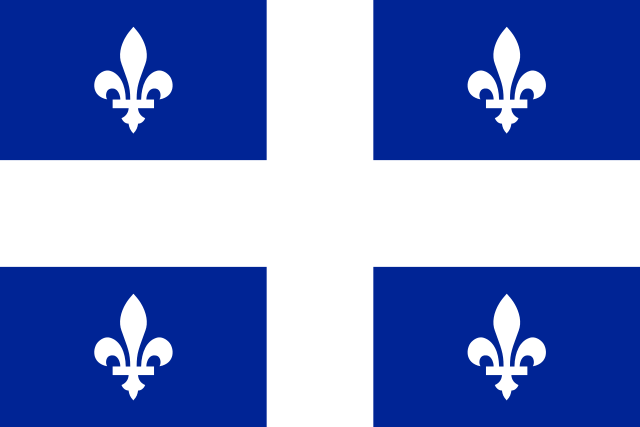 Quebec is a Canadian province located in the eastern part of the nation, and it’s the only one that has French as its official language. It’s bordered on the south by the U.S. states of New York, Vermont, New Hampshire, and Maine.

Several forms of gambling are legal within the province, and they’re overseen by the Quebec Alcohol, Racing, and Gaming Commission. This includes a provincial lottery, land-based casinos, and sports betting. The latter is the focus of this article, and we’ll be covering everything from legally wagering on sports to the types of available athletic competitions within the province.

Sports betting is legal in Quebec, and it’s managed by a company known as Loto-Quebec. The types of games offered are known by the name Mise-O-Jeu, and they can be found at the official website or through authorized local retailers such as convenience stores.

In accordance with the laws of Canada, wagers on a single sporting event are not allowed. Instead, the customer must engage in parlay betting by choosing from two to eight teams or players. Before they can do so, they must also prove that they’re a legal resident of Quebec and physically within the province.

If the online option is selected, the customer can choose several different methods for payment. These include credit cards, online bill payment, and Interac e-Transfer.

While this form of wager is convenient for local residents, it has the drawback of offering less-than-appealing odds. In some cases, this can mean the difference in as much as 21 cents for every dollar wagered. That number might not seem large by itself, but it can add up at a rapid rate. For this reason, a lot of hardcore gamblers within the province choose to conduct their business with online bookies.

When it comes time to place a wager, the customer has the ability to bet on the following sports:

The customer also has the choice of several different types of wagers. Some may vary depending on the time of year, but the main bets remain constant and include the following:

• Match Winner 2-Way – The player must predict the outcome of a sporting event, without the possibility of a tie between teams or players.

• Match Winner 3-Way – This is similar to the previous option, although the possibility of a tie is also added into the mix.

• Match Winner with Spread – The player must choose the winner of a game, but they also have to take a point spread into account. Even if a team wins the game, they might still end up a loser once the point spread is factored in.

• Opposing Players – This type of wager compares the performances of two players during an event or series of events. The objective is to choose the player with the best head-to-head stats, whether strikeouts, passing yards, or goals scored.

• Predictions – This game allows you to predict the outcome of various sporting events, and you get points for each successful pick. An online leaderboard keeps track of the players with the highest totals, and this also helps to determine the eventual prize pool winners.

Various types of sports play an important part in the culture of Quebec. From professional teams to backyard games, the residents of the province can often be found involved in athletic pursuits. At the very least, they enjoy watching—and sometimes betting on—a wide range of games.

For those who enjoy betting for (or against) the home team, here are some of the more notable options:

• Montreal Canadiens – An NHL franchise that’s won 24 Stanley Cups since they were founded in 1909.

• Montreal Impact – Major League Soccer franchise and winner of the Canadian Championship in 2013 and 2014.

In addition to these teams, Montreal also hosts the annual running of the Canadian Grand Prix. It’s one of the most-watched Formula One Grand Prix events in the world, and its viewership is often eclipsed only by the Super Bowl and UEFA League Final.

Collegiate sports in Canada aren’t as popular in the United States, but gamblers still view them as an opportunity to make money. For those who are thinking about betting on this form of athletic competition, here are some of the most promising men’s and women’s programs located within Quebec:

• The Gaiters of Bishop’s University

• The Stingers of Concordia University

• The Rouge-et-Or of Laval University

• The Redmen (men’s) and Martlets (women’s) of McGill University

• The Carabins of the Universite de Montreal

• The Le Vert & Or of the Universite de Sherbrooke

Residents of Quebec can sign up and wager at online bookmakers without fear of legal problems. Numerous offshore books cater to residents of the nation, and the French language and Canadian dollar are routinely accepted.

Keep in mind, however, that all Internet bookmakers are not created equal. Some are affiliated with organized crime, while others are just looking to rip you off. That’s why research is always important, and there are numerous online reviews and watchdog sites to assist you.

This French-speaking province has a solid assortment of betting options for gamblers, from land-based casinos to a state-run lottery. Quebec sports betting is also thriving, and residents can either try their luck at Mise-O-Jeu or head online in search of more competitive odds. No matter what kind of legal gambling you’re looking for, “The Beautiful Province” should have you covered.