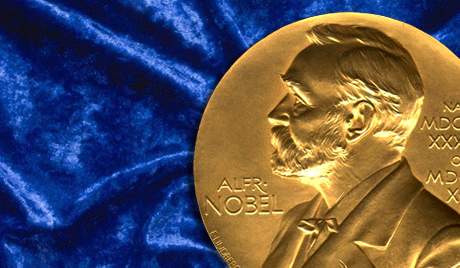 –There are 318 candidates for the Nobel Peace Prize for 2017 out of which 215 are individuals and 103 are organizations.

–The Nobel Peace Prize Award Ceremony takes place on 10 December in Oslo, Norway, where the Nobel Laureates receive their Nobel Prize, which consists of a Nobel Medal and Diploma, and a document confirming the prize amount.

I’ve set odds on a ridiculous array of sports and non-sport events in my career. From Lingerie Football to reality TV to celebrity boxing. This is the most challenging thing I’ve ever tried to set odds on.

Proposals received for the award of a prize, and investigations and opinions concerning the award of a prize, may not be divulged. A prize-awarding body may, however, after due consideration in each individual case, permit access to material which formed the basis for the evaluation and decision concerning a prize, for purposes of research in intellectual history. Such permission may not, however, be granted until at least 50 years have elapsed after the date on which the decision in question was made.

Not only is there no way to validate who the 2017 nominees are there’s no way to get any ‘past performance data’ either.

EVERYONE IS A NOBEL PEACE PRIZE NOMINEE

The mainstream media bit at the report that Donald Trump is a Nobel Peace Prize nominee. As far as anyone can determine he really has been nominated. A few clueless right wing media outlets claimed that this wasn’t reported by the ‘left wing media’ in an effort to invalidate Trump. Guess again. This year there are 318 eligible candidates for the Nobel Peace Prize. That’s the second most in history–in 2016 there were 376 candidates. The process isn’t much different from the Triple Crown nomination process whereby any three year old horse can be nominated for $500. That’s why being a contender to ‘make the Kentucky Derby’ is meaningless.

And who, may you ask, is eligible to nominate candidates? It’s a little more restrictive than voting eligibility for the NBA All Star game but not by much. Here’s the list of ‘Qualified Nominators’:

–Members of national assemblies and national governments (cabinet members/ministers) of sovereign states as well as current heads of states
–Members of The International Court of Justice in The Hague and The Permanent Court of Arbitration in The Hague
–Members of Institut de Droit International
–University professors, professors emeriti and associate professors of history, social sciences, law, philosophy, theology, and religion; university rectors and university directors (or their equivalents); directors of peace research institutes and foreign policy institutes
–Persons who have been awarded the Nobel Peace Prize
–Members of the main board of directors or its equivalent for organizations that have been awarded the Nobel Peace Prize
–Current and former members of the Norwegian Nobel Committee
–Former advisers to the Norwegian Nobel Committee

In other words, getting a Nobel Peace Prize nomination isn’t difficult. You’ll see a lot of people who list that on their resume as if it’s some serious honor. If I really set my mind to it I could probably get a nomination for 2018.

NO ONE KNOWS WHAT GOES ON BEHIND CLOSED DOORS

And we’re not talking about the Charlie Rich classic. So there’s no way of telling who is eligible but it doesn’t stop there. The Norwegian Nobel Committee then prepares a ‘short list’ of finalists. There’s no specific number on the short list but there’s been some suggestion by ‘insiders’ that there are 32 candidates on the 2017 list. Or at least we *think* that’s happened–there’s no firm deadline for this (the Nobel nomination rules only say it happens in ‘February or March’) and no public notification that this has happened.

The permanent staff at the Nobel Committee then gets to work researching each candidate and his qualifications. Their work is supposed to be done by August after which the five member Nobel Committee selects a winner through a majority vote. The vote is final and there’s no appeal either within the committee or by spurned nominees. The winner is announced in October (October 6 is the most likely date) with the Peace Prize Award Ceremony held on 10 December in Oslo, Norway.

There’s another fun twist that I forgot to mention. The Nobel Committee has the right to add any names they want to the nomination list. In other words, even if there was a way to determine the ‘short list’ candidates it doesn’t really matter since someone else could get added to the list at the last minute. You won’t be surprised to find out that the selection process for the five Nobel Committee members is also very secretive and heavily politicized. Members are ‘appointed by the Storting (essentially the Norwegian parliament). There’s not much clarity on how they’re selected but there is this blurb which isn’t particularly reassuring: “The Committee’s composition reflects the relative strengths of the political parties in the Storting, and is assisted by specially appointed expert advisers.” In other words, the committee is chosen by partisan political hacks assisted by a faceless group of ‘advisers’.

Every stage of the process is shaped by outside influences that would be right at home in FIFA or the International Olympic Committee. There’s been a nominal amount of pushback against what some think is a ‘corrupt process‘ and one that bears little resemblance to selection process and criteria envisioned by Alfred Nobel. According to these ‘Nobel dissidents’ he intended for the award to go to the ‘champions of peace’ that are working toward the ‘abolition of militarism’.

Alfred Nobel died in 1895 but it’s doubtful that he would have approved of winners such as Henry Kissinger or Al Gore, not to mention the 2008 award going to Barack Obama before he’d even moved into the White House. Reasonable people can disagree on Obama’s legacy but that’s like giving the ‘Father of the Year’ award to someone who doesn’t have kids yet. Everything about the process is politicized from who gets nominated to who wins. Edward Snowden deserves the award but reportedly ‘US influence’ is keeping him from getting it. There was similar ‘influence’ to get Obama and Gore their awards and to get John Kerry nominated. Some candidates are out of luck from the get-go since they champion a cause that might ‘offend’ some politically correct demographic or embarrass a world leader who also happens to be a ‘friend’ of the committee or someone on it.

And to make things all the more chaotic the Nobel Committee can choose to give the award to multiple parties. It can give the award to two people (they’ve done this 29 times) or even three (twice). The award has been given to entire organizations on 23 occasions, most recently in 2015 to the Tunisian National Dialogue Quartet. There’s also been 19 years in which the Peace Prize wasn’t awarded at all, mostly during wartime when advocates of ‘peace’ are hard to come by. The last time there was no award given was in 1972. Le Duc Tho was co-winner with Henry Kissinger in 1973 but declined the prize. Interestingly, the Nobel rules strictly prohibit awards being given posthumously though this proviso was added in 1974 so its of fairly recent vintage. I guess it’s hard to curry political favor with the deceased.

Setting these odds wasn’t much different than any other awards except there’s no way of knowing who is nominated and the criteria by which the winner will be selected. It was a lot of research with the names of most candidates coming from public disclosure by the person making the nomination. A few were added based on input from Nobel Prize insiders (there actually is such a thing). Unlike many bookmakers who do prices on this kind of event none of the names are here just for a ‘goof’–not even Rihanna who was Harvard University’s ‘Humanitarian of the Year’ last year.

Once I pulled a list together I started reading through analysis of the candidates as well as Nobel Peace Prize analysis in recent years. There is a lot to suggest that having a good PR department helps as does having a ‘trendy’ area of advocacy. Everything is subject to the aforementioned political criteria. There was reportedly a lot of US influence during the Obama years but I’m guessing that’s no longer the case with Donald Trump in the White House. This might mean that if there’s a year that a winner could be someone problematic to the US this might be the year. That’s one of the reasons I have Edward Snowden at such a low price. Most of the other favorites are anti-war advocates as my hunch is that this will ‘play well’ with the perception of greater militarism with Trump in command.