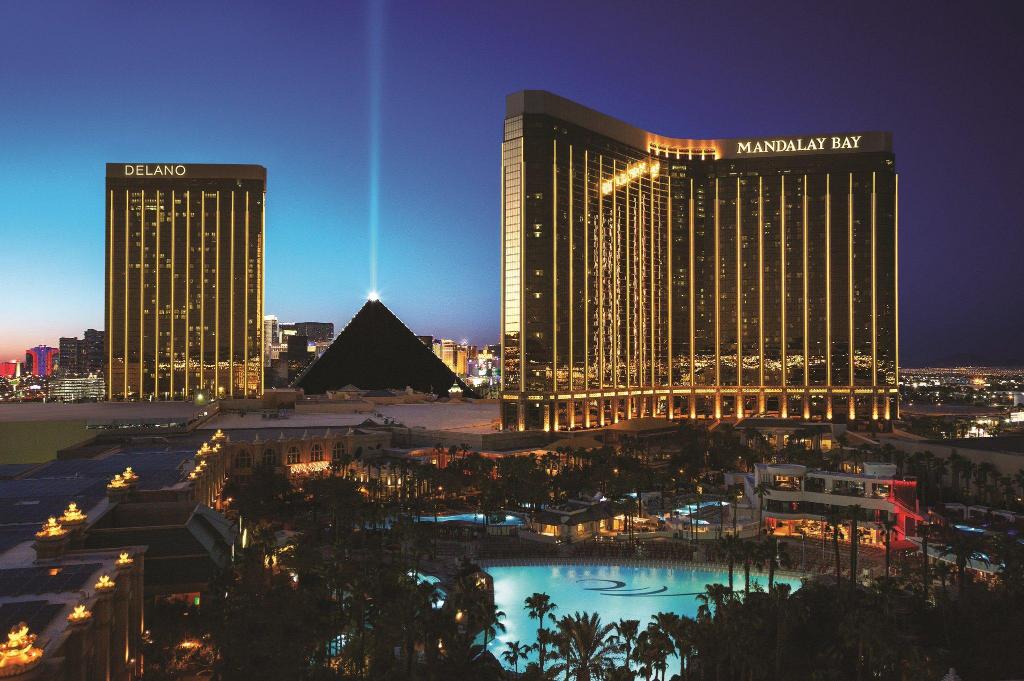 The Mandalay Bay Events Center opened in 1999 adjacent to the Mandalay Bay Resort & Casino in Las Vegas. Since then, the 12,000 seat venue has hosted countless concerts, fights, and other events. For awhile, it was a frequent venue for UFC and boxing events but the COVID-19 pandemic put the kibosh on that.

At some point we’ll be allowed to go to live fight cards again but it won’t be at the Mandalay Bay Events Center. Thanks to a multi-year partnership between MGM Resorts and Anheuser-Busch the venue will now be known as the Michelob ULTRA Arena. Here’s how the press release from MGM Resorts explained it:

The agreement’s integration will feature a variety of assets inside the Michelob ULTRA Arena and at select bars and lounges throughout the property. Anheuser-Busch will have the opportunity to sponsor various activations and exclusive on-property special events through the duration of the agreement.

When you think about it, it’s somewhat surprising that it get a sponsor and a brand name before now. Maybe the logic was that the name recognition of the hotel/casino was more valuable than any revenue that they’d get from naming rights. That logic would also explain the non-branded MGM Grand Garden Arena right across the street.

Chuck Bowling, President and COO for Mandalay Bay, had these comments about the partnership with Anheuser-Busch:

“We’re pleased to welcome Anheuser-Busch, a company we have great admiration for, as our naming rights partner at Mandalay Bay. As the leader in the entertainment industry, we look forward to working with the Anheuser-Busch team in our shared commitment to providing guests unforgettable entertainment experiences.”

“Las Vegas is one of the world’s most exciting sports and entertainment destinations, and Mandalay Bay is regularly in the midst of all of that excitement. As the world returns to traveling and enjoying entertainment, we look forward to all of the events to come at the Michelob ULTRA Arena.”

Here’s the blurb about the venue from the press release with some of the events that it has hosted.

In 2019, the arena completed a venue refresh with major renovations that enhance the guest event experience, including upgrades to the venue’s seating, concourse and in-arena signage, food and beverage options, locker rooms, technology and lighting system.